More Than Just a Familiar Formula

Mute, not Altered Carbon, is the Netflix original everyone should be watching. 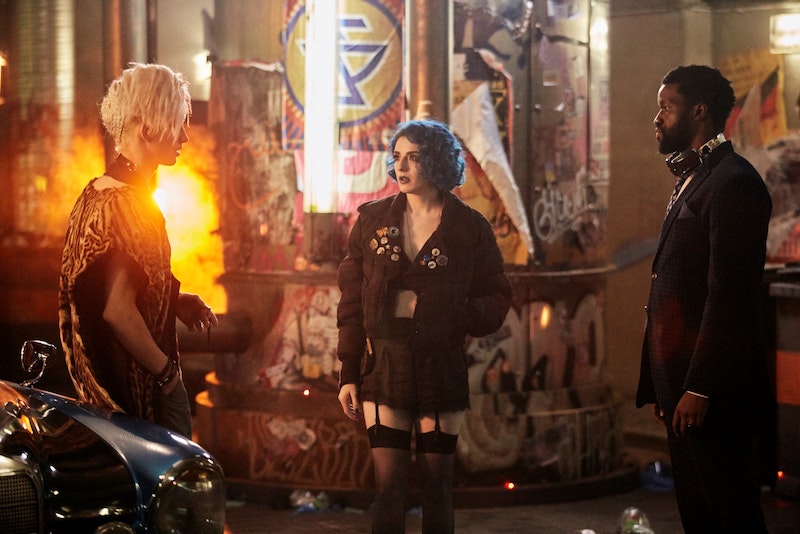 Netflix’s Mute is, above all else, a horror film. On the surface, it’s a science fiction drama set in Berlin about 40 years in the future. It features a bartender named Leo who goes on a quest to find out what happened to his girlfriend even though he can’t speak, is a gentle soul, and catches a beating in every other scene.

The film is built around a thriller formula, what TV Tropes calls the “I Will Find You” plot, which typically has “two people who have become separated by fate or circumstance, and thus cannot be together. One or both will try to search for the other, promising that they will never stop until they have reunited with their loved one.” It’s a mechanism often found in airport paperbacks, lazy summer movies, and TV adventure dramas. And yet, Mute is better than that.

It has to be. So many other films simply let the formula plot do the work: an unremarkable male protagonist, a vulnerable dependent abducted by dastardly villains, and a colorful obstacle-strewn distance between those two points. For example, Taken features Liam Neeson as ex-CIA agent Bryan Mills who must rescue his teenage daughter from kidnappers. Kurt Russell, as Jeff Taylor in Breakdown, goes on a quest to find his wife after she vanishes from a truck stop in the middle of nowhere. Airwolf’s Stringfellow Hawke will hunt for his brother St. John (lost in Vietnam) until the series gets cancelled. Thomas Magnum is perpetually in search of his missing Navy pal Mac (possibly killed by the KGB). And every other James Patterson novel seems to have a similar quest ingrained in some character’s backstory as a way to drive the plot when it gets stagnant.

The formula never goes out of style because it taps into a primal fear that there are always monsters, hillbillies, Viet Cong, KGB agents, or crazed religious extremists lurking in the shrubbery. It also invokes the very modern, middle-class anxiety that any lapse in concentration, any break in vigilance, and the comforts of modern family life can be unceremoniously snatched away. And the bogyman in question is always drawn from the fears of the day. Where the kidnappers used to be a secret Gestapos, North Vietnamese, or Russian operatives, now we see terrorists, arms dealers, and NSA sadists fresh off the boat from Guantanamo.

Mute has some of this. But 10 minutes in, it’s darker, and more pain-ridden than the usual Hollywood fare. It’s a social condemnation masquerading as a movie of the week, a harsh critique with its finger pointed squarely at the viewer. Mute wants us to recall laughing at Gomer Pyle, Hogan’s Heroes, M*A*S*H, Lethal Weapon, Die Hard, consequence-free Marvel violence, or any Guy Ritchie or Tarantino film where murder is merely a pretext for frat house banter.

It takes elements from all of these and repackages them as something hideous. We can quote Snatch or Pulp Fiction and laugh as long as we don’t notice Leo Beiler, Mute’s voiceless protagonist, passing silent judgment on our lack of feeling with tears running down his cheeks. The film shows us the consequences of seeing the world like a cartoon. It seems at first like light sci-fi entertainment, something on par with Altered Carbon, but it’s far more serious, difficult, and ultimately better.

Time is fluid in Mute. The Amish are alive and well in Blade Runner Berlin, and the cavalier attitudes of adventurism, sexism, and arrogance that informed the war movies and action films of past decades are still around—if malignant and horrifying. Mute’s most disturbing, pervasive call-back uses Robert Altman’s 1970 adaptation of M*A*S*H.

Altman had Hawkeye and Duke. Mute has Cactus and Duck. But where Donald Sutherland and Tom Skerritt delivered a complex, deliberately outrageous social satire in the tradition of Catch-22 and One Flew Over the Cuckoo’s Nest, Paul Rudd and Justin Theroux have fully become the beasts they hate. Mute isn’t about satirical non-conformity because it’s not interested in redemption.

Cactus is who Hawkeye becomes after he loses his protective sense of humor: an obnoxious wife-murdering psychopath with a razor-sharp hunting knife and a predilection for basement torture. He’s caused so much pain by the end of the film that we hate him. But we also feel sorry for him. Cactus is a wounded animal—bewildered, aggrieved, striking out at anything around him. He has no critical distance, and is unable to put anything into perspective.

Similarly, we feel sorry for Duck, who channels Duke Forrest’s considerable wit and yet radiates a constant inner suffering so profound that we imagine suicide can never be too far from his thoughts. He’s become a frustrated cringing pedophile. We pity and despise him the way he must pity and despise himself. One of the saddest moments in Mute is where Duck looks down at his old friend and makes the choice to let Cactus die. Duck says, “I always knew your temper was going to get you into trouble,” and we feel Duck’s morose pathological fatalism.

Understanding the essential difference between the two films is like coming back to your childhood home and looking in your old bedroom mirror after all your crimes of moral turpitude, your convictions, your exile and shame, and admitting once and for all that you’ve forgotten how to laugh. You’re no longer recognizable to yourself. Mute is M*A*S*H all grown up, where the cynicism, sexism, and non-conformity of Altman’s black comedy has finally metastasized into rage, murder, and paedophilia, while voiceless children are forced to watch.

Hunter Thompson dedicated Fear and Loathing in Las Vegas with a quote from Samuel Johnson: “He who makes a beast of himself gets rid of the pain of being a man,” which also expresses the central theme of Mute. Terry Gilliam preserved this for the beginning of his Depp film adaptation for good reason. Thompson’s 1971 book and Gilliam’s film both radiate a certain despair about the fall of America. Hiding in a hotel room, Raoul Duke gets a call from the front desk:

“We're watching the goddamn news!” I screamed. “What the fuck are you interrupting me for?” Silence.

“What do you want? Where's the goddamn ice I ordered? Where's the booze? There's a war on, man! People are being killed!"

“Killed?” He almost whispered the word.

“In Vietnam!” I yelled. “On the goddamn television!"

Mute looks back through time at the fall of the west—particularly to how our stories treat violence and pain, how we’ve tried to use those stories to laugh off war, murder, and the exploitation of innocents—and offers Raoul Duke a horrific yet persuasive 21st century answer.