David and Lisa Gets Psychiatry Right 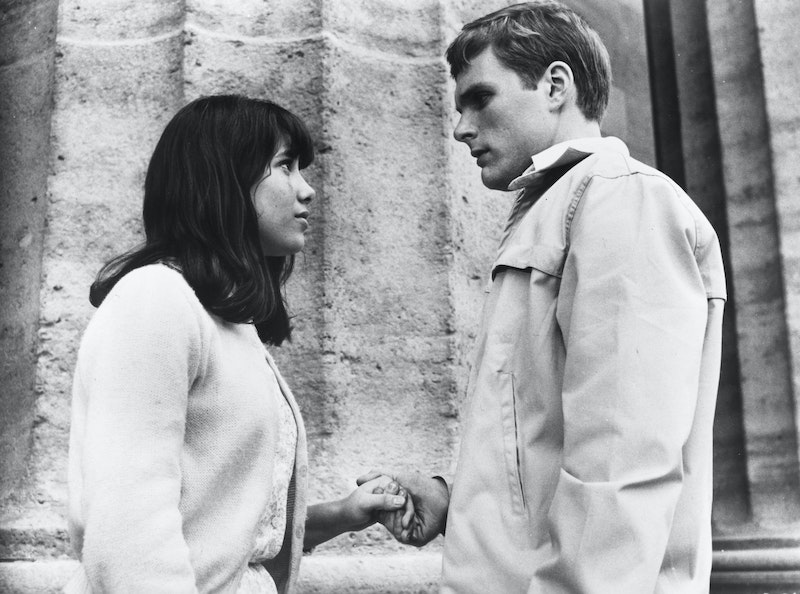 Released in 1962, David and Lisa is the seventh film in the Criterion Channel’s Frame of Mind collection of movies about psychiatry, and there’s something intriguing in the way the screen image of psychiatrists has changed since the collection’s first film, 1939's Blind Alley. There’s a move away from pulp and toward a new realism. Early movies gave us wizardlike psychiatrists who stood above their patients and explicated their minds with perfect accuracy. David and Lisa follows films like The Mark and The Cobweb in presenting a psychiatrist with less certainty but more empathy: a listener, not an overseer. Less confident, he’s correspondingly more sympathetic, as well as more believable.

David and Lisa is based on the novella “Lisa and David,” written by Theodore Isaac Rubin, with the names flipped for the screen version to avoid confusion with the contemporary film Lisa. Rubin was a relatively young analyst who’d go on to a long career of writing popular books about psychotherapy—he coined the term “comfort food.” His story was adapted by the husband-and-wife pair of Eleanor and Frank Perry, with Eleanor handling the script and Frank the direction. Eleanor Perry had a master’s degree in psychiatric social work. So the people behind this story knew what they were talking about.

David and Lisa opens as David (Keir Dullea), a neurotic youth who can’t bear to be touched and is obsessed with time, comes to a Pennsylvania psychiatric clinic and meets Lisa (Janet Margolin), a young woman with two distinct personalities. One of Lisa’s personas will speak to other people only in rhyme, while the other communicates only by drawing. As David works with a psychiatrist, Doctor Swinford (Howard Da Silva), he draws closer to Lisa and the two help each other with their respective mental illnesses. Various complications occur, as the film unfolds in scenes like a series of anecdotes, leading to an understated mutual breakthrough.

It’s put together very nicely, and looks good. High contrast black-and-white photography was a mature technology by the 1960s, and the film’s eye-catching in a period way. Occasional dream sequences, in which David struggles with a giant clock, are simple but effective. The leads give fine performances; Margolin’s affecting as Lisa without being plangent, while Dullea effectively carries the movie. He’s reserved yet charismatic, and it’s not hard to see the affect he’d later take into 2001.

Da Silva’s slightly harried Swinford makes for an interesting contrast to both of them. He’s the sympathetic adult, a sounding board and a facilitator. Earlier films might’ve imagined a magisterial psychiatrist delivering easy pronouncements about how to reach a certain cure, but there’s nothing like that here. Instead, Swinford’s a friend to David. He listens, and he asks questions. When, early in the film, David says Swinford’s won a battle, Swinford says he didn’t know they’d been fighting—and you believe him.

This matters because one of the subtexts of the film is the struggle of two young people to cope with the reality shaped by their elders. Among other things, David and Lisa is a story of generational conflict, a look at troubled teens in the years after the “teenager” was first defined but before the Summer of Love and psychedelics. Drugs of any kind are barely mentioned here: the cure for both David and Lisa is talk therapy and human connection.

At the core of the film is the idea of two troubled people helping each other. This is a conventional idea, and the movie’s main weakness is its occasional use of standard Hollywood character conventions: David the repressed intellectual, Lisa the poetic free spirit. Its main strength is that it’s not limited to the conventional. The upbeat ending doesn’t promise that both main characters have been entirely cured, only that together they’ve each taken a single step forward. It’s a strong balancing act, and satisfying precisely because it’s underplayed.

There are no quick fixes here for mental illness. Instead of a cerebral, detached analyst ordaining treatment with cut-and-dried precision, David and Lisa shows us two people stumbling along supporting each other. Authority figures aren’t the solution. Swinford, the best of them, is there only to help the young people help themselves. That contrasts dramatically with David’s home life, especially his relationship with his mother—bossy, baffled by her son, she embodies the generation gap, a figure from a world of rules who by her nature can’t help someone who doesn’t fit into those rules.

Thus Swinford, relatable because he’s uncertain. Because he doesn’t claim to have all the answers we accept him as wise. He doesn’t try to derive an easy diagnosis from a set of mental symptoms—David does that, after meeting Lisa early in the film. It’s that Swinford neither agrees nor disagrees with David’s conclusion that makes him sympathetic.

There’s a realism here; it’s not surprising an actual therapist was behind the story. This is a movie that’s aware people not only have two sides to them, but can show them both at once—as Swinford tells David, it’s possible to hate and love someone at the same time. Lisa literally has two sides to her, but then David also has both a fear of the world and a fascination with the inevitability of time. The film’s about them integrating their paradoxes, and it works because it lets paradoxes exist as a part of who people are.

This means that the psychiatrist who oversees the main characters has no pretense to omniscience, but is instead someone you believe actually helps his young patients. Not simply a dramatic foil, Swinford’s a human being relating to human beings in the course of a very human story that lets even a psychiatrist have the roundedness of a well-constructed character.