What If Patients Ran Their Own Asylum?

The 1973 Mexican film Dr. Tarr’s Torture Dungeon tries to answer this question and many more. 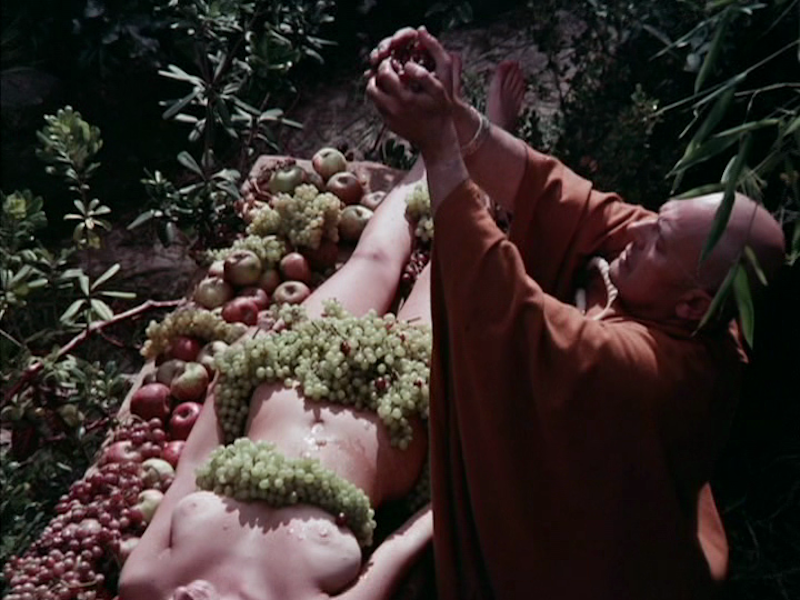 What would happen if the patients ran the asylum? What if the doctors were so negligent they couldn’t do anything to assist the process of healing? Would it matter who was in charge of treating the sick? And what if the hospital was so far out in the middle of nowhere that most citizens would forget the place even existed? The Mexican film Dr. Tarr’s Torture Dungeon tries to answer all of these questions. Even though it holds no clear moral agenda, this 1973 film bears the influence of shattered repression that characterized many of the creative works that emerged from Mexico’s early-1970s experimental art scene.

A large number of artists who worked on this film were part of Alejandro Jodorowsky’s regular late-60s/70s crew. Others came from an avant-garde theater background. Among this assemblage, costume/set designer Leonora Carrington stands tall. Her work is the defining visual element of Dr. Tarr’s and worth star billing even over the stunning contributions made by director/writer Juan Lopez Moctezuma and writers Gabriel Weisz and Carlos Illescas. If you’re a fan of Holy Mountain and other deep-fried Mexican classics, this movie has plenty to offer.

“The System Of Doctor Tarr And Professor Fether” was the short political satire piece by Edgar Allan Poe that inspired Dr. Tarr’s Torture Dungeon. The film can be viewed as a loose interpretation of the story due to its elements of swashbuckling adventure, slapstick comedy, and eroticism, which weren’t big elements of the Poe work. It’s yet another one of those artsy weird movies that hides its high concept political subversion behind a wacky exploitive title and lots of nudity, including a striking Lady Godiva-esque opening scene that’s a perfect summary of the movie’s cracked tone.

The plot centers on journalist Gaston LeBlanc (Arthur Hansel) and his investigation of a mental institution located deep in a European forest. The nameless insane asylum becomes well known for its radical treatments, all of which were partially developed by the institution’s head administrator Dr. Maillard (Claudio Brook). Other than LeBlanc and the doctor’s niece Eugenie (Ellen Sherman), Maillard is the only sane person there; he’s also the only medical pro at the facility. Despite appearing to be sane, for some mysterious reason Eugenie is intermittently kept under Svengali-like control by her uncle, the first of many clues that all’s not serene for those supposedly benefitting from Maillard’s off-kilter psychiatric care.

The most iconic scene occurs early. It’s also one of the funniest moments, a dark allusion to the avalanche of violence and depravity that fills up the remainder of the picture. LeBlanc strolls along nonchalantly while Maillard gets drunk on his own self-righteous monologue, a jolly brag-fest highlighting the finer points of the new medical approach: “This… kills their inactiveness and changes them to such an extent that they forget their aggressive nature. Oh wonder of wonders! And so animal instinct is conquered by intelligence...”

With an overcast sky heaving in the distance and ominous atonal music swelling in the background, that clueless hyperbole floats through the air concurrently to a scene in which mental patients, clad in shredded soiled clothing, ecstatically beat the crap out of each other with giant clubs while running down a filthy cobblestone walkway.

Whenever the mentally ill become a threat they’re subdued by Maillard, LeBlanc, or Eugenie, but this never feels conventionally heroic. Mental illness is not romanticized or stereotyped. The film depicts a demonized health care infrastructure and its relationship to the diplomatic and legal loopholes that narcissists use to exploit the vulnerable. Much like French anti-war opus King Of Hearts, the institutionalized characters transcend alignment and reflect a wide variety of human experiences, from violent and dangerous, to eccentric and comedic, to seductive and empathic, to spiritual and visionary. The accomplished doctor and his negligent views on health care are all that control the forces of terror.