Always on the Brink

On cult filmmaker Bill Rebane and his work, including The Demon of Ludlow (1983). 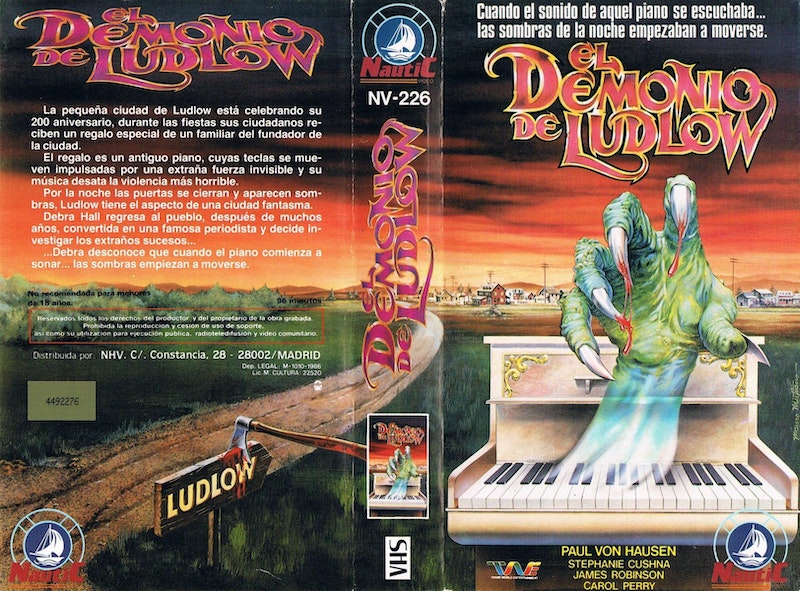 Filmmaker Bill Rebane became a cult figure among B-movie fans for the cut-and-paste sci-fi flick Monster A-Go-Go, a rare collaboration completed with gore movie pioneer H.G. Lewis. Mainstream critics have never warmed to Rebane thanks to the oblique plot points, woozy pacing, and flimsy production values that define his oeuvre. Usually employing amateur actors from his rural Wisconsin base, informality is always at the core of these efforts. The emptiness and solitude of life in small-town America controls the tension in these films. Many of them wallow in dense shadows and muddled sound, making it often impossible to see and hear actors clearly emoting or speaking. To those who enjoy conventional Hollywood fare, Rebane’s approach is psychological torture, but for those who love found footage movies and the French New Wave these are essential missing links in the evolution that connects today’s indie cinema, B-movie exploitation, and the post-WW2 avant-garde.

The 1983 thriller The Demons of Ludlow is one of Rebane’s most ambitious works. The film deals with a tragic 18th-century incident that haunts the economically-depressed burg of Ludlow as it attempts to transform a vintage keyboard instrument into a quaint tourist attraction. The plans fizzle as the ornate antique’s unveiling coincides with a rash of murders and violent attacks perpetrated by ghosts and aimed at the distant relatives of town founders. Dream sequences depicting events hundreds of years in the past intermingle sloppily with the more recent chaos. The town’s frazzled spirits are aesthetically schizoid: one scene has them decked out in frilly costumes that look like donations from a historical society; the next has them looking like a Laserium version of the horrors from Tobe Hooper’s Poltergeist.

With murky exterior shots filmed in winter, there’s an icy desolation running throughout which meshes perfectly with the brilliant performance of one-and-done thespian C. Dave Davis who plays the town’s despicable self-centered mayor. Davis’ nameless character is an icon of cruelty and delusion. His obsesses over money while aggressively ignoring Ludlow’s bleak future to such an extent that he tries to blame a mentally ill-young girl for her own savage mutilation and assault; he tries to convince a local preacher that the girl committed suicide by ripping herself apart.

A dwindling local population dominated by elderly people further adds to Ludlow’s status as a community teetering at the brink of death. Actors clad in goofy 1980s fashions and a proggy/ambient synth score give Demons a strong period piece feel that’s reinforced even more by shoddy set dressing that recalls that of the Carol Burnett Show spin-off Mama’s Family. As ghosts tear through the population a gaudy parade of cheap special effects accompanies each blood bath (i.e., furniture “floating” around on strings, chintzy multi-colored stage lights and flares, gore effects crafted from hastily staged scraps of raw meat, etc.).

The truth about Ludlow’s dark history emerges when two diligent newspaper reporters show up to research the town and its weird musical artifacts. Neither of these characters is subjected to the intense level of supernatural brutality that destroys others. Their safety symbolizes the confrontation of the past as progress’ ultimate salvation.