Us combines masterful visuals with dense storytelling, and a half-dozen instant-classic sequences. And it's scary as hell. A 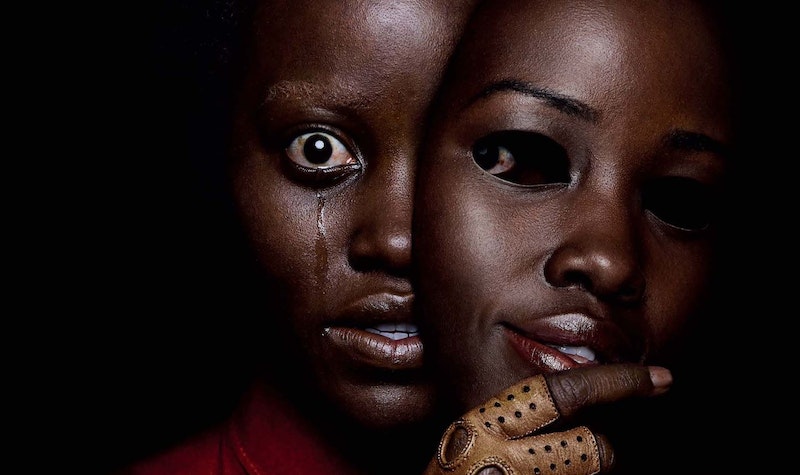 Two years after re-writing the rules of horror filmmaking with 2017’s Get Out, director Jordan Peele returns with Us, an achievement that's nearly the equal of his earlier film. Us combines masterful visuals with dense storytelling, and a half-dozen instant-classic sequences. And it's scary as hell.

It’s not as if there was much concern that Get Out was a fluke, but Us firmly cements Peele as one of the most vital, talented, and important voices in film today.

Peele's new film has a lot on its mind and juggles it all with nearly complete success. Us introduces numerous elements—a certain biblical verse, bunnies, references to Hands Across America and the nation's supposed system of underground tunnels—and makes each of them pay off down the line. Like Get Out, Us practically demands repeat viewings.

I'll reveal what happens in the first act. A family (parents Lupita Nyong'o and Winston Duke, and kids Evan Alex and Shahadi Wright Joseph) go on vacation to a lake house on the California coast. The mother is nervous, having suffered a childhood trauma on the nearby Santa Cruz boardwalk. And then, one night, a family of doppelgängers shows up at their door.

The introduction of the doppelgänger family is a brilliantly chilling scene, helped mostly by off-kilter movements and delivery by Nyong'o, that recalls some of the famous dream sequences on Twin Peaks. She's excellent throughout, but it’s that particular sequence that represents the best work the actress has done since her Oscar-winning turn in 12 Years a Slave. Duke, best known for Black Panther, finds just the right energy as the formidable but somewhat dorky father.

The film also casts Tim Heidecker and Elisabeth Moss as the main family's friends, nightmarish yuppies who drink on the beach and seem to hate each other. A scene at their beach is another instant classic, from the name the film gives the Alexa-life device in their home to the two perfect musical choices.

Tim and Eric Awesome Show, Great Job!, Heidecker’s old TV show, wasn’t my thing, but I've always found Heidecker fascinating as a movie actor, while Moss shines in a gonzo performance that's against type. The actress, oddly enough, starred with Mark Duplass in 2014's The One I Love, which also involved a vacation house and mysterious doppelgängers.

Besides David Lynch, Stanley Kubrick is also an influence, especially The Shining. There are also echoes of the TV series The Leftovers, as well as that certain biblical verse that subtly pops up throughout the film, in the tradition of Exodus 8:2 throughout Paul Thomas Anderson's Magnolia (PTA is thanked in the film's acknowledgements.)

Among other notable talents, Jordan Peele's got an eye for what’s naturally eerie. Like a hall of mirrors, or a festival boardwalk that's completely empty. Or the feeling of helming a boat that you're not sure you know how to drive.

Us isn't quite the incendiary racial gut-punch that Peele's previous film was, but it offers a couple of different valid allegorical elements, which are certainly open to interpretation. The film’s ultimate meaning is going to be divisive, as is what filmgoers think about the final twist. Also like Get Out, Us plays best with the energy of a crowd. I highly recommend seeing Us in a city theater, that's completely full, preferably on opening night.