The production design and costumes are impressive, and Stone gives her all. But that’s it. C- 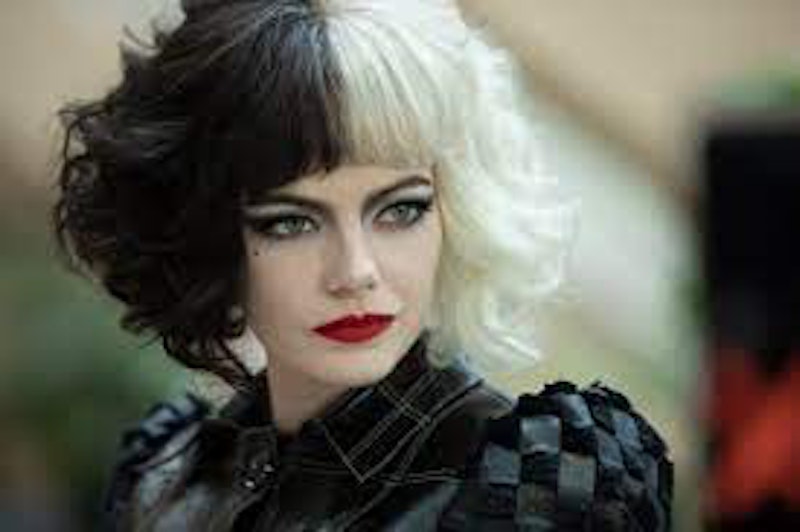 A lot of people make fun of Disney for wringing the same movie projects, over and over again, out of their vast reserves of intellectual property. True, this strategy can lead to shows and movies that are surprisingly good. Then, there’s Cruella. It’s a live-action supervillain origin story for Cruella de Vil, the villain from the 101 Dalmatians universe, who was always an evil cartoon until Glenn Close played her in a pair of hit live-action movies in the 1990s. Now, a younger Cruella is played by Emma Stone, in her first movie starring role since The Favourite, nearly three years ago.

Some have objected to the idea of a movie, especially one for kids, seeking to humanize a character who's best known for wanting to kill dogs. I wasn't bothered by that, since no dogs are harmed. However, the film's explanation for Cruella's motivation for hating Dalmatians was so ludicrous that it took me out of the movie for a half hour.

That's just the first misstep in a misconceived film that tries to do many things and does most of them poorly. Directed by Craig Gillespie, Cruella is simultaneously a supervillain origin story, a revenge tale, a mystery, a heist picture, and a satire of intrigue in the 1970s London fashion world. Cruella, known originally as Estella, is an orphan in 1960s London, whose mother (Emily Beecham) died under tragic circumstances. By the early-70s, she's hooked up with a duo of bumbling sidekicks (Joel Fry and Paul Walter Hauser), to perform heists. Eventually she ends up in the employ of the Baroness (Emma Thompson), a top fashion designer and evil aristocrat.

The second act is an extended riff on The Devil Wears Prada, with the Stanley Tucci long-suffering sidekick role played by Tucci lookalike Mark Strong; that movie's screenwriter, Aline Brosh McKenna, is one of Cruella's five writers. But later the familiar Cruella persona emerges, and the film turns into a proxy battle for the soul of British fashion, which I gather is based on the work of Vivienne Westwood.

There's a Malcolm McLaren stand-in, played by John McCrea. That character has been pitched in advanced buzz as "Disney's first gay character," but the character is never established as gay, the real-life McLaren was straight, and Disney's had a bunch of other "first gay characters" before. The film’s focus jumps all over the place, padding its running time to a too-long134 minutes. The cast is also full of characters the movie doesn't have time for, including a journalist played by Kirby Howell-Baptiste and a lawyer played by What We Do in the Shadows' great Kayvan Novak. I kept expecting the movie to give them a plot or even a scene, but I guess that's waiting for the sequel.

The film is scored by Nicholas Britell, the hot composer of the moment, who did Barry Jenkins' movies and also Succession. But there isn't much score here at all—instead, the film is soundtracked wall-to-wall with an endless series of classic rock needle-drops—something familiar from the director's previous film, I, Tonya. Not only are these songs a distraction, but they’re mixed uncomfortably loud, compared with the dialogue. The production design and costumes are impressive, and Stone gives her all. But that’s it.