The Damned (1969) is lost in the sea of fetishistic aesthetics and that has, paradoxically, lost the language of cinema. 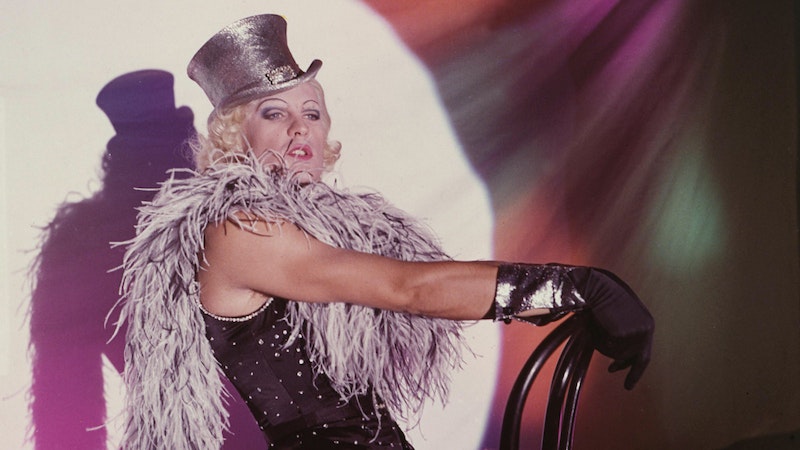 It’s common knowledge among opera lovers that one never goes to see an opera without being closely familiar with the plot, yet plot is mostly secondary to the experience of the music. To see Luchino Visconti’s The Damned (1969), one might apply the same approach. The plot’s indeed operatic—National Socialists and Hitler are almost fully in power, and the family patriarch, Baron Joachim von Essenbeck (based on the German Krupp family of steel industrialists) has been murdered. He opposed the Nazis and the business is taken over by the SA Konstantin who’s interested in furthering the business with the newly-established regime.

The business’ vice president is framed for the murder and taken away by the Gestapo. His wife and children try to escape but we find out that they are taken away to one of the concentration camps. In the meantime, Baron Joachim’s daughter-in-law, Sophie (Ingrid Thulin) is plotting her own nefarious plans to take over the family’s empire with her lover, Friedrich Bruckmann (Dirk Bogarde). She’s clearly controlling him, despite his own propensity for corruption.

Sophie’s son, Martin (Helmut Berger) is caught in the middle of different worlds, and one tension throughout the film is whether he’ll finally join the Nazi party and become the heir to the family business empire.

The death of Baron Joachim has activated every possible perversion of this strange family. The opening shots of prim and proper dinner, of seeming respect that’s shown to Joachim quickly dies as soon as Joachim himself expires. He represents not only the stability of the family but also of a different picture of Germany before Nazis took over. He also represents a sense of morality, and we see this especially in the performance scene, in which members of the family engage in a show. Martin steps on the makeshift stage, dressed in drag, channeling Marlene Dietrich’s Lola Lola in The Blue Angel (1930), and begins to sing. Some family members are amused, some aroused, some uneasy, and Joachim shows disgust at the display.

As the film unfolds, so do perversions. Martin’s a pedophile who’s molesting a young Jewish girl, who in turn commits suicide. Konstantin ultimately gets killed after a long night of a homosexual orgy—a series of shots alluding to the The Night of the Long Knives, in which SA members were executed by Hitler’s SS. The culmination of disgust and perversion is fully contained in incest—Martin initially forces himself on his domineering mother who ends up gladly accepting the unnatural desire.

Where in all of this is Dirk Bogarde? His name is featured prominently in the film’s opening credits, yet the scenes that feature Bogarde are a few and far between. In particular, Visconti cut many shots in which Bogarde’s character feels remorse for the murders committed. As expected, Bogarde is intense in every scene in which he’s featured. He brings out perfection in every utterance and every movement, and through this, he transcends some of Visconti’s fetishization of Nazism. He brings depth to the film as does the incomparable Ingrid Thulin. But again, they are mere props in Visconti’s over-the-top, campy, homoerotic opera.

It’s obvious that Visconti isn’t interested in evocation of any emotional attachment, and the concept of taste in art becomes meaningless and inapplicable. Visconti has created a work that reaches such heights of aesthetics and stylization that it ends up annihilating itself in the process. The treatment of the Shoah is forgotten, and even the suicide of the little Jewish girl is a mere aesthetic prop for Visconti. We could make an argument that Visconti wishes to show the complexity and at the same time, emptiness of the aesthetic world of Nazis who attempted to destroy the ethics of Judaism, but as a critic, I’d be too generous since I don’t think that was his intent at all.

The prime example is Visconti’s obsession with the character of Martin. This was an introduction of Helmut Berger into the acting world. At the time, Visconti was engaged in a relationship with Berger. The entire film revolves around Martin, who serves as a piece of homoerotic fantasy and aesthetic perfection. This flesh for fantasy is created as a serious work of art. Martin’s strangely dignified in his perversions because Visconti is elevating him into such artisitic heights to the point where he’s not a human being anymore. But perhaps, he never was, and Visconti knew this. He’s sharply contrasted with the comedic campiness of the homosexual orgy, which at times looks more like Don Edmonds’ sexploitation B-movie, Ilsa, She Wolf of the SS (1975) than an art film.

But even in the director’s attempt to make a series of juxtapositions, the film becomes an obsessive ode to Berger. It would’ve had more power if Visconti showed the difference between real human suffering and the aestheticization of evil, which was part of Nazi ideology. Instead, we’re left with a film that is incredibly lost in the sea of fetishistic aesthetics and that has, paradoxically, lost the language of cinema.