But MCU crossovers are always about the white guys. 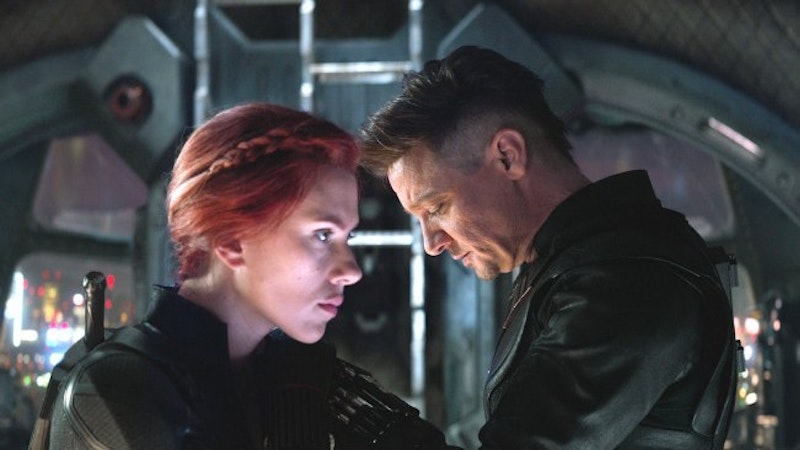 MCU crossover films are hell on women. Captain Marvel, released earlier this year, featured the first female protagonist in the Marvel Cinematic Universe, a cosmic-powered unstoppable force who blasted apart spaceships and gas-lit dude-bros with equal aplomb. Then along comes Avengers: Endgame, and Captain Marvel/Carol Danvers (Brie Larson) is hardly onscreen. Meanwhile, the other most prominent woman in the Marvel stable sacrifices herself for the good of the universe. Her memorial is a passing mention at Tony Stark's massive funeral.

This isn't an accident. The MCU has made some efforts to diversify its lineup and provide heroes for women and people of color as well as white guys. But crossovers tend to stagger back to the reactionary default. When you put heroes together, the stories center on the ones who are considered most iconic, or most important—and since all these characters were created decades ago, that means almost all white guys. More, group stories tend to be logistically complicated; writers have all they can do to get everyone in the same place. They rarely bother to offer the kind of critique or questioning of the superhero genre you get in stories about people who don't usually get to be considered heroes.

For example, the Marvel Netflix shows were deliberately focused on small-scale heroes, far from centers of power. That gave creators a chance to explore different kinds of narratives. Luke Cage was about black community and to some degree black struggle. Jessica Jones' first season was a narrative about a woman fighting against her abuser and rapist. But when the Netflix universe attempted a crossover, the funkier, less staid stories were abandoned. The team-up series The Defenders included Cage and Jones, but the central character was billionaire white guy heir Danny Rand, aka Iron Fist, and his fight to prove himself worthy of his destiny. Jessica and Luke become sidekicks. The white guy's story was treated as the important one, encompassing everyone else's.

That's what happens in Endgame too. The MCU has dozens of characters at this point. But the two most important ones are Tony Stark/Iron Man (Robert Downey Jr.) and Steve Rogers/Captain America (Chris Evans.) Their conflicts and reconciliations have been at the heart of all the crossover films, and they dominate Endgame as well.

The character who’s always lost out in the Cap/Tony bromance is Natasha Romanoff/Black Widow. Scarlett Johansson is one of the biggest names in Hollywood. But her character has been relegated to supporting status; she's appeared in Iron Man films, Captain America films, and Avengers filmed, but never headlined her own title. Even though she's one of the most bankable actresses in Hollywood.

Black Widow doesn't even engage in any super heroics. She mopes around for an hour or so and then throws herself off a cliff to give Tony and Cap a chance to save the world. She's spent her entire time in the MCU as an afterthought, and that's how she ends her story.

It's not just Black Widow. Black Panther was a huge commercial success. It was also probably the most critically acclaimed film in the franchise, widely celebrated for its Afrofuturist vision and its wide range of complex, fully realized black characters. But in Endgame, the people of Wakanda are little more than canon fodder; Black Panther has a 30-second action sequence and that's about it. In their own films, black people and white women can be the stars, but when they move into the team-up stories, they're just second bananas.

Is this inevitable? Maybe not. Into the Spiderverse was a non-MCU film with a black protagonist, and white men functioning as second stringers. And in the MCU itself, with Stark and Rogers gone, Captain Marvel and Black Panther are now two of the biggest stars. Even Black Widow is supposed to finally get her own film (probably a prequel). No one’s sure what future Avengers or crossover films will look like, but the dynamics might be different enough to break out of the white guy crossover blueprint.

But Endgame's treatment of Black Widow, Captain Marvel, and Black Panther is a reminder that superhero triumphs in one film can turn quickly to ashes in the next. The MCU has done right by women heroes and heroes of color at times. But it struggles to make them the focus of its narratives when white guys are nearby. You can punch out any number of supervillains. But racism and sexism are harder to beat.