Movies at home and syncing up movies with close friends on the other side of the country. 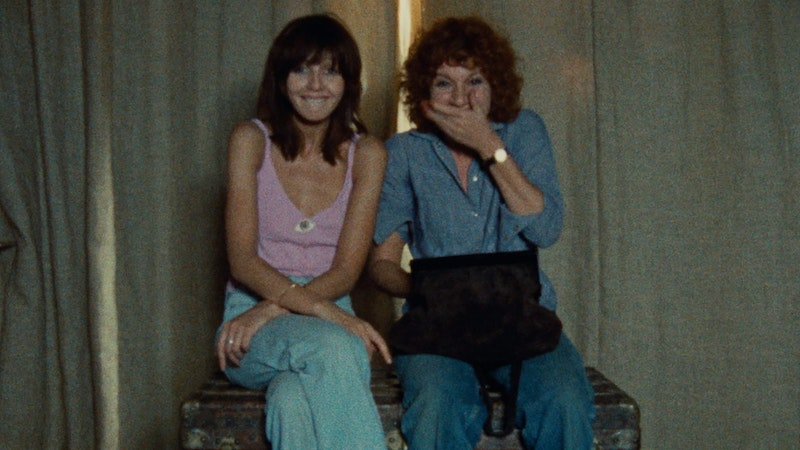 I’m not sure how I would’ve handled a completely solitary year of watching movies. “Moviegoing” per se doesn’t exist right now, at least in the United States, but I’m lucky enough to live near my immediate family, and our weekly weekend habit of going to a matinee hasn’t been completely stymied. As my dad and I have written about before, Saturdays and Sundays have become programming opportunities, and each of us has dived back into our collective memory of the movies, personal favorites new and old, blind flyers, unanimous choices and revisits. Among the most exciting recently were Absolute Power, Hardcore, Blue Collar, Role Models, Manhattan Murder Mystery, and Inside Man.

There was no “Year in Cinema” in 2020—many movies came out, but nobody saw or talked about them. A tragic and maddening scenario every filmmaker that had something that was supposed to have a theatrical release or a festival screening last year. For us, an audience of four or three or two, it was, on the whole, a more enjoyable year “at the movies” than the last several.

Since the slow suffocation of the studio comedy became unavoidable in the late-2010s, even the serviceable romantic comedies started disappearing, all made for streaming and sold in packages to pad Netflix, Hulu, and other “content providers.” I wonder how long it’ll take until “going to the movies” feels like going to the dentist, with all the sterile euphemisms intact—buying popcorn, “concession acquisition.” Going to the bathroom, “evacuate and relief stations.” Sitting down, “vertical realignment.” Asking for your money back would never be allowed, but it would have a name, “reimbursement refusal.”

Louis B. Mayer’s famous words about the beauty of movies—“They love them, but they’ll never own them!”—were only true for another couple of decades after his death, and Lord these “content providers” are trying their darnedest to make that the case again. “You’ll own nothing and be happy.” Right. Right. Look over there… Physical media will survive through its lifelong adherents—Nick Pinkerton’s excellent essay “Collect ‘Em All!” details the current media effort emphasizing bare, “minimalist” living spaces (Marie Kondo) with the collapse of any physical media presence in the flesh. There are no Suncoasts, Blockbusters or Hollywood Videos dotting malls that closed a year or two ago or are just hanging on, or the strip malls that now lease fast food, liquor stores, restaurants, even more cafes, ice cream parlors (?), juice stands…

Discs are still around, but you have to be a motivated buyer to realize anything is being released. There’s no media presence unless you are already aware of it. This was one of the most jarring, and perversely encouraging, aspects of the “Year in Movies” 2020: without the cinema as a space, as a “territory,” movies lost their place in the culture. Unfortunately, nothing brought the country or the world together last year. As much as Disney Searchlight tries to make Nomadland “happen,” it will have zero impact on pop culture at large, unlike a spate of movies released in 2019. No one has experienced Nomadland or Mank or The Trial of the Chicago 7 in the same way as Parasite, Green Book, La La Land, Moonlight, or Get Out. “No one” is hyperbole, and there have been scant screenings here and there, but in comparison to a packed movie theater, it really feels like no one has seen these movies because we couldn’t see them together.

I wasn’t sure this essential and spiritual aspect of the cinema was still around and in people. Whether or not a new cinema forms, as replacement or reaction, is another question.

Another routine pleasure of the past year or so has been my coast-to-coast simultaneous movie watching with one of my best friends, Leigh Ann Josephine, now my partner in putting together The Servant, a quarterly film zine distributed at Beyond Video and Normal’s in Baltimore. Since last summer, we’ve watched nearly 100 movies “together,” syncing up our varying copies as close as we can, and talking afterwards. Because of the fragmented state of media, we don’t often watch the same transfer, and often one of us will end up with a glorious file, the other a cropped DVD (she got to see The Man with the Golden Arm in 1:85, not 1:33). Leigh Ann is not as versed or immersed in movies or pop culture as me or my family, and to revisit movies I’ve seen before—once, twice, over a dozen (The Image Book)—with her, through fresh eyes, has been so rejuvenating and regular that I’ve begun to take it for granted.

This is an arrangement of the times, and it’s made me forget just how “uncertain” they are. I could (and will) go on and on: even more enjoyable than sharing favorites is watching things for the first time “together.” We’ve disagreed a few times recently, to varying degrees: I loved Rene Clément’s Purple Noon, but she was indifferent; I liked Peter Greenaway’s The Draughtsman’s Contract, but she couldn’t stand it. She loved Jacques Demy’s Lola; I was indifferent. We’ve gone through a lot of Godard, and her enthusiasm for A Woman is a Woman has made me think about that movie not just in a different way but more than I did before. Same goes for Pierrot le Fou, which took three viewings over two years to finally hit me in any emotional way: I watched it last just days before Anna Karina died in 2019, so how could I have forgotten about or missed her singing “Ma Ligne de Chance”?

Above all others, Rainer Werner Fassbinder is the filmmaker that has brought us “together” from Baltimore to California, one out of his nearly 40 films at a time. Luckily, the Criterion Channel has a solid chunk of his best work available in decent quality—including Mother Küsters Goes to Heaven, Chinese Roulette, The Third Generation, and Satan’s Brew, all of which have yet to receive a DVD or Blu-ray release in North America running at the correct frame rate or in the right aspect ratio. This man, whose films are from 50 years ago, is more contemporary and urgent than most living filmmakers. This is exciting and disturbing: we’ve both seen how much Fassbinder’s characters have in common with people we know, whether in their political confusion, emotional dysfunction, or economic ruin.

I don’t wish to brag, but these are habits with people very close to me that never would’ve started without the conditions of the pandemic. It’s nothing to be proud or particularly happy about, it’s just something to do to get through this time—“together.”