How a fat guy taught me it was cool going to the movies alone. 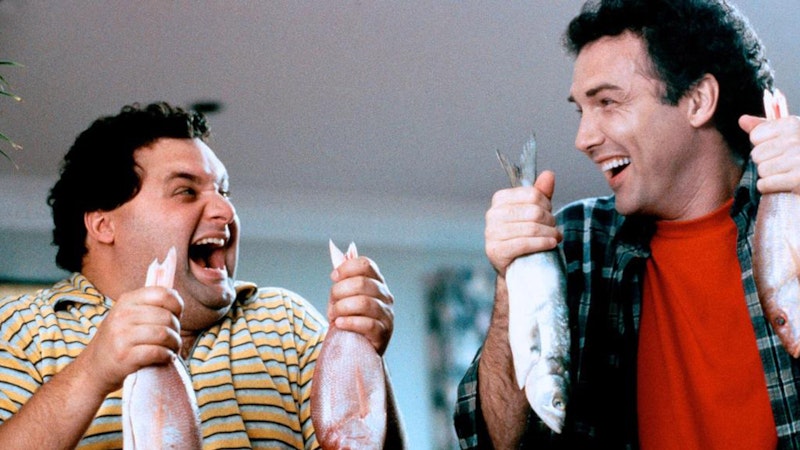 This piece has been excerpted from the April 2021 issue of The Servant.

Distant life events elude me upon reflection: graduating high school, the death of my grandfather, even my first kiss are all just negative space where I know memories should be but somehow got misplaced. Unlike the missing vape pen or set of car keys, I can’t retrace my steps, can’t ask myself, “Where was I when I saw this memory last?” They’re just gone. These blind spots are frustrating when coupled with an ability to remember trivial stuff about movies. Not movie trivia, mind you, but even more meaningless trivia about a lifetime at the movies.

When did I get the sex talk? Not sure, but I think it was on the way to go see The Birdcage.

First date? Don’t recall, but did I tell you about my ill-advised choice as a teenager to take a date to see A Woman Under the Influence? Losing my virginity? I’m not one to kiss and tell, but I may or may not have used a promotional condom for National Lampoon’s Gold Diggers.

Though criticism-as-personal-essay is well-worn territory, I couldn’t help but jump at the opportunity to indulge in some of this useless trivia. With so many moviegoing stories to choose from, one memory stands out.

It was the very beginning of the summer between sixth and seventh grade. I was with two friends, Mike and Dave. They weren’t good friends of mine, just some guys I started hanging out with briefly before moving on to others. We saw Can’t Hardly Wait at the St. Louis Galleria in the evening—a good movie worthy of its own masturbatory personal essay—and then spent the night in Mike’s basement watching cable and looking at nude “pictures” of Lara Croft from Tomb Raider. The next day we went back to the Galleria for an afternoon showing of the new Norm Macdonald comedy, Dirty Work.

Dirty Work is one of the funniest comedies ever made, a singular work of Hollywood art. It’s easy to dismiss the film’s drab presentation—little thought was given to basics like color scheme, lighting, blocking, not to mention Macdonald’s conspicuously baggy wardrobe—as a lack of aesthetics, but by accident or not, every non-decision director Bob Saget makes dovetails perfectly with the who gives a shit? tone of Macdonald’s material. Maybe the only aesthetic worthy of Macdonald’s winking deadpan is no aesthetic at all.

I didn’t know any of this when I was 12. I was just there to have a good time with my friends and enjoy our first dose of Norm since his sudden firing from SNL. But I remember feeling sad. While the lights were still on and whatever “movie tune” was playing over AMC Theaters’ amateur hour movie trivia, I noticed a man a few rows down from us by himself. I felt bad for him, not just because he was obese—he was leaning over the seat in front of him, occupied by a popcorn large enough to necessitate its own seat—but also because he was alone. These days (at least pre-quarantine) I go to the movies by myself all the time, but the prospect seemed unthinkable in middle school, when going anywhere without friends felt like something only a Loser would do.

Then something wonderful happened: the theater went dark, and none of the 10 or so people present were laughing harder than this dude. Roaring. Howling. Losing his fucking mind. I’ll likely never see a person so thoroughly enjoy himself at the movies again. For that 80-minute stretch, the rotund stranger seemed completely comfortable by himself, stuffing his face, tears in his eyes, breathlessly laughing at arguably the dumbest comedy ever made.

I re-watch Dirty Work about once annually, and each time—like a child gazing up at the moon—I wonder if he might be watching it too.