Catch us if you can. 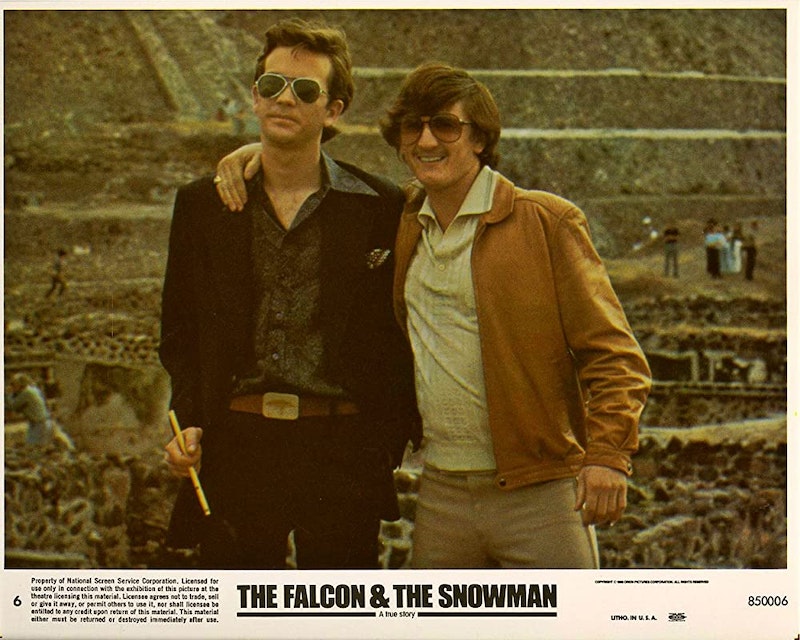 The first movie I saw in a theater—Huntington, Long Island’s Century Shore—was the John Wayne vehicle The Alamo in the fall of 1960. I was five, escorted by one or two of my brothers, and, as a starter history enthusiast, was, unsurprisingly, transfixed. Tickets were a quarter, and though I can’t recall, I’d imagine popcorn and Cokes were a dime apiece. I wasn’t crazy about Wayne as Davy Crockett—his voice bugs me to this day—although I did wear a hand-me-down Davy coonskin cap from the late-1950s, and Richard Widmark as Jim Bowie was tops. (Two years later, my dad took me to my first baseball game—the ’62 Mets at the old Polo Grounds—which was also an eye-opening peek at entertainment for the years ahead, but an advantage theaters had was the show was never rained out.)

My wife, sons and I go to a lot of movies each year—almost every weekend—and while we’re far from indiscriminate, sometimes we just take a flyer on a film, and if it blows, well, so what, at least it was a fun family activity. I do have limits: no superhero or Star Wars/Star Trek films, and same with slashers and anything with Tom Cruise (I liked him early on, but the jumping-on-the-couch with Oprah put the kibosh on him) or Ben Stiller. And during the summer in a normal year, I’ll usually pass to watch the Red Sox game (or we’ll all go to Baltimore’s Camden Yards.)

Since 2020 hasn't been a normal year, since March, and no let-up in sight for 2021, we’ve improvised, like many people. On weekends we now repair to the house’s sunroom, and take turns picking the offering of the day. Everyone has veto power over a selection, but generally we’re pretty accommodating, and it’s turned out that we have our own revival series, although on a large flat screen. At first, this activity was out of necessity, but it’s become a ritual that’s usually superior to seeing a new film.

For example, I hadn’t seen The French Connection in years—first when it was released in 1971 at the Walt Whitman Mall’s theater complex with Howie Nadjari, and then decades later with my son Booker—and aside from Gene Hackman’s bravura performance (so much better than Hoosiers, an acclaimed film that had too many plot holes for me), it was a fascinating artifact for two main reasons. The most obvious is that it, at least for me, introduced the frantic car chase scene (Hackman’s no-CGI dash is mild, and better, compared to what it spawned; for example, the ridiculous 18-car pile-up in the otherwise still really funny Beverly Hills Cop, back when Eddie Murphy was on a fucking roll).

More importantly, as the film was set in New York City (as well as Marseille), it reminded me of how incredibly dirty the city was back then: trash everywhere, seedy joints thriving and the outrageous fashions of the time. As a teenager I often went to Manhattan, and none of this bothered me; in fact, I didn’t notice, since it was just the way things were, and would remain for another 15 years. Since COVID’s reduced the city to a throwback to that era, arguably worse, many writers have recalled, with saccharine nostalgia, of how invigorating all the grubbiness was. Cheaper prices—although more expensive than anywhere else in America—and a “you-had-to-be-there” sizzler of an arts scene. What these writers leave out is that they were young back then, and the sheer excitement and opportunity aced mere inconveniences.

I doubt the middle-aged lifetime New Yorkers felt the same way. My Uncle Pete, who lived in Queens and worked for the city government, was a mild-mannered gent, but he’d often exclaim during that decade, “The city’s gone to the dogs” and would blame Mayors John Lindsay and the prototypical hack Abe Beame.

I was reminded of how great The Falcon and the Snowman (1985) is, with Timothy Hutton playing convicted spy Christopher Boyce and Sean Penn as his junked-up accomplice. It’s a thriller that also includes a superb score by Pat Metheny (and David Bowie and Metheny performing “This Is Not America” as the credits roll) and as usual, a winning performance by David Suchet as the Russian liaison in Mexico City. I also liked Hutton’s breakout Ordinary People (which was shocking for Mary Tyler Moore’s complete role reversal from perky sitcom housewife/single gal to calculating, status-conscious bitch, and Donald Sutherland as the beleaguered father) but, unlike Penn, Hutton never did much of note after The Falcon and the Snowman. Later on, he was more than suitable in the TV series Leverage, but talk about missing years, for whatever reasons. (Even worse was the fate of Timothy Bottoms, brilliant in The Last Picture Show and very good in Paper Chase, and then… nothing. I suppose there were personal reasons that derailed the careers of Hutton and Bottoms, possibly salacious sexual behavior or substance abuse, but that doesn’t interest me.)

Another actor’s who’s supposedly difficult to work with, Edward Norton, showed up several times on our weekends: first for the vastly underrated 2002 Death to Smoochy (featuring a diabolical/wimpy Robin Williams; we also re-watched Matt Damon’s only good film, Good Will Hunting, where Williams stole the show in his finest role) and then Norton’s debut Primal Fear, in which he lifts a hum-drum courtroom drama into one of the best films of the 1990s.

Other films on the docket this past year: Revolutionary Road (2008), the standout adaptation of Richard Yates’ superb novel, featuring Leonardo DiCaprio—who keeps working and killing it—Kate Winslet, Michael Shannon and Kathy Bates; Whit Stillman’s never-out-of-style Metropolitan; the horrendous Toy Soldiers and Sex Drive; another Norton film, Rounders, which was marred by a hammy John Malkovich; Paul Newman, James Mason and Charlotte Rampling in The Verdict (1982), with its crowd-pleasing ending and a scene that couldn’t be made today, Newman slugging Rampling in a hotel; Robert Redford in Sneakers, which hasn’t held up, same with Running on Empty, almost ruined by an overexcited Judd Hirsch, reminding me of Jack Klugman in the awful TV show Quincy, although River Phoenix and Martha Plimpton shined; the surprisingly engaging, if corny, My Cousin Vinny (1992); my favorite western The Man Who Shot Liberty Valance (superior to The Searchers (1956), an opinion my son Nicky shares); the still-funny Get Him to the Greek (2010); one of Bill Murray’s best, What About Bob? (1991), despite the broom-up-his-butt Richard Dreyfuss; the whimsical In Bruges (I’m not a Colin Farrell fan, but he’s stellar here, as is the always-dependable Brendan Gleeson); two Ryan Gosling films, Half Nelson and Fracture, which show off his range and smart career path, alternating “small” films with big-budget pictures to keep his bank account flush; the sweet Parenthood, showcasing Jason Robards, Mary Steenburgen and Tom Hulce (another actor who’s done little since the smash Amadeus, though his bit part in Jeff Bridge’s best film Fearless as an ambulance chaser was hilarious; and John Cusack (back when he took film seriously, and the incomparable Anjelica Huston in The Grifters, which has a place in my Top 10 film list.

I’ve skipped a lot of other films we’ve watched, and will probably face retribution for that on Saturday, but can always gaze at our Christmas tree.