Lovers on the Rails

The ineffable beauty of Shanghai Express (1932), the most perfect of Josef von Sternberg and Marlene Dietrich's seven collaborations. 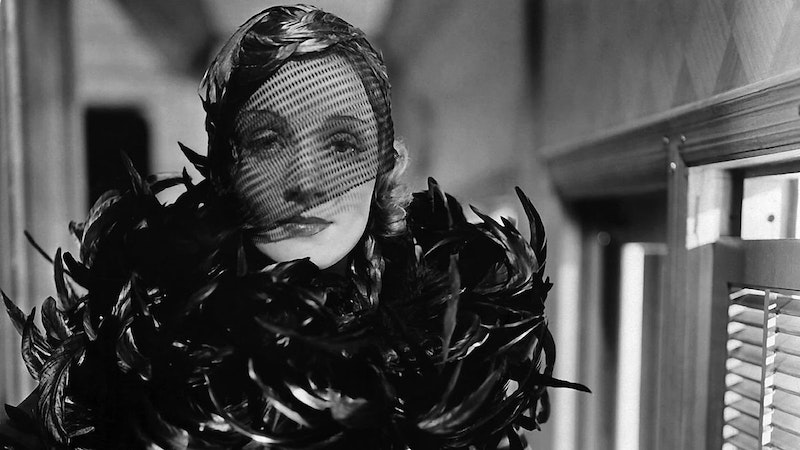 The first three film collaborations between Josef von Sternberg and Marlene Dietrich—The Blue Angel (1930), Morocco (1930), and Dishonored (1931)—serve as an unofficial trilogy with the same theme of a woman caught in different forms of desire and love. By contrast, their fourth collaboration—Shanghai Express (1932) is an exercise in beautiful contradictions and paradoxes. Von Sternberg’s talent as a cinematic painter is in full bloom here, and in many ways, what dominates the picture is the craft of art, rather than any actor.

In the midst of revolutionary and political unrest in China, a group of unique characters gathers in the first-class section of a train leaving Peking, bound for Shanghai. A woman in a beautiful dress adorned by feathers known as Shanghai Lily (Dietrich), the famous coaster of China, carries herself with glamour and indifference; a Chinese woman, Hui Fei (Anna May Wong) is somewhat furtively boarding the train; a British officer, Captain Harvey (Clive Brook) turns out to be a former lover of Shanghai Lily; a man who appears to have most to hide, Henry Chang (Warner Oland) looks at everyone with suspicion; an old Anglo British woman, Mrs. Haggerty (Louise Closser Hale) is emotionally lost without her little dog, Waffles; Sam Salt (Eugene Pallette), a no-nonsense American; Mr. Carmichael (Lawrence Grant), a minister concerned with saving the soul of Shanghai Lily and Hui Fei; Eric Baum (Gustav von Seyffertitz), a German citizen who’s a hypochondriac; and Major Lenard (Emile Chautard), a polite Frenchman. Reminiscent of an Agatha Christie novel, we wonder what the intentions of all the characters are. They all have something to hide, but it’s not clear to what end.

As the action unfolds, it becomes more certain that Shanghai Express doesn’t depend on plot and that mystery to be solved isn’t much of a mystery after all. Henry Chang turns out to be the leader of the revolutionary movement in China, who’s both white and Chinese but, in his words, isn’t proud of his white blood. He takes control over the train and questions all of the first-class passengers. But he’s not Hercule Poirot. He doesn’t care about justice, only his own cause.

Chang’s also a man of a great carnal appetite. Earlier in the film, he forces himself on Hui Fei, who rejects his predatory advances. Later, however, Chang’s idea of questioning Hui Fei is realized in rape. But Hui Fei is hardly a wallflower. Anna May Wong is brilliant in her portrayal of a free woman, possessed in complete control of herself and position in life. She’s not ashamed of choices she made, and in the end, enacts the great act of revenge. Murdering Chang is something everyone on the train is grateful for, even the minister.

It’s difficult to conclude who’s the star of this film. Naturally, Dietrich is the center of attention, as expected. Von Sternberg creates a lily of his own, using the most interesting techniques of light and dark in order to paradoxically illuminate Dietrich’s face and interiority. Whether she’s holding her face with trembling hands, or praying for Captain Harvey’s safety, or looking indifferently into the camera, Dietrich embodies the tension and silliness of erotic games. There’s even a suggestion that her relationship with Hui Fei may be more than friendship but that, too, is presented with subtlety only Dietrich’s capable of. She’s always caught in the world that operates in several spheres—the sacred, the profane, and the vulgar—and she doesn’t really belong solely to one.

In Shanghai Express, Dietrich speaks several languages, which further alienates her from the rest of passengers. But, like in previous films she made with von Sternberg, being the woman on the outside of the society isn’t necessarily negative. In fact, Dietrich’s freedom as embodied in her persona, is in some way courageous, something that the rest of society ought to be jealous of. Nothing can touch her. Even her agony in prayer, her fear of Captain Harvey’s life, is restrained. Under von Sternberg’s direction, Dietrich never truly becomes vulnerable. There’s always a sense that she will not be known, and her choice to reveal herself is hers alone.

Dietrich also appears perpetually amused by serious matters. But this amusement is born entirely out of the need to exercise control of her own image. Nothing must be disturbed in order to preserve the persona and the perfectly captured face. Von Sternberg’s camera seeks and thrives on this aesthetic perfection, which spills over into perfection of morality. After all, before Hui Fei kills Chang, Shanghai Lily sacrifices herself to become a slave to Chang to save Captain Harvey’s life. This interplay and melting of one life sphere into another are characteristics of both Dietrich and von Sternberg. These occurrences among the characters are mirrored artistically in von Sternberg’s use of transitions and dissolves. The slowness with which they occur blends one contradictory reality with another, and while we anticipate one image movement, the other lingers in our mind’s eye.

Lingering might as well be the perfect encapsulation of Shanghai Express. We’re in an art gallery, and von Sternberg is directing us to stay with the images longer. Even the time to get from Peking to Shanghai is unnaturally extended into a place where “time and life have no value” as Henry Chang says at the beginning of the film. Each frame, each shot, is a world unto itself, and requires openness to art, first and foremost. The performances do matter but the meaning and the possibilities of art are what carry this film beyond its particularity.

Shanghai Express is frozen in time but in such a way that, once again, paradoxically transcends time. The journey isn’t about departure and arrival. Rather, it’s a journey into art and in which every character (including Dietrich) is both an immutable statue and an enfleshed being in the von Sternberg’s gallery. Disregarding realism and embracing a strange form of surrealist classicism, von Sternberg creates beauty that continuously arrives and departs. The ineffable beauty in this case is Marlene Dietrich, impossible to possess but possible to catch a glimpse of. This glimpse is also the capture of art that lingers indefinitely.