Cheaters: Five Lessons About Relationships from a Horrible TV Series

If you think you’re immune to being cheated on because you’re more attractive than a skanky IHOP waitress, think again. 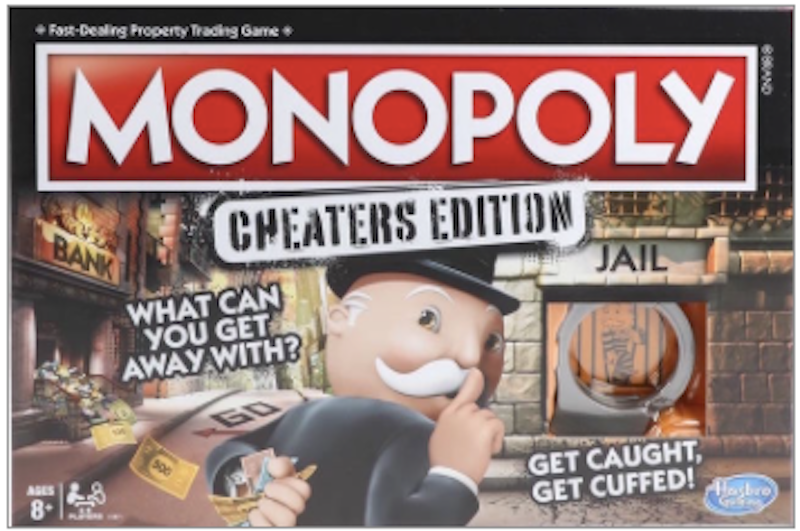 Now that hip-hop’s favorite one-hit wonder Peter Gunz has been publicly declared as the fourth host in the salacious history of Cheaters, it’s an appropriate time to make a few confessions. Back in 2005, Cheaters was lampooned by the instructor of my communications law class as “the worst show on television,” and I narrowly avoided the open hanging of my head in shame due to the private knowledge that I’d watched every trashy episode of the show to date.

Fast-forwarding to the present day, all of the past episodes of Cheaters can now be seen every Saturday on VH1, and it’s fascinating how much you can learn about the nature of relationships by megadosing on a tawdry television series about people who cheat on their significant others and then brawl in the streets of Dallas once confronted. The scuffles were made permissible by one of those only-in-Texas laws (Texas Penal Code Sec. 22.06) permitting the participants in fights to consent to mutual combat with one another as long as no serious injuries result from the altercations.

I’m taking into consideration that we don’t know precisely how many episodes of Cheaters were faked, and a reasonable amount of evidence exists suggesting that the infamous episode in which long-time host Joey Greco got stabbed on a boat was probably one of them.

On the other hand, the 2005 taping that resulted in misdemeanor charges filed against four Cheaters crew members, and the demotion of a Fort Worth police captain—the “other man” in this episode—was very real. This article is written under the assumption that at least the majority of the episodes of Cheaters consisted of legitimate takedowns of dishonest relationship brokers.

The aforementioned Gunz is the replacement for the show’s third host, Clark James Gable. Gable was the grandson of film icon William Clark Gable, and passed away last year from an overdose of fentanyl, oxycodone and alprazolam, according to a report form the Dallas County Medical Examiner.

The resurrection of Cheaters appears to have been partially driven through the solicitation of outside funds through an advertisement on the show’s website. The incentives offered to donors seem downright ludicrous compared with the price tags attached to each of them. Then again, who am I to judge? If the producers of Cheaters are able to squeeze $5000 out of someone in exchange for the right to ride around in the Cheaters van wearing a Cheaters shirt for a single episode, along with a Director credit on IMDB (or $25,000 to be the “Executive Producer”), then they priced the incentives correctly.

All silliness aside, there’s something to learn about relationships from lingering in the sordid world of Cheaters for five or six hours at a time. As the show resumes its reign of terror over the philandering Lotharios of Dallas, here are five of the valuable lessons that I gleaned from viewing many episodes of Cheaters.

—Men will cheat with anyone, no matter how pretty you are: In principle, this will come as absolutely no surprise to a lot of women, but it’s amazing how frequently the women on Cheaters point out that they’re prettier, fitter, or in some clear-cut way more attractive than the ladies their men are cheating on them with. More often than not, this observation is correct when the women are stating it, which is theoretically one of the reasons why they are so shocked when their man dared to stray with someone who isn’t even their physical equal.

I don’t know what to say to that, except to offer a warning: If you think you’re immune to being cheated on because you’re objectively more attractive than the skanky IHOP waitress who’s frequently flirting with your man, think again. There are men for whom the compulsion to navigate through uncharted feminine territory outweighs not only loyalty, but optical logic as well.

—The most lethal side chicks are people you know: The majority of the women who are accessories to infidelity on Cheaters don’t realize they’re the side chicks. In fact, in several cases, the ladies that summon Cheaters’ staff to aid them arethe side chicks, and the woman with kids that their love interest has been spotted around town with is actually his wife,and those are his children. However, in instances where the men have been able to obscure their infidelities for an extended period of time, the girl on the side is frequently one of his main squeeze’s friends, family members, one of his coworkers, or one of his classmates.

This makes sense. People are far more effective at concealing their treachery when the person they’re being dishonest with is a co-conspirator, and is also taking steps to shield the affair from discovery. The lesson is to check on the whereabouts of those in your inner circle, and his inner circle, if your man is disappearing for hours and then stumbling through your door smelling conspicuously like Dolce & Gabbana Light Blue.

—Women are significantly more likely to take the cheater back:The question on the table is “What’s love got to do with it?” The answer is, apparently, everything. Upon confronting their cheating boyfriends and spouses, many women either open or close the confrontation by asking the question, “Do you love her?”

By comparison, I don’t recall ever watching an episode of Cheaters in which a man discovers the infidelity of his wife and then asks her if she loves her new boy toy. In most instances, the men simply wish to confront the wayward woman, extract a satisfactory pound of flesh from her skirt-chasing companion, and then officially convert their significant other into an ex. Very seldom does the wronged man offer his betrayer an opportunity to make their relationship work.

Women on Cheaters tend to do the opposite. After smacking around their boyfriends or husbands for a few moments, and then yanking on the hair/weave of the side chicks, many of the women offer their partners opportunities to restore their relationships, only to be stunned by the instances in which the men have no interest in going back to them, despite how much time, effort, money and love the women have poured into the relationships.

This leads me to believe that illicit sexual acts are regarded as automatic relationship-enders by far more men than women, whereas women are inherently more likely to latch onto the ideal of love, and can forgive sexual impropriety if love is present. This also suggests women are willing to accept the it-was-just-sex excuse far more readily than most would be dare to admit.

—Men really don’t mind being the guy on the side: Speaking of the phrase “it was just sex,” most of the side men on Cheaters seem to be thoroughly disinterested in legitimate relationships with the women they’re assisting in cheating. More often than not, the men know the women are cheating on some poor sucker, and view their interactions with those women as opportunities to score some sneaky, bonus, no-strings-attached sex.

Once the confrontations have concluded and any fisticuffs reach their conclusion, the side men are usually more than content to dust themselves off and hand the cheating women right back over to the men they cheated on, with no further regard for the women or their now-in-shambles relationships.Therefore, women who presume the men they are canoodling with are going to remain with them as long-term relationship options are probably mistaken, as most men seem to have an equivalent disdain for a cheating woman, even when the man happens to be the beneficiary of her duplicitous fornication.

—If your woman’s life is getting better and yours isn’t, watch out: On episodes of Cheaters, both men and women in stay-at-home capacities were surprisingly shown to use the inept excuse that their industrious partner is “always working” or “never home” as their rationale for stepping out on the relationship. However, reliance on a perceived productivity disparity as an inducement to cheat appears to be exclusively female territory.

While men are also prone to use “leveling up” as an excuse to cheat on their girlfriends, women are more likely to cite an improvement in personal circumstances as acceptable grounds to cheat, straight to their man’s bitter face. If a woman perceives that she has a better job than her man, in her mind that becomes a justifiable reason to cheat with one of her new coworkers. Likewise, if a lady is taking college classes in pursuit of a career or a white-collar job, she’s apparently permitted to exploit a feminine loophole allowing her to hook up with one of her classmates.

The bottom line: It’s one thing when your wife or girlfriend is suggesting that you take steps to upgrade your earning potential or social status, but it’s another thing entirely when she’s making these same suggestions while ostensibly making life improvements of her own. If you think she’s content with you just the way you are, forever, and that no advancements will ever be required of you, I’m afraid you don’t know women very well. Some ladies will accept you in a low-status position as long as you show ambition, but if the ambition departs, so will the woman.

—The moral of the story is… don’t watch Cheaters.