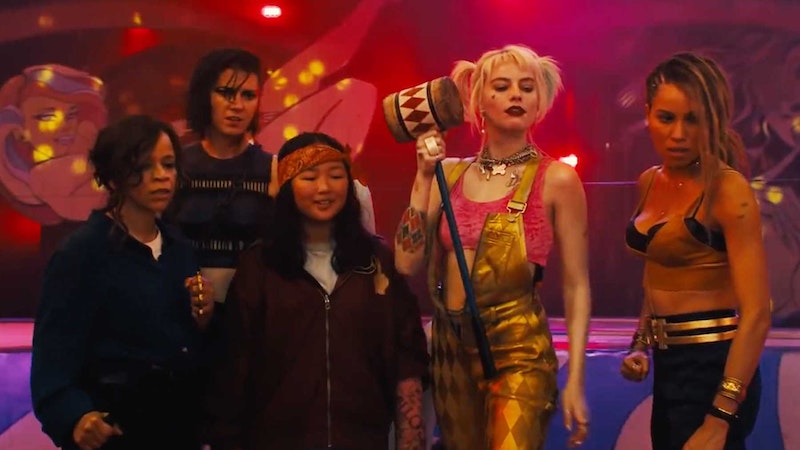 Margot Robbie has a knack for accents, and it’s a shame she wasn’t nominated for a Best Supporting Actress Oscar for her performance as Sharon Tate in Once Upon a Time in Hollywood (she was nominated in that category for Bombshell, a much lesser movie with a solid performance). The roles were pretty similar: the archetypal American white girl. Robbie had nearly the same voice as Tate and as Kayla Pospisil, the amalgamation she portrayed in Jay Roach’s film. Robbie was by far the best part of Bombshell—prosthetics are impressive for only so long. While Charlize Theron did her best Megyn Kelly, Robbie managed to convey a humanity and authenticity to her imagined character more than anyone else in the movie. Robbie elevates everything she appears in, she’s that talented as an actor—I’d say the same of Peter Sarsgaard, Michelle Williams, Isabelle Huppert, the Fanning sisters, and Willem Dafoe. Philip Seymour Hoffman, of course, was like that. Robbie, only 29, has decades of brilliant work ahead of her.

So why bother with comic books? Robbie first appeared as Harley Quinn, the Joker’s partner in crime, in 2016’s Suicide Squad, a film that had a longer pre-release rollout and hype machine than any other in recent movie history. It didn’t pay off, except that the world was spared another horrendous Jared Leto performance as the Joker, given an astonishing take on the heretofore exhausted character, and director Todd Phillips was able to sneak his “dorm room poster turned into a movie” into multiplexes last fall and come out the other side with 11 Oscar nominations and the highest grossing R-rated film in history. That’s a flex. Sending severed pig heads to your co-stars and crew—that’s cashed.

Birds of Prey is the new Harley Quinn movie, released when Bombshell is still in theaters and Once Upon a Time in Hollywood was blanketing airwaves and trade papers in advance of the Oscars. The full title of the film is Birds of Prey (and the Fantabulous Emancipation of One Harley Quinn), the most Panic at the Disco/Fall Out Boy/Hot Topic ass name I’ve ever encountered in a movie theater. The aesthetics of the advertising for this film are so off-putting and just scream “2005,” but the movie itself is fine. It’s better than Suicide Squad—low bar, but again, because Robbie is the star, the film’s not a disaster. Everyone else in it is an embarrassment: Ewan McGregor (Black Mask) can’t play a villain, it’s just complete camp; Mary Elizabeth Winstead (Huntress) has nothing to work with, and all it does it recall her iconic performance in Scott Pilgrim vs. the World in 2010. Rosie Perez… I really don’t know what to say. She’s introduced as a cop that grew up glued to cop movies and procedurals and is ostensibly supposed to spout clichés non-stop, but she doesn’t. She has zero to do here, except wear a gigantic t-shirt that says, “I HAD MY BALLS SHAVED.”

A punchline without a joke, Birds of Prey is better than Suicide Squad and most other superhero movies that aren’t rated R. There’s a potential for the superhero movie to become the new western, a familiar frame to use over decades to tell stories of the moment, but it hasn’t happened yet—despite what some think—because the Marvel Cinematic Universe is exactly that, its own universe, exclusive from our own and busy with its own parables. Joker was the first one to connect at a mass level, the highest level that a movie can reach today. A movie that felt dangerous to see—if the Oscars were run like TIME’s Person of the Year, the winner would obviously be Joker. (I'm glad Parasite won, but I lost money on Quentin Tarantino and Once Upon a Time in Hollywood—I bet my heart, not my head.)

Birds of Prey is little more than a setup for another string of films, team-ups and solos, and Robbie aside, this not a badass superhero gang. Mary Elizabeth Winstead is underserved by Juno era awkward dialogue that would make Michael Cera scream. Jurnee Smollett-Bell (Black Canary) is similarly impugned and pushed to the side in a film that can’t fit Robbie's Harley Quinn alongside relatively normal people in any way that makes sense. Everyone other than Robbie is dead weight, and it's not entirely acting, it's Christina  These are not superheroes. This script is just as bad as Deadpool 2, a constant series of jokes that bomb and lines that go nowhere, merely suggesting a joke or a humorous situation.

Birds of Prey is too fast-paced to handle anything more complicated than catchphrases, and it’s not served by a script that feels three or four years out of date, as if Hollywood were still putting massive amounts of money into “[X Franchise], but with Women” even after Ghostbusters failed in 2016. Robbie is the only actor that gets to have fun in Birds of Prey—Perez, Smollett-Bell, and Winstead are left hanging.

Ewan McGregor is having the time of his life, high on his own supply, and I wish his Black Mask turned to bathos but it’s never quite that pathetic, just silly and unfortunate and bizarre like so many of his recent choices (one noble failure, his performance and directing job on Philip Roth’s American Pastoral, a mediocre at best movie of a brilliant book that nevertheless brings permanent images, like McGregor starring at Dakota Fanning, his teenage daughter gone astray. He can be brilliant). But he just can’t play evil, even when it’s a Dr. Evil type of evil. I want this genre to expand out into the world and address the world in a way that goes beyond platitudes about inclusion. Birds of Prey doesn’t get bogged down in that, but the best moments are in the trailer, and it’s obviously a February investment: don’t expect much, this is Oscars counter-programming. Cathy Yan’s direction is sprite while still rooted in the real world in a way that the miasmatic Marvel movies aren’t. But the script, by Christina Hodson, is insubstantial, and ultimately leaves everyone hanging.