Bud vowed never to turn down any film work. 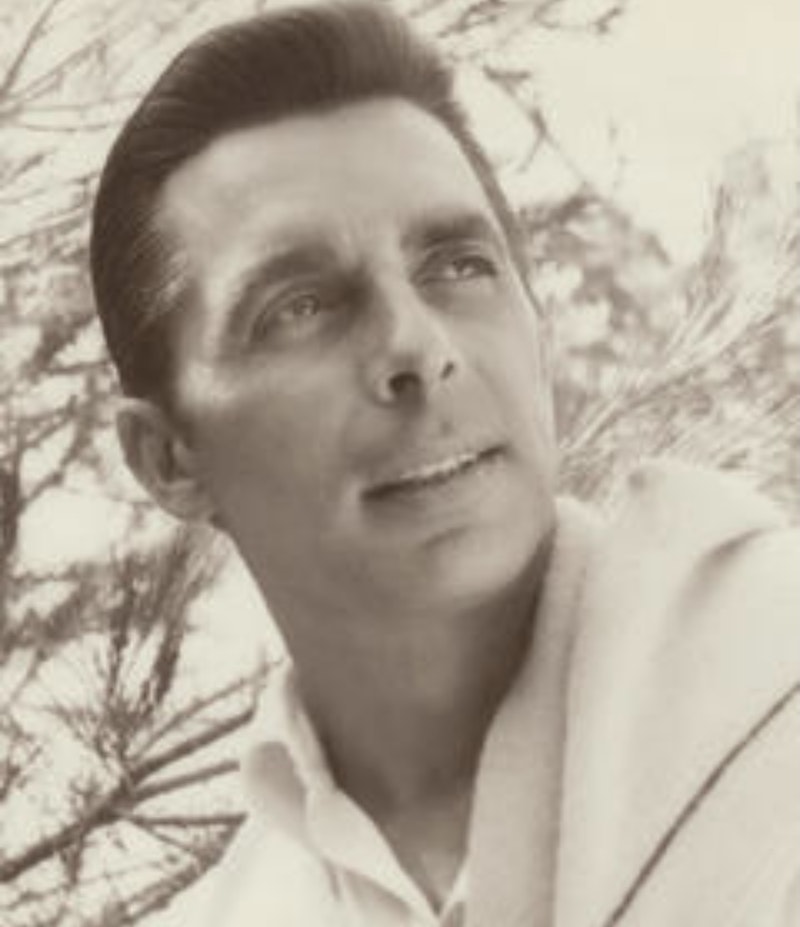 John “Bud” Cardos is a filmmaking renaissance man. Known for directing horror films, he’s worked as an actor, stunt man, teamster driver, assistant director, special effects coordinator, production manager, art director and animal wrangler. Quentin Tarantino called Cardos his favorite western stunt man saying, “Cardos is one of those dusty drinks of water who comes riding out of the chute on the back of some two-ton beast frothing at the mouth, bent on throwing him into the muck and stomping the shit out of him.”

Bud and my father were close friends. They made three horror films together, my father producing while Cardos directed. The most prominent was Kingdom of the Spiders (1977), a “nature fights back” thriller starring William Shatner. I was 13 when the movie was shot in Camp Verde, Arizona. I had a tiny role as an extra running for his life while killer tarantulas attacked a small town. Bud gave me a close-up, instructing me to stop briefly in front of the camera while spiders crawled over my face. Because I looked directly into the lens, I was cut out of the film.

My earliest memory of Bud was a July 4th barbecue at his home in Reseda. True to his Greek heritage, he cooked beef, chicken and lamb souvlaki skewers on a massive outdoor grill. He dressed as a cowboy and roamed the party like a bon vivant urging guests to imbibe daiquiris mixed at his Polynesian bar. When the sun went down, Bud put on a fireworks show using tricks he learned as a special effects coordinator. He welded a cast iron pipe to a steel oil drum filled with diesel and black powder, attached a squib and ignited what amounted to a makeshift bomb. The resulting mushroom-cloud singed my eyebrows.

Bud was born in 1929 in St. Louis. He moved with his family to Los Angeles when he was four. His uncle was manager of Grauman’s Chinese Theater while his father managed the Egyptian Theater down the street. Bud spent his Saturdays roaming from theater to theater on Hollywood Boulevard watching the latest Charlie Chaplin short or Tarzan film.

When Bud was a teenager, his family moved to Big Bear, a small town in the mountains of San Bernardino. Bud loved horses. He rode in local rodeos and cared for 135 horses at Bob’s Stables in Riverside. Roy Rogers and Gene Autry filmed movies in the area. Bud rented the horses and delivered the animals to set. He taught the actors proper riding techniques and was hired as horse wrangler, stuntman and actor.

A rodeo cowboy named Bill Ward taught Bud to sew and repair saddles. Bud briefly opened a saddle shop in Big Bear and then returned to Los Angeles. He cared for horses at a stable in Reseda offering his equestrian services to Hollywood. In 1955, he was hired as horse wrangler for the television show Sergeant Preston of the Yukon. He doubled as a stunt rider and performed hazardous tricks like jumping from horse to horse and falling off moving steeds. Given his tanned skin and tough guy appearance, he often played Native-American roles on the show.

Bud vowed never to turn down any film work. When Universal asked if he could train birds, Bud said yes even though he didn’t know the first thing about birds. He was hired as a bird wrangler on Alfred Hitchcock’s The Birds. This led to work as animal wrangler and stunt man on 1960s TV shows like Daniel Boone, High Country and Hollywood Beat.

He befriended the filmmaker Al Adamson, known for making schlock exploitation films such as Psycho A-Go-Go and Blood of Ghastly Horror. Adamson hired Bud as an actor and stuntman on Five Bloody Graves and Satan’s Sadists. Bud played sadistic, villainous Native-Americans in both films. (In 1995, Adamson was murdered by a live-in contractor at his Palm Springs home and buried beneath the outdoor hot tub.)

Much of Satan’s Sadists was shot at Spahn Ranch, temporary home for the Manson family. Several Manson girls were hired as extras. Tex Watson lingered on set, hoping to be hired as well. He dressed in black with six-shooters on both hips and strutted around like he owned the property. When he started harassing the girls, Adamson told Bud, “Tell that guy to leave, this is a closed set.” Bud delivered the message and Watson left. But he returned moments later. Adamson became angry, yelling at Bud, “I told you to get him off set.” Bud grabbed Watson by the shirt and pants and threw him into the shrubbery. Watson left, cursing and spitting. Fifteen minutes later, the crew heard gunshots echoing through a nearby canyon. One of the Manson girls told Bud that Watson was firing real guns with real bullets. Bud replied, “Why didn’t you tell me? I could have been killed.”

In 1969, Sam Peckinpah hired Bud as 2nd Unit Director for the iconic western The Wild Bunch. Bud began receiving offers to direct. His first effort was a blaxploitation western starring Rafer Johnson called The Red, White and Black (1970). Bud flew to Kansas and shot the movie in four weeks. Back in Los Angeles, my father ran a post-production company called Synchrofilm. One day, Bud walked in with his partially-edited film. My dad helped him complete sound and music editing and a lifelong friendship was born.

Bud and my father made five feature films and one television pilot together. I was lucky to work on several of these projects. In 1992, I traveled with Bud to Montana to scout locations for a TV show starring Jack Palance called Legends of the West. We were looking for scenic landscapes to shoot segments about General Custer, Crazy Horse and the Billy the Kid.

We stayed overnight at a ranch near Little Bighorn. In the morning, Bud asked if I had any experience riding horses. I told him I rode ponies when I was a kid, but nothing as an adult. I’ll never forget his response. “You better use the toilet now cause when we get back you’re not going to want to squat for a week.”

We spent the next eight hours on horses, traveling through big sky country in search of cinematic vistas. My job was to photograph potential locations and place DayGlo flags inthe ground so we could retrace our steps. At one point, my horse started getting fidgety and reared up its front legs like it was trying to buck me. Bud pulled on my horse’s reins and got him to calm down.

I asked what I was doing wrong. Bud told me to be quiet and scanned the area. He fixated on a patch of prickly pear cactus about 30 feet away. He guided his horse to the spot, pulled a gun from his belt and fired two shots into the coiled body of a massive rattlesnake.

“Your horse won’t give you any more trouble,” he said. That’s the moment I realized Bud was a real cowboy.

Bud recently turned 91. He was an avid pilot until a year earlier when he overshot a runway and crashed into a wooden fence. He gave his keys to a fellow pilot and ended his flying career. He continues to raise horses on his ranch north of Los Angeles. In his long show business career he directed nine movies and worked on more than 200 films and television shows. In 1993, he won Best Director for Legends of the West at the Western Heritage Awards in Oklahoma City.