Film Review: The Seagull is Another Dumb Cinematic Translation of a Play

A film that’s as staid as any drama class might fear. D 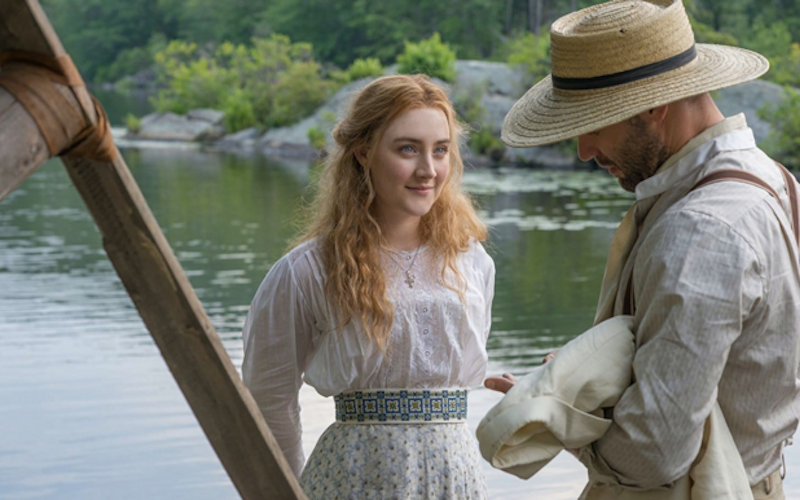 Their messy dealings are the basis of Anton Chekov’s The Seagull. It’s a pivotal touchstone in drama the world over, but there’s no play too important to get a low-budget movie adaptation for release in a few theaters to general disinterest.

Not even the presence of major actors like Ronan or Moss can elevate its profile—and more damagingly, they can’t save it from chasing all the dumbest conventions that cinematic translations of theater have exhibited time and again. Directors think they can break out of the “staginess” of plays by placing scenes in as many different places as possible, and Michael Mayer frantically scatters the characters all over the rural estate which serves as the story’s setting. There’s even a requisite new scene set far away from the main location to assure the movie audience that there’s a wider world than what we see for most of the running time, as if the cast’s isolation was a bug and not a feature and we couldn’t infer what’s going on in that world from the existing dialog and action.

But by choosing the most boring shots, Mayer makes the movie feel as staid as any skeptical drama class student might fear. Likewise, the editing is purely functional, missing the tremendous potential in the interactions within the complex network of relationships Chekov has established. Worst of all is the score, an insistent bland piano tinkling that never eases up.

This sort of treatment of drama emblemizes “more is less.” These elements do not add to the text of the play. It’s not inherently “cinematic” to shake up the environment and add music in an adaptation—that comes from smart usage of the camera. There are great movies that work within a single space (The Bitter Tears of Petra von Kant), and even filmed versions of plays that have more artistic innovation than many traditional films (Spike Lee’s Passing Strange, or his recent Pass Over). This movie introduces a flash-forward prologue to the original narrative for no apparent reason other than to desperately hide that it was originally a play—and nearly every moment from that flash-forward is re-used when the movie gets up to that point, meaning the opening could be cut without affecting things at all. It’s thoughtlessness.

This extends to the treatment of the characters. If The Seagull were merely a serviceable, straightforward adaptation which gave its actors room to do their thing and let the story stand on its own, then it may have come off halfway decent, even with an annoyingly omnipresent soundtrack. But everyone is either pitched at too hysterical a key (Moss, Howle), or has their performance cut to appear with as little subtlety as possible (Ronan, Bening). The movie lingers on significant looks and big emotions as if this pays proper due to the script’s reams of subtext, when in fact it turns that subtext into text and a nuanced story into a dull melodrama. Any given community theater production of the show would likely do it more justice.