Marvel movies have offered an identity to vast numbers of Americans. Unfortunately, they can't be stopped or criticized. 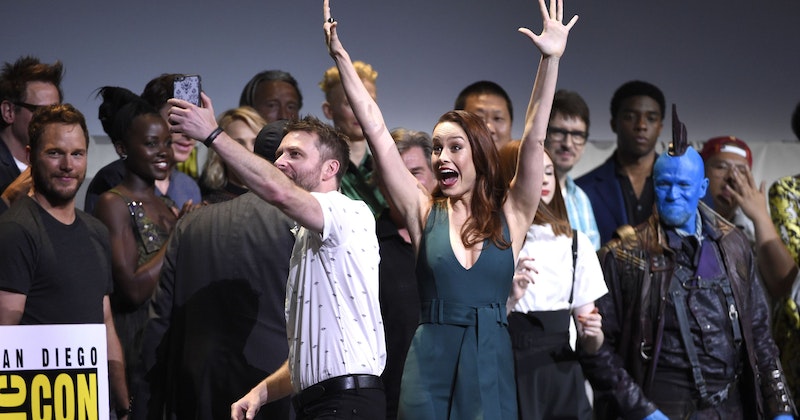 During Oscar season, the press and Twitter were increasingly full of anger and contempt for Best Picture winner Green Book. Such a White Savior counterfeit of the real story! There's some truth to this, but I don't think the outrage was warranted. This was really a fight between young progressives and old liberals. They're similar ideologues, but they're not the same creatures, not just because they're different generations with very different expectations of the future, but also because they've been educated differently.

For better and worse, people like Steven Spielberg, who championed the project and walked away with the Oscar—and remember, no successful director is quite as hated as he is by the Academy—reconciled themselves to the institutions by which liberals directed American culture. The popularity helped moderate them, since they couldn’t give it up, but they soon learned, popularity means America controls what you can say or do. Americans don't want the culture to turn into fanaticism in the service of moral reconstruction.

But young progressives are in a different situation, because they’ll never be famous in the sense Spielberg was, nor will they ever be as successful. There’s no flattery to moderate them. Instead, they've grown up in an age of media decay and technological innovation has robbed them of all the lies liberals told them to get them to do what they were told. It's tough.

So what's going to happen? The model we see with social media corporations requires outrage and insanity to get any attention. This fits the mood of our times. We're not in a rebellious mood. We're in a depressive mood. Everyone knows we're all going to fail. Nobody in the writing or public speaking business—nobody of any influence at any rate—sees any future ahead. The generational fight is primarily about comeuppance, revenge for the arrogance of old liberals who are still so frustratingly alive and unwilling to make room for a new generation.

The future, independently of social media, instead looks like Marvel. The genius of our age is Kevin Feige. He's unknown, but is the man at the center of the catastrophe overwhelming our storytelling. And whereas condescending, but generous liberals like Spielberg are humiliated for Green Book, the Marvel movies get praise. They’re too successful, there are too many of them, they’re made by people too sure that they'll be profitable into the inscrutable future—in short, they’ve offered an identity to vast numbers of Americans. They can’t be stopped or criticized.

Look at Captain Marvel, a story tailor-made to depress people who love movies and offer therapy to those who feel clueless and need some moralism. A heroine more boring than any previous Marvel protagonist gets a full dose of self-righteousness and then infinite power to destroy some bad guys we neither fear nor care about. Good luck with that, kids!

Meanwhile, let's look at race in this movie, since progressives supposedly are crusaders for racial justice. The white savior blazes, burns, blinds us with her brilliant blonde hair when she assumes her powers. The only two black characters, on the other hand, are there strictly for three purposes: to cheer her on, do what she tells them, and gaze in rapture at her. Where's the outrage? Exactly. Nobody cares about race when commerce and our identities are on the line. However humiliating this might be to the woke press otherwise, let's remember we're talking about a billion-dollar franchise-in-the-making here.

In the age when we're told everything is political, Marvel is our apolitical, beloved tyrant. We all obey it, live in its shadow, and make do with whatever scraps Disney allows us. We might learn to thank Netflix for providing an alternative, however humble. That's the truth about our cultural collapse and it's usually a waste of time to fantasize that progressives have much power or any idea of what crazy thing will come next.

It’s still profitable pretending we're full of hate and will start a revolution to eliminate the evil conservatives or the evil liberals. Nothing of the kind will happen, because neither side really matters. In the collapse of confidence, Disney is the corporation that has stepped forward to offer an identity to more people than anyone else. Meanwhile, the press is living on chump change. Until we reckon with that and abandon all delusions about crusading celebrity, we’ll have no worthwhile ideas about the future. We have to be humbled by the misery our entertainment produces, because it's the only historic achievement of our age.