An Atypical Review of Atypical

When it hits, it hits hard. 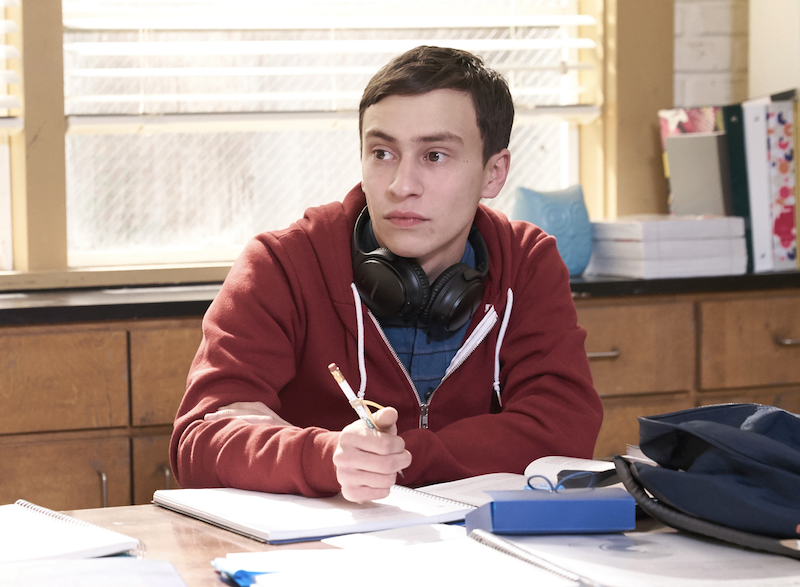 Atypical has been dissected by several critics, including an op-ed by Mickey Rowe who criticized the portrayal of autism and the framing of Sam Gardener's (Keir Gilchrist) struggles as a punchline. While I was not troubled by Sam's portrayal, or the depiction of how autism impacts his life, it may be a question of interpretation. Admittedly, Sam's autism is largely presented as something that causes him trouble, but in some cases I could easily hear the words that he was saying coming out of my mouth. Much of the discomfort I felt was because I’d undergone some of the same struggles.

But while watching, I found myself drawn to other aspects of the series. At one point Sam and his mother Elsa (Jennifer Jason Leigh) go to the mall. Elsa constantly mentions things that she thinks will bother Sam, such as the lights and the noise. In response, Sam simply says, “I'm not a little kid anymore.” The support group for parents with autistic children exudes a well-intentioned but inadvertently condescending tone, where one parent rattles on about “using person-first language” (largely considered patronizing in the autistic community) and utters the phrase “self-care” with an airy tone that’s grating. This is amplified by their discussions about how autism means that their children can't do certain things, like maintain a relationship with another human being. Early on, it’s revealed that Sam's father (Michael Rapaport) temporarily left his family because he couldn't handle the stress of an autistic son. This is the most hopeful of character arcs, as he slowly learns how to bond with Sam.

A large part of Elsa's character is that her dedication to both autism and mothering Sam has left her with an emotional void when Sam tries to engage with the world as an adult, which she attempts to resolve by having an affair with a bartender. Meanwhile, Sam's sister Casey (Brigette Lundy-Plaine) is attempting to move on with her own life. While it’s easy to believe that this is just here for dramatic convenience, it touches on very real issues that trouble families with autistic children. While Atypical isn’t groundbreaking, it does provide a window into the 21st century view of autism, with all of its mismatches between intent and impact.