A Family Under Cassavetes’ Influence

An analysis of A Woman Under the Influence (1974) and John Cassavetes' "undirected direction." 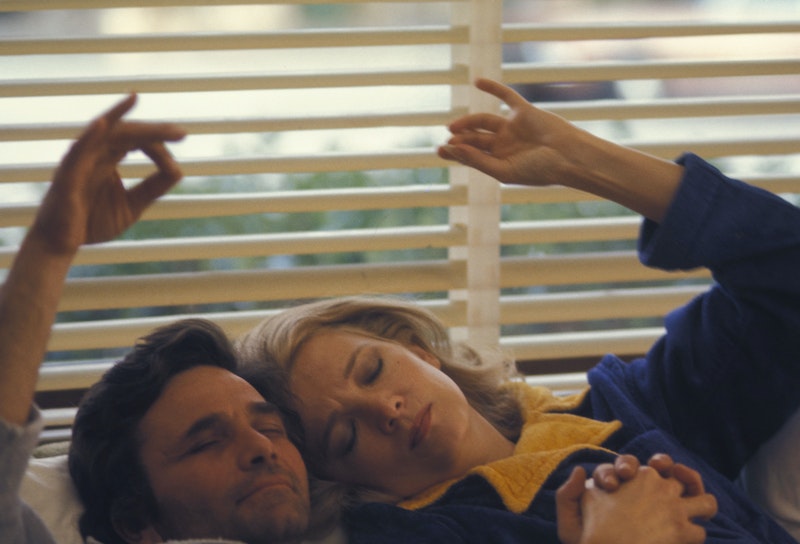 (Note: Most of the quotations in this piece are either from the film or from Ray Carney’s book, Cassavetes on Cassavetes, Faber and Faber, 2001)

Anyone who’s seen the films of John Cassavetes (1929-1989) will tell you that it’s an experience. You don’t grab a bag of popcorn and park yourself in a lounge chair for some relaxation and laughs. There are many funny scenes in Cassavetes’ films but it’s not the laughter you’d expect or are familiar with. It’s the kind that produces uneasiness in the viewer, always wondering, “Is he [Cassavetes] talking about me?” and “Why is this film making me uncomfortable?”

There’s nothing political (at least not overtly or intentionally) in Cassavetes’ films. In fact, according to Cassavetes, he simply makes movies about people and it’s people’s emotional lives (if viewed truthfully and authentically) that bring on the feelings of uneasiness. The discomfort that he creates is not part of some dull deconstructivist theory. Rather, Cassavetes’ lens creates a discomfort that goes straight for the heart or stomach. Unless you walk out of the theater or hit the stop button on your DVD player, you have no choice but to awake from your cotton candy world (if that’s indeed where you live).

A Woman Under the Influence appeared in the theaters in 1974. It’s one of the most demanding and emotionally draining Cassavetes’ films. Mabel (played by Cassavetes’ wife, Gena Rowlands) is on the verge of a nervous breakdown. It’s never entirely clear what caused such emotions but perhaps taking care of three children and staying at home all day long to satisfy this role has something to do with it. But, again, Cassavetes isn’t interested in details he considers peripheral, nor is he trying to make some ideological statement (he explicitly refused the critique that this is a feminist film).

Mabel’s husband, Nick (played by the brilliant Peter Falk), is at a loss. He’s a construction worker; a man who works long hours and deals with rough and grimy parts of society we don’t often see. Nick doesn’t lack kindness or compassion toward Mabel’s crazy state of being, but at the same time, he’s completely unable to articulate either the help he’s trying to give her or understand what makes her tick.

Mabel’s compulsive in her behavior. Even Nick admits that she’s a little “nutty,” and presumably, this is one of the reasons he married her. But how much craziness is appropriate? She aimlessly walks into a bar, hooks up with a random man, and brings him home for what is supposed to be a night of meaningless sex. The scenes that played out between the man and Mabel are incredibly real. There’s no mystery: only two people in the throes of, not passion, but post-bar awkwardness. In the morning, Mabel displays strange behavior and the man isn’t sure if he should leave or not. Clearly, he’s not used to any of this.

Cassavetes was famous for giving “undirected direction,” and here, too, he gives no indication to the actor, who plays Mabel’s conquest (O. G. Dunn) as to what he’s supposed to do. “How should I play this?” asks Dunn. Cassavetes gives an ambiguous answer: “Look, you’re here. She’s there. You see? [followed by a long, intense look, which was the way Cassavetes often ended this sort of explanation]. Dunn responds: “Well, yeah, John, but…”  Cassavetes gives another even more mysterious response: “No, no, no. Don’t! Don’t! Just. You know?” [followed by another deep, soulful look].”

Time and again, Nick’s trying to bring normalcy into their life together but repeatedly fails. Falk is superb in his short and stilted deliveries that move fluidly from anger to love to frustration. Falk’s rugged and worn-out look that his face betrays adds further authenticity to who Nick really is. He’s torn between loyalty to Mabel or his Italian mother (played by Cassavetes’ own mother), which naturally creates even more tension between Mabel and Nick.

At one point, he brings his entire crew home for a spaghetti breakfast (after an all-night shift). Most of the crew is composed of non-actors (as was the standard practice for Cassavetes), and we watch this slow, silent, awkward scene unfold. Plates are clinking as the sauce and pasta is passed around. The guys know that there’s something off with Mabel but they can’t quite figure out what. Nick’s trying to curb her behavior because he’s ashamed but doesn’t realize that the more he does this, the less freedom Mabel feels. The guys don’t care. In fact, their faces reveal gratitude for this meal. There’s something entirely simple about this scene: simple plates, simple forks, simple pots, even a round, blue box of Morton salt is on the table as opposed to a pretty salt shaker. The cacophony of the plates and random conversations is broken by one of Nick’s co-workers singing an Italian aria. Such strange juxtapositions and yet completely normal in a Cassavetes film.

Mabel can’t express her frustration with life properly. As a result, the dialogue is incomplete, but Cassavetes defended this from the perspective that no real husband and wife would speak to each other in clear sentences, especially when expressing frustrations with one another. No one knows what to do with Mabel, extended family included. Finally, she’s sent to a mental institution for six months.

She comes back but is she any better? She’s calm but is it real? Nick’s uneasy. Unable to recognize his wife, he implores her to be “herself.” But what exactly is that? He mimics the meaningless sounds she used to make when she was “crazy”: “ba ba ba ba” and movements of her hands that became familiar signs of becoming unglued, once again. Mabel, as expected, is confused. Has anything changed? Will this family gain control over their lives or will it be chaos forever in the Longhetti household?

As much as A Woman Under the Influence is difficult to watch, the making of it was just as tough. “Once we began shooting,” said Cassavetes, “it was hell. The emotional strain was so great that we never went out, socially, for thirteen weeks.”

The film also put a lot of strain on the marriage of Cassavetes and Rowlands. Despite the knowledge of her husband’s approach to directing, which was merciless, Rowlands asked for some insight into Mabel’s character.

“I don’t want to tell you. What would Mabel do?” replied Cassavetes.

Cassavetes had no compassion: “Gena, that’s enough! I refuse to talk to you. No more!”

Not exactly warm and fuzzy. But the results and the range of humanism that Cassavetes got out of Rowlands (and others) is unsurpassed. No American director has achieved such cinematic realism as beautifully and superbly as Cassavetes.

The film ends with a deliberate (on whose part? Cassavetes’? The Longhettis’?) act of domesticity. Mabel and Nick are cleaning the living room and kitchen, as they prepare to go to bed. The phone keeps ringing but they ignore it. Occasionally, they give each other a gentle smile, perhaps an indication that they’ll be okay. We don’t know, and we don’t have to know. Cassavetes has given us a powerful and an exhausting glimpse into the world of one family on the verge of collapse, yet order is restored in the evening. At least for that one night.