On “Hated in the Nation,” from the third season of Black Mirror. 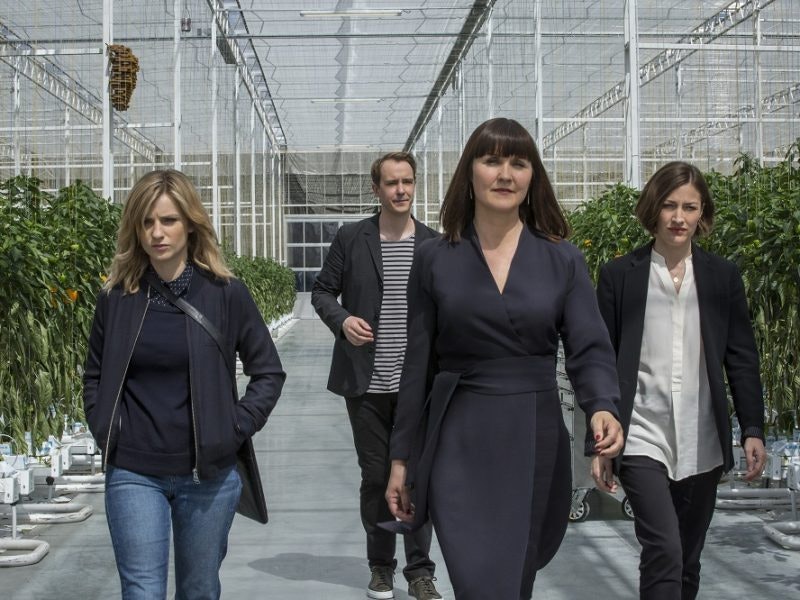 In its third season, tech-dystopia series Black Mirror stretched beyond England and expanded its genre horizons. So “Nosedive” was a comedy, “San Junipero” a circa-1980s romp, “Shut Up and Dance” a buddy picture—and season capper “Hated in the Nation” is, in essence, a feature-length police procedural.

Bees are extinct, so the British government has launched a program to replace them with a self-sustaining hive of robot bees. A controversial newspaper column and a rapper die violently and unexpectedly, slain by rogue bees; as it happens, both victims were the targets of especially virulent social-media opprobrium. As the authorities—municipal and federal—investigate, it becomes apparent that something sinister is afoot.

Cop shows are televised comfort food: they generally posit a fictional crime or mimic an actual one. Jaded, dogged detectives hunt down the suspects and bring them to justice: open, shut. It’s an illusion, a panacea designed to placate audiences into forgetting that actual police work is hard and that most crooks aren’t brought to justice immediately, if ever. Slick, efficient, and corporate, cop shows are bullshit.

There are more ins and outs—not to mention taut, committed acting turns from actors you may or may not know—powering “Hated in the Nation” that I’m leapfrogging over, not because I’m worried about spoiling the episode but because the episode’s shortcomings are baked into the DNA of its chosen genre. When the denouement arrives, hundreds of thousands of people are killed across England at once, and we don’t see any of them die. We don’t even get a multimedia montage conveying the carnage scale.

Robot bees cluster on window panes, then we’re forced to use our imaginations; I’m usually pleased as punch when screenwriters and directors trust us to do that, but this strategic squeamishness both undercuts the episode’s impact and underlines the bow-tying nature of procedurals generally.

Our detective heroines, wandering a cavernous space filled with corpses under sheets? That isn’t enough. The reveal that ultimately the public never learns that these bees were equipped with cameras that allowed to spy on citizens, and that the public never even knew why the bees slaughtered went on a slaughtering spree? Damning. The episode just shrugs at it. Maybe that was the whole point.