Making sense of content piracy in the age of streaming. 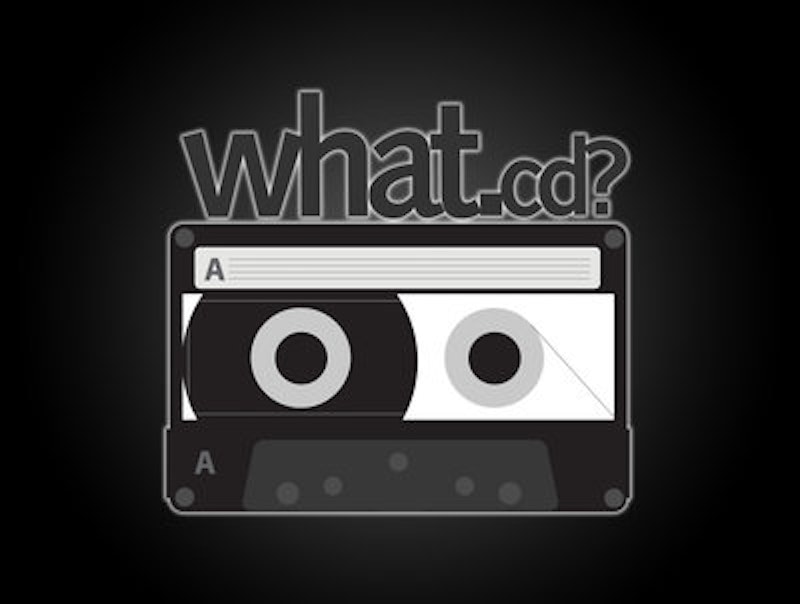 In mid-November, a music sharing community called what.cd was shut down. According to post-mortems in the music press, what.cd was an elite, private BitTorrent organization specializing in high quality files and rare recordings. While most people had probably never heard of it, one Twitter commentator claimed, “the organization and community made it the most important music discovery platform ever made.”

The ethics of digital copyright infringement and the curious vicissitudes of our intellectual property laws are interesting to ponder. But the real question is why, today, a person would feel the need to steal music in the first place.

It’s about 15 years since Napster’s death by injunction, and already the price of music has been driven down to practically zero. Streaming music is so easy and so cheap that one wonders what utility remains in the MP3. Further, if one considers the number of people that illegally torrent content while also paying for monthly Spotify or Netflix subscriptions (there’s no way of knowing, but I’m willing to bet the overlap is not insignificant) then piracy truly makes no sense. A user can have the legal right to stream the same content that she can be sued for downloading. It’s a fascinating irrationality.

So what is it about what.cd that moved its users to take such a risk? Why not just pay the measly $10/month?

Broadly, content piracy is about who controls culture. When servers are seized and threatening letters are sent, the message is clear: culture may not exist outside the reach of capitalistic control. That corporations have rights over products of the mind feels like common sense, but only to those trained to give economics both the first and last say. Piracy enterprises like what.cd reappropriate culture from economics.

It’s looks like the only cultural experiences people have access to anymore come from industry. And when culture is reduced to a mere product of the industrial process, the contours of its reception and enjoyment are governed by the same brutal demand curves that set bread prices and drive commodities futures. Once the hard copy is abolished for good, consumers lose control over even the art they pay for. Because who is responsible for curating the cloud? Realignments in corporate licensing strategies and changes to royalty taxation may become the final judges of what anybody is allowed to hear and watch.

So access is part of it. Even if all the music you like is already streamable, there’s always the possibility that, similar to what happened with Netflix, a service like Spotify might gut its library in favor of more scalable markets. As others have pointed out, a massive community like what.cd was packed with genuine rarities unavailable via mainstream distribution channels. One user, in an anonymous interview, compared what.cd to the Library of Alexandria. He lamented its being “burned down by a bunch of fanatics terrified of the knowledge contained within its hallowed halls.” Dramatic. But the point is that an illicit organization like what.cd apparently sees itself as guardian to a vast repository of vulnerable culture. (Of course, there are legal ways of doing that too.)

On another level, what’s at stake here is a transition from an active pop culture consumerism to a passive one. Spoon-fed playlist curation and targeted album rollouts shift responsibility for stewarding culture to the supply side. Rather than seeking out and discovering culture affirmatively, we can lay back and have it delivered straight to our eardrums.

It’s possible the informational state of nature triggered by the Internet has only refortified the industrial Leviathan’s stranglehold on culture. More than ever, culture is designed and distributed by faceless digital corporations moved by the same fiduciary duties as any telecommunications giant, investment bank, or oil company.

To some, the escalating consolidation of corporate control over culture feels creepy. Authentic culture is not merely a distraction, a pleasant soundtrack to our lives, but the locus of real meaning. The things we enjoy, the culture we identify with, are constitutive parts of our selves. As Nick Hornby ponders in High Fidelity, it’s hard to tell which is more important: what you are like, or what you like. It’s only a small step for culture industry to shift from an economic force shaping what you like into something that decides what you are like. Corporation culture advances a culture of corporations.

To throw out CDs in 2006 and then delete mp3s in 2016 signals a fundamental change to our relationship with music. And perhaps that’s why people are still willing to risk legal action by illegally downloading the new Britney Spears album when they can easily stream it for free. The former still looks like an active engagement with culture, while the latter feels like a passive audio narcotic delivery system. Meaning fades in a posture of passivity.

My hunch is that people found what.cd meaningful precisely because of its clandestine, transgressive nature. The pleasure was not only in the music itself, but derived also from a sense of forbidden agency. They joined a secret community and broke the law to reconstitute a meaningful relationship with music. To them, it was worth the risk. In that paradoxical sense, content piracy is also about sacrifice.

The word for someone who adopts culture without paying the price is “poseur.” The continuous practice of content piracy, even in light of radical changes to the economics of content distribution, denotes an interesting masochism. What could be more ironic? It’s as though one must pay the price for an authentic relation to culture. But if intellectual property is all about money, then how is authenticity purchased? What the rogue audiophile means to give up isn’t measured in dollars. It’s libidinal cathexis and surplus enjoyment measured in time, effort and risk.

The message behind what.cd’s eulogies and postmortems is that culture cannot simply be handed to you. You have to go and take it.