The Internet’s Reached a Critical Phase 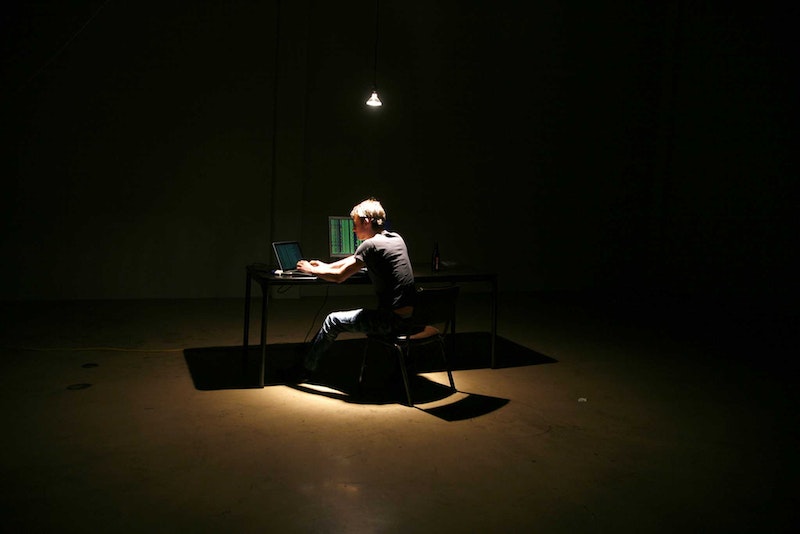 We’ll all be somewhat disappointed, but relieved, when the Internet interlude is finished. Many people claim they cannot imagine life without the Internet; what we can or cannot imagine, however, is neither here nor there.

Suppose it’s true that "the Russians" hacked the American election in many dimensions simultaneously: by leaking DNC and Clinton campaign emails, with a flood of unattributable disinformation on all channels, and with Lord knows what else. Suppose they favored Donald Trump. Suppose they affected the outcome. I'd call that the greatest scandal in American history. Were I a war-like man, I might also call it an act of war.

In the bowels of the Pentagon and Langley they’re toying with that phrase already. But we're still in a nuclear square-off. If you present a physical military response and get into a confrontation over Syria, under the North Atlantic or on the ground in Ukraine, you just might unleash WWIII. So, how should we respond? Well, somewhere in those bowels as well, they’ve been developing cyber-weapons. They've had perhaps a decade of work since the development of Israeli-US Stuxnet virus that was deployed against Iran's nuclear program.

Obama’s already hinted at such a response. But of course the Russians have been coding both counter-measures and offensive weaponry. Both are working as hard on plausible deniability as on destructive capacity. It's possible, or even likely, that the intelligence organizations of the two countries will over the next few months be releasing a variety of devastating viruses onto the net.

Like Stuxnet, these viruses will leak. They will, as it turns out, have many code flaws. They’ll be easily turned, by people who know how, to a variety of purposes. The weapons will quickly become available to governments and non-government organizations. They’ll start bringing down Amazon and Apple, or you. Everyone will be retreating to paper. The Internet will become a smoking virtual ruin.

Granted, it might or might not happen like that; that's the worst case, and I imagine people are also working like mad to keep the architecture standing. But whether this scenario in some form is realized or not, we’ve have reached the critical phase. The security vulnerabilities of the Internet and its use as a forum for abuse are beginning to outweigh its usefulness. Everyone’s anxious or angry. These features could become overwhelmingly worse very quickly.

All of these issues blow sky-high publicly if there’s any way to connect the Trump campaign to the Russian election hack. If they knew about it early, for example, or before it was in the news, that’s an impeachable offense. It raises the unbelievable specter of an American president who is an agent of a foreign power. I want to emphasize that I’ve no idea whether that's true or not.

As the Internet ends, we'll have to reconceive the future, I suppose, and it may be that self-driving cars won't save us after all. Perhaps smart phones and social media were a generational phase. It's going to suck when all our music, photos, and documents disappear from the cloud, etc. Then again, life was as often groovy without the Internet as with it: it's not that different when you get right down to it. We'll be fine; well, we'll still be us, anyway.

As our species has marched along, many technological advances have been abandoned along the way, and not always because they were superseded by something better. At every phase, our technology has brought forth both pleasure and destruction. It's not a bold steady path into the future, but a labyrinth of contradictions, for it’s made by us. We should know that, at this point, if nothing else.