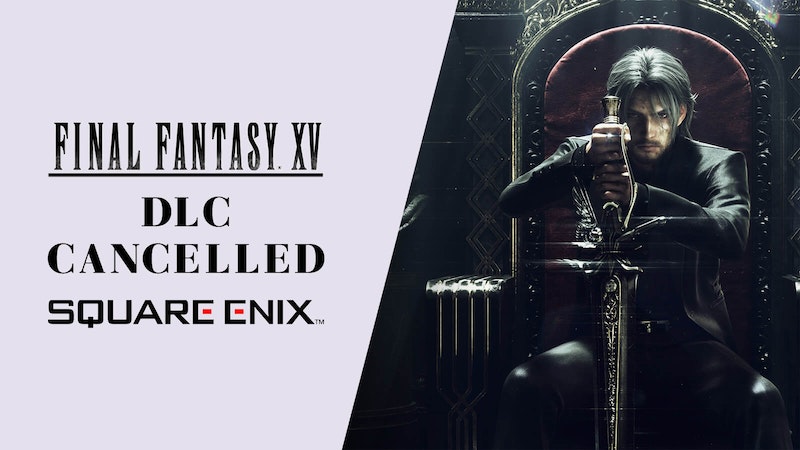 I’d purchased a copy of Final Fantasy XV at launch, and I viewed it with ambivalence. I enjoyed the open-world romp as Prince Noctis and at times could see the brilliance in this iteration of the long-running franchise. But the endgame content at launch proved unsatisfying from both a gameplay and narrative perspective. It was clear there was going to be DLC in the future; season passes were issued from day one.

The first season fleshed out the characters and world of Final Fantasy XV, but season two was poised to focus on some of the secondary characters like Noctis' fiancé, Lunafreya and the dragoon mercenary Aranea. But season two's plans were scuttled when director Hajime Tabata announced his resignation from Square-Enix, resulting in a $33 million loss due to initial investments.

I’m something of a Square-Enix fan. I’ve fond memories of Final Fantasy as a franchise going back to the days of the original PSOne. I tied many of my developmental milestones to these games and how the series matured along with me from the early days of sprites to photorealistic 3D rendering. But for a while, I’ve wondered if the company's business practices have held up in modern times.

Final Fantasy XV's development time took a decade to complete, involving switching directors, engines, and a massive multimedia collaboration effort that included a feature-length movie, an anime, spin-off games and crossover events with other games like Assassin's Creed and Terra Wars. It's the first case of blatant product placement in the franchise, with one of the characters proposing a quest for Nissin Cup Noodles to get “the ultimate flavor experience.” The fattened budget of the game means, by necessity, that squeezing every ounce of profit is necessary. The game's visual prowess and massive scope require all of this. But with all of that, Tabata's departure stopped all this investment in its tracks.

I can’t imagine living in a world where I’d be unable to experience the powerful emotions I felt in Final Fantasy VII because the director left halfway through a prolonged production period. In Japanese RPGs, where storytelling is considered important, the loss of content extends far beyond simply losing a few stages. Lunafreya, who was woefully underwritten and sidelined, will never have an episode that focuses on her character. Final Fantasy XV will remain unfinished, joining other canceled titles such as Mega Man Legends 3, Silent Hills and Visceral Games' ambitious Star Wars project. Their deaths tell us a lot about the direction that modern game development is taking.