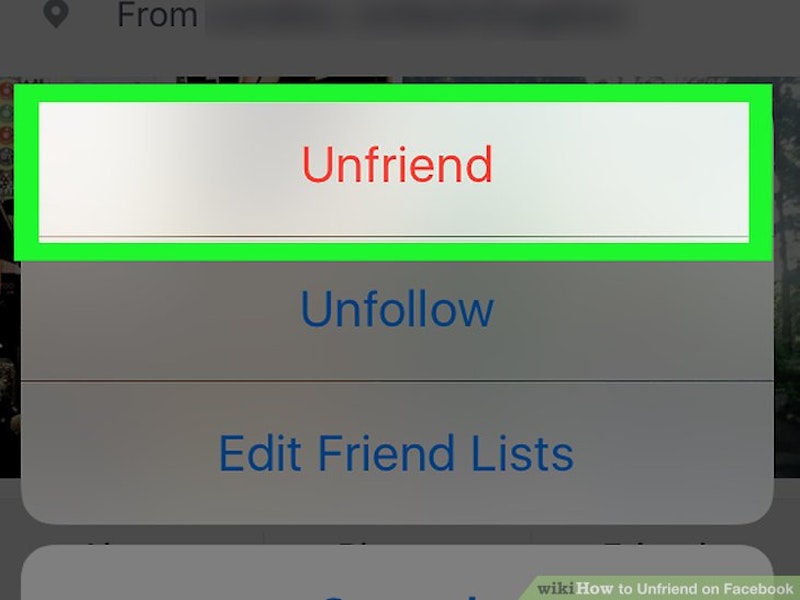 A few weeks ago, I deactivated my Facebook account. As sometimes happens, I pulled the trigger first, then asked questions later. What had really compelled me to leave? Why did I feel so certain I wouldn’t come crawling back, as I have once or twice in the past? What was going to replace Facebook in my life?

My decision wasn’t political. I’m impatient with claims that Facebook, the corporation, is partly responsible for the outcome of the 2016 presidential election or the divisive political climate in America. The misinformation and provocative trolling that Zuckerberg’s company allowed into their social network was exactly what it appeared to be: malignant and misleading. We shouldn’t have fallen for it; it really is each citizen’s responsibility to think critically about the memes and media they help curate. During the first wave of cyber-attacks, Americans failed (on the whole) to perform that fundamental civic duty. Instead of taking out the trash, we lauded and re-posted it. Now we’re living with the results.

My decision was personal. It was also more conclusive. There’s really nothing Facebook can do to make itself better; there’s actually something wrong with the platform’s DNA. The problem is this: Facebook exists to create, and then relieve, social anxiety. It’s extremely good at creating anxiety, which is why it’s so successful and appears so “addictive.” It’s also good at disguising the real nature of the interactions it fosters. Although countless critiques of Facebook have gone to print, most of them land glancing blows. They come near to the heart of the matter but never reach it. Even worse, many of these critiques actually do the opposite of what they intend. They ultimately shield Facebook from damning criticism instead of exposing it.

Take, for example, Sherry Turkle’s oft-cited claim (from her book Alone Together) that Facebook is a pernicious “alternative” to live interactions, interactions that she deems more honest and substantive. According to Turkle, our ability to edit our public image online, and to share selective information, undermines our real understanding of each other. Things break down as soon as we begin browsing “profiles” instead of making direct contact.

As she writes: “Technology is seductive when what it offers meets our human vulnerabilities. And as it turns out, we are very vulnerable indeed. We are lonely but fearful of intimacy. Digital connections and the sociable robot may offer the illusion of companionship without the demands of friendship. Our networked life allows us to hide from each other, even as we are tethered to each other.”

This is misleading. Turkle portrays exchanges mediated by technology as less alarming, and less demanding, than unmediated ones. This makes Facebook out to be a tawdry way of avoiding social obligations. Instead of sending a card, making a call, or planning a party, we can just go on Facebook to wish someone “Happy Birthday!” and be done with it.

This does happen, and it’s annoying, but it’s not unique to Facebook in particular or high-tech living in general. (People duck each other in all sorts of ways.) What is unique to Facebook is the feeling that we ought to wish somebody a happy birthday simply because Facebook, of its own accord, delivered little notifications about their birthday. Whenever your birthday comes, your Facebook wall clogs up with the vexing, meaningless postings of well-wishers; inevitably, most of these are people you barely even know. That doesn’t mean you have a bunch of needy, sentimental acquaintances, either; it’s just their natural response to the series of increasingly urgent birthday alarms going off on their computers. This is how Facebook manufactures anxiety: it asks you, multiple times, whether you really want to skip somebody’s birthday. Then the other person has to “Like” your birthday message, as quickly as possible, in order to avoid giving offense. Contra Turkle, this isn’t substituting for a different, richer exchange “in real life.” In real life, there wouldn’t be any exchange at all. It’s a completely new, fabricated demand that Facebook makes of both people.

In addition to Turkle, there’s no shortage of experts on dopamine who will gladly talk, at length, about the neuroscience of Facebook addiction. Their explanation of the ways people behave on Facebook has been totally successful in shaping the public’s perceptions of the site. A columnist like David Brooks, writing for The New York Times, can claim that “Tech companies understand what causes dopamine surges in the brain and… lace their products with ‘hijacking techniques’ that lure us in and create ‘compulsion loops’”—and he does so without bothering to cite a single source. After all, it’s common knowledge, right? This model makes Facebook seem like a virtual drug, with dopamine always on offer, luring us in even when our time might be better spent on other things.

Our brains use dopamine to process Facebook, along with other neurotransmitters. Dopamine rewards are inherent to all social activity. A better question is whether, for a given period of browsing Facebook, a pleasurable dopamine release even occurs. Is there anything pleasant about gradually coming to believe that everyone you know is livelier, wealthier, and more beloved than you are? Is it rewarding to discover that your soul-baring, paragraph-long rant has garnered, after two days, exactly three “Likes”? Is the feeling of re-posting lousy commercials—you know, those “Pages” your entrepreneurial friends ask you to Like—akin to doing cocaine?

Unfortunately, perhaps, the answer is no. All of these things drag us back to Facebook, sometimes many times per day, but there’s no dopamine waiting for us at the end of our exertions. Pain, not pleasure, drives us to count up our Likes and survey what other people are feeding their babies for dinner. We use Facebook to compare ourselves to others, first; then we use it to compete with others; finally, we use it to investigate and ridicule those others who make us feel threatened. Facebook thrives on jealousy, insecurity, and cynicism. It’s a very far cry from the neurological candy store that our experts have led us to expect.

Over Thanksgiving, my mother begged me for help. “I don’t know who’s posting to my wall,” she said, “but I think some of them are not very in-tune, politically, and I want their posts removed.” This was just the beginning. “Are my friends trying to reach me? How do I know if they’ve posted something important?” I tried to explain that pretty much everything wound up on her “feed,” and that fielding wall posts and important updates was mostly a matter of diligently checking the feed. “But I don’t have time to check all that, every day,” she howled. “I just want to know what’s going on!” We eventually gave up and switched to activating her Tiles.

Nonetheless, her outburst finally pushed me to look up the DSM definition of “social anxiety disorder.” Here is how it begins: “A persistent fear of one or more social or performance situations in which the person is exposed to unfamiliar people or to possible scrutiny by others. The individual fears that he or she will act in a way (or show anxiety symptoms) that will be embarrassing and humiliating.

This is, I would say, a perfect encapsulation of the Facebook experience. We post things to our “network,” exposing ourselves to scrutiny and unfamiliar people. We don’t want to seem embarrassing, anxious, or pitiable. Once we accrue reactions to each post, we calm down, convinced that at least nothing too awful has happened up to now.

Remember how Facebook works: we meet someone, form some kind of relationship, and then add them on Facebook, duplicating the friendship (or whatever it is) online. This is the essence of every Facebook process. It’s a site where we painstakingly try to maintain an accurate, albeit retouched, duplicate of ourselves. As soon as we do this, we become responsible for our duplicate. It can give offense, be misunderstood, appear shiftless, or even get us fired. To paraphrase Fight Club, our profile has to walk around and be extra nice to everyone in the room. We try to console ourselves by refusing to get too upset about a website. Once again, I quote from the DSM: “The person recognizes that this fear is unreasonable or excessive.” But we never stop and ask whether we actually want to live with any such fears, at all. Given that Facebook is a facsimile of life, we need to decide how many of its demands we are willing to entertain. Doing that is the first step towards the exit.