The ramifications of the FCC's net neutrality repeal. 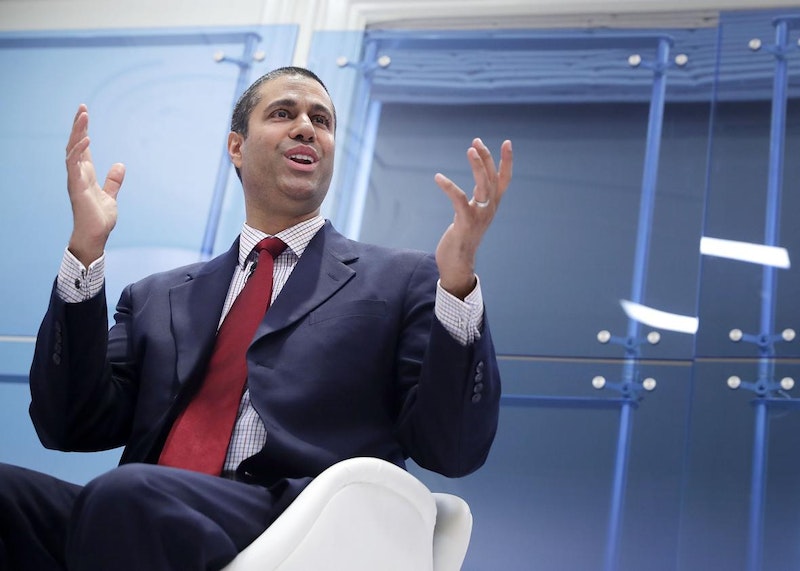 Perhaps I had forgotten about the 2016 election too quickly, though I also remember the last two times net neutrality was in the political crosshairs and both attempts ended in failure. It doesn't surprise me that the telecom companies were playing a war of attrition, since they had the power to manifest astroturfing websites for quite some time. But it's clear that the decision was made on party lines, and Ajit Pai explained his position in a way that reeks of memorizing a corporate PR script. In truth, this was the best time for telecoms to strike given the favorable climate.

While activists are shifting around to get Congress or the courts to overrule this vote, there also needs to be discussion about how this happened in the first place. How was Ajit Pai able to ascend to such a position of power? Why have corporate interests taken such a massive priority over the interests of the public? How does this reflect on the decision-making of our elected officials? There are many implications that don't get the attention they deserve.

But assuming that activists succeed, how long would it be until the telecoms send another representative to affect policy? It's clear that the lesson that telecoms will learn after this is that if you keep trying, eventually you'll get what you want. It's likely from here that telecoms will slowly and quietly implement their changes over a period of months or even years. Will the public be so inured as to make it unnoticeable?

Clearly, this is a wakeup call to discuss not only the issue of an internet where providers can slow down or disable sites that have economic incentives to falter competition, but the circumstances that produced them. Otherwise, the corporate titans that got us here in the first place will keep doing it over and over again. Above all else, this is a sign of corporate power taking hold over the interets of everyday people. This also calls attention to having elected officials with jurisdiction over technology that they clearly know nothing about, on a level that the late Ted Stevens' “series of tubes” gaffe doesn't even begin to encapsulate. Historians may remember this as the day when our country first officially became a cyberpunk society.