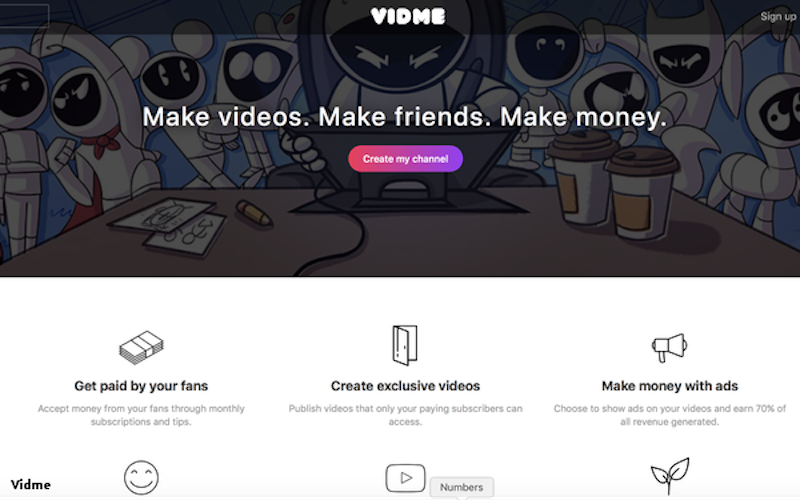 I remember hearing a lot of hype for the video sharing service VidMe. It was touted to be a YouTube-killer, a site that could do the things that YouTube couldn't. Given YouTube's messy reputation with regards to how it handles its creators, the awful user culture, and the easily exploitable automated systems, Vidme should be an easy choice. But of course, as was revealed recently, Vidme is shutting down, deflating the hopes of enthusiastic users. But what does this really mean?

To start, I've observed a trend where people end up investing an inordinate amount of faith in a product or service. This happened with the Ouya, Mighty No. 9, and countless Kickstarter campaigns. When interrogated, there's the response that boils down to, “Backers/users won't let this happen.” According to this logic, user enthusiasm trumps economics and when these enterprises fail the enthusiasts are left scratching their heads as to why this happened.

Of course, in Vidme's case, they were dealing with an uphill battle from the start. Many users don't appreciate the sheer volume of storage required to store video content, meaning that the barrier to entry is going to be high. For quite some time, even YouTube hasn't been particularly profitable despite its popularity, though it apparently seems to be rising up. Few users seem to understand exactly what kind of undertaking this is.

There were plenty of other factors as well, ranging from their site design and user experience. But ultimately, even a good site is going to run into a similar problem. While creating a competitor to YouTube is an admirable goal, few people really understand exactly what it takes to make that a reality. Our tech world made seem solid, but it's far more fragile than most of us would like to admit. The ultimate lesson that should be gleaned from Vidme's failure is that users can't rely on wishful thinking to sustain a beloved service.