The Scandal of Screen Time

Conversations we aren't having about tech. 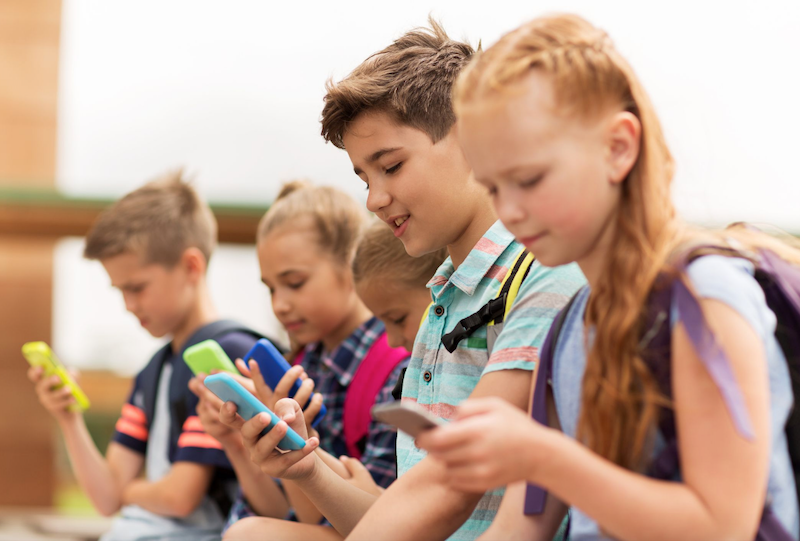 Recently, Business Insider made new headlines out of old hat by reporting on Bill Gates’ parenting: Gates, they announced, restricted his children’s access to technology. Gates’ kids weren’t allowed cellphones until they were 14, can’t use their phones at dinner, and have to turn them off when it gets late. With a flamboyant show of grave concern, the article went on to note that Steve Jobs wouldn’t let his children play with iPads. The implications are clear: if the founders of our modern tech giants are so wary about their creations, shouldn’t we be, as well? And how much time is your child spending on her smartphone?

If you follow the chain of Business Insider articles about Gates, Jobs, cellphones, and kids, you eventually end up at articles citing Sherry Turkle. You probably remember that Turkle became an intellectual celebrity back in 2013 by publishing Alone Together, a cautionary book about the alienation that smartphones and similar devices supposedly produce (in conjunction with social media and other platform apps). Along the way to Turkle, however, something curious happens. Virtually all the Business Insider articles, like their counterparts across the Internet, draw scary inferences from studies of technology use. These studies are never quoted directly, but according to the articles, they prove that excessive use of technology causes mental illness. For example, one study found that 27 percent of eighth graders who frequently use social media suffer from depression, compared to just 12 percent who “went outside or got involved in their community.” Of course, the structure of this study is odd on its face: nothing prevents an eighth grader from using social media, and volunteering in her community, at the same time. But there’s a much more pernicious mistake at work here.

The study proves that there’s a correlation between depression and social media use. It does not prove causality. It is not only possible, but probable, that depressed individuals use social media more than their peers. Social media sites provide reassurance to their users, serving as tangible (if shallow) evidence that we have friends and are likable. Depressed people are naturally looking for such sources of comfort; their illness isolates them, forcing them onto the Web. It also makes them prone to anxious rumination. Perhaps the brains of depressed social media users are especially hungry for the dopamine rush that online feedback (“Likes,” etc.) provides; perhaps not. Regardless, without establishing a chain of causation, these studies are worse than useless. The information they give us—lonely people spend a lot of time on Facebook—is common knowledge, and doesn’t mean Facebook is making anything worse.

All of the other studies are similarly flawed. One study found that children who spend five days “away from screens,” at a wilderness camp, did better than their peers on subsequent tests for recognizing nonverbal cues. (In other words, more face time improves social perceptions.) This was then touted as an increase in “empathy” and “mental health,” which it emphatically is not. Recognizing nonverbal cues, which is all the study tested for, is not the same thing as having an empathetic response, nor is it an index of mental health. I don’t have any problem believing that wilderness camps are good for children in all sorts of verifiable ways. Unfortunately, though, that tells me absolutely nothing about the baseline for social perceptiveness in today’s youngsters, and why it is where it is. There are just too many differences between normal, daily life, and life at a fancy wilderness retreat, to warrant specific conclusions.

Another study, by the American Psychological Association, found that adults who checked their devices more frequently were more anxious than those who didn’t. By now I’m sure you can guess what’s wrong with these facts: anxious people get anxious about lots of things, and compulsively keep tabs on the world by checking their devices. You might as well announce that sweaty palms are a major cause of anxiety in adult Americans.

There’s nothing particularly troubling or draconian about the restrictions on tech that Gates established for his family. They seem grounded in ordinary common sense. However, the way his family policies were publicized absolutely has had a damaging effect on our conversations about “devices,” those gadgets that have become so ubiquitous in such a short amount of time—a sea change we ought to try and understand. Sherry Turkle has had a damaging effect on this ongoing conversation. Chamath Palihapitiya, a former Facebook employee who likes to give interviews claiming that Facebook is “ripping apart the social fabric,” has had a damaging effect as well. Hysteria over smartphones et cetera, particularly as it affects children, leads inevitably to calls for self-imposed (or parentally enforced) technological curfews and blackouts.

Do these episodes of “fasting” really reduce addictive reliance on technology? Do they improve mental health? Do they free up time for children to pursue more cognitively demanding tasks? Anecdotally, of course, it’s easy to declare victories over our devices. In the process, though, we create a perpetual crisis of addiction and renunciation that looks a lot like the unhealthy way we Americans approach food (and so much else). Who’s talking about making social media more sensitive to the needs of mentally ill users? Who’s studying the best, healthiest, most sustainable ways for toddlers to use tablets? Who’s developing smartphone operating systems that reduce anxiety? These conversations take place inside tech companies, but the general public rarely, if ever, weighs in. We, the public, are caught between reviews of the new iPhone X and hyperbolic denunciations of technology as a social disease. Nowadays, the two are often delivered side-by-side, in a single publication.

Our devices can be anything we want them to be. If we want them to be beguiling, and dangerous, they will end up as bogeymen. But we deserve better, as do our children. The solution to mental illness and a fraying social fabric will not be impractical, hobbled devices, or “unplugged” vacations that only the rich can afford. It will begin with a new, rational, national discussion of the way we live now, and the way we want to live, devices and all.