How can artists lobby for fair compensation? 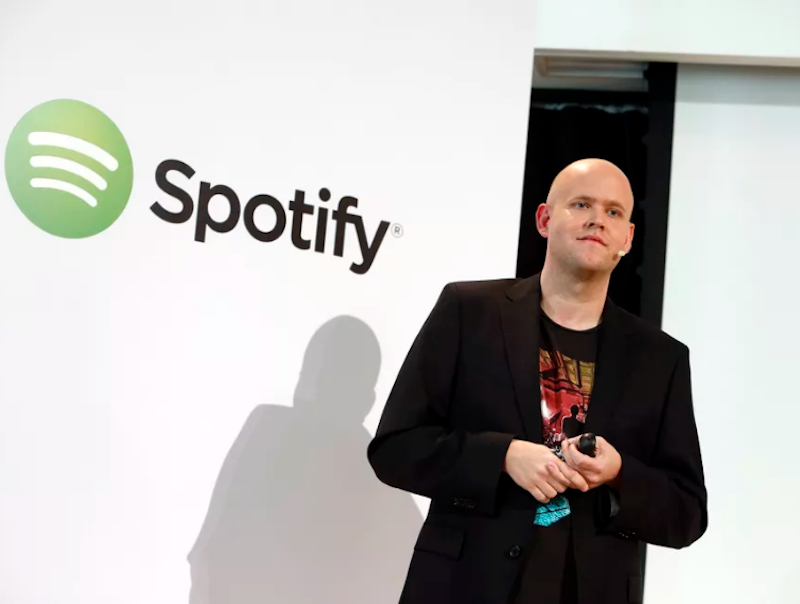 Sing to the sky! Spotify is being sued again. It’s happened before, but this time it’s more serious: a major publishing company, Wixen, is suing the streaming service for $1.6 billion dollars, seeking “injunctive relief that would legally require Spotify to ‘develop and implement procedures for identifying and properly licensing songs.’” Among Wixen’s catalog are songs by Steely Dan, Neil Young, Tom Petty, The Doors, Kim Gordon, Weezer, Rage Against the Machine, and Stevie Nicks. Yesterday, Pitchfork reported that Spotify filed with the SEC to go public with an IPO sometime in the spring, “a move highly anticipated by the music industry for some time.” Spotify’s $15 billion valuation is far more modest than Facebook’s peak valuation of $104 billion, which resulted in a major fiasco and embarrassment when it went public in 2012. [Disclosure: I am a working musician.]

That the music industry survived the rise of Napster, file-sharing, and widespread broadband Internet isn’t some miracle—people love music, they need music. How many people have you met in your life that genuinely “don’t like” music? I’m not talking about those who aren’t active fans, or haven’t ever followed popular music, or can’t even name a favorite band. Very few people just flat out don’t enjoy music. There are only three things that every known civilization in human history has had in common: marriage, religion, and music. It’s the universal language, a harmonious model of how to be, able to express and articulate emotions and ideas that are beyond language.

So why can’t we properly compensate the artists that give us so much? After the downfall of a ridiculously lucrative physical media market at the hands of overzealous label executives who thought file-sharing could be swept under the rug instead of brought in-house as soon as possible, one would think artists would be in a position to make more money from their work. No more middlemen or A&R fat cats to schmooze and swindle the brilliant, emotional, and naïve. Bandcamp is a model for how to be, an exemplary company that’s transparent and offers artists a platform with very little interference and the lion’s share of the profits from their work. Unfortunately they stand alone. Spotify, Pandora, and Apple Music dominate the streaming market, and they’re just as greedy and opaque as major labels were in the CD era.

In an excellent piece for Pitchfork, Mark Hogan wrote that “On a purely commercial level, Goldman Sachs has predicted that the recording industry will blow past its CD-era peaks and quintuple in revenue to almost $41 billion worldwide by 2030, mostly thanks to streaming—a huge rebound that suggests arguments over whether streaming is good or bad may one day be rendered moot.”

Streaming is here to stay, but there’s no reason that we should settle for old models in a new world. Whether you’re an artist, a fan, a casual consumer, or all three, it’s incumbent upon you to support proper compensation for artists and to challenge unchecked corporate avarice that leaves bands scrounging for sync deals and sleeping on floors when they should be able to make a modest living off their recordings. Publishing companies suing Spotify seems like the only way to combat this imbalance. It’s easy to say cancel all your subscriptions and only listen to and buy music from Bandcamp. But Spotify already has a great system in place, with millions of listeners all over the world. The problem is not the fans; it’s in the empty-headed eggheads ensconced in Silicon Valley who don’t give a shit about you or your favorite band.

Another oft-repeated piece of “wisdom” I want to see die a quick death: musicians make their money on the road. Wrong. That might be true when you’re selling out the 9:30 Club and other 1,000+ cap venues every night, but when you’re a new or even somewhat-known band playing in clubs, you’ll be lucky to break even, and forget about maintaining your diet, health, or sanity when you’re expected to forgo motels. Live music shouldn’t be a musician’s primary source of income, and the contemporary expectation and assumption that touring is how you make your money is not only untrue but betrays an unsettling indifference and ignorance of what being on the road actually entails. Recordings are a beautiful, aural paintings and sculptures.

I’m not suggesting we strive for the absurd imbalance of prohibitive pricing in the art world, but $10 for a full-length album is not asking much. What’s your beer budget? Cigarettes? Netflix? Spotify? Oh, right. The systems are already in place to treat artists more fairly, but as always, the lion’s share of the wealth is hoarded at the top by Spotify, Pandora, and Apple executives. Our complacency—even those that get a check from Spotify for a couple of hundred bucks every month—is complicity in an arrangement that robs the artist of a modest living and insults the integrity of their work. We all deserve better, as consumers and musicians.