“Social Media”: The Mysterious Force That Explains All

It's drifting into an all-purpose pseudo-explanation for every phenomenon. 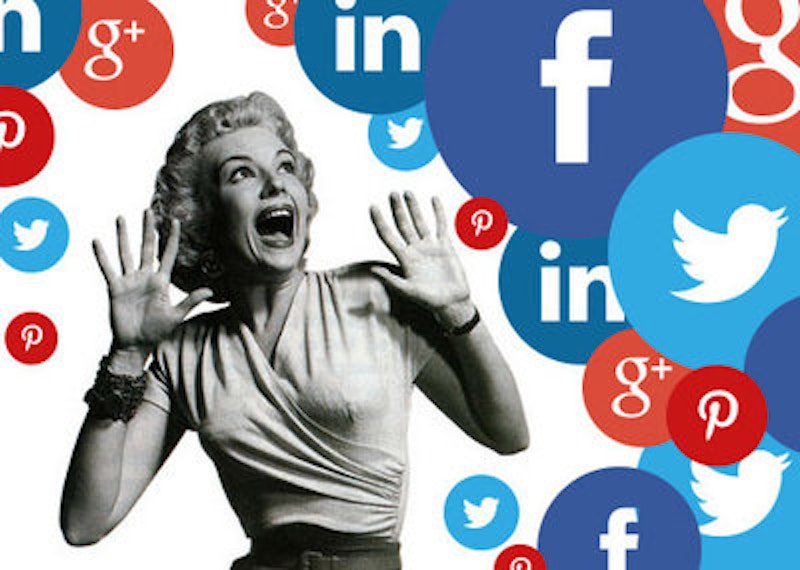 At the dawn of contemporary social media, it was often greeted as ushering in a utopia of human connection and collaboration, in which anyone could communicate with anyone anywhere in the world, in which people who were isolated could find or found communities and information could flow freely, making authoritarianism impossible. Our attitude has swung the other way. Today, social media gets blamed for just about everything: political polarization, teenage bullying, the end of romance, Russian election meddling, addiction, depression, the destruction of the presidency, snowflakes, messed-up brains, and whatever else there is. That's how “smartphones destroyed a generation,” and so on.

I also find it annoying that everyone looks at their phone all day. On the other hand, I wonder how useful “social media” is as an explanation of all contemporary human phenomena. In that capacity, it seems simple and amorphous. Called upon to account for any contemporary problem, we all know how to look knowingly at the camera and say “social media.” Then we feel like something’s been explained. As an explanation, “social media” is often no more specific or plausible than “the will of God,” or “just the way things are.” It's drifting into an all-purpose pseudo-explanation for every phenomenon.

I wonder whether “social media” is usefully thought of as a single thing or force. Even Twitter and Facebook are different in the ways they connect people or organizations and in the structure of the expressions found there. But it's often unclear what is and what is not encompassed by the term. Are texting apps part of social media, for example? They’re certainly whole dimensions of Twitter and Facebook, for example, and of the other major platforms. Blogs and comments, commercial sites such as Amazon: these are intertwined with social media, have various aspects of it in play (“interactivity,” for example). Are they or are they not parts of social media? I'd like to see the notion clarified.

Assuming we could get clear on the meaning of the term, I'd like to propose that social media isn't so much making us worse as revealing who we already were. Perhaps social media is what its early enthusiasts thought it was: a way that distant people can connect and form communities. Looking squarely at the history, however, you'd have to say that community-formation, and in general human connection, is a mixed bag. Human communities have always been formed in part by exclusion, for example, by defining enemies and outsiders. Human communities have often—or even always—demanded agreement on various matters, often dogmatically enforcing extremely irrational belief systems.

One idea is that people are “emboldened” or “disinhibited” by the relative anonymity of at least some social media, and by the lack of face-to-face interaction (though of course social media is getting facier all the time). This itself presupposes that these impulses exist antecedently, lodged deep in our characters to begin with. Then social media is like the vino that brings veritas: it shows you who you were to begin with, and it shows who they are too: who you were really dealing with the whole time. There are bad aspects of that, but I myself would prefer to know.

For example, like a lot of relatively sheltered white people, I may have thought, previously to the social media explosion, that white supremacism was basically dead, that we'd made a lot of progress on racial attitudes, that only a tiny group of idiots still held beliefs like that. Social media showed me differently, and helped me realize how little progress we've made in some ways. The nice narrative of racial justice was more a matter of forcing people and beliefs into concealment. Then you live in a kind of hallucination, in which everyone is expressing the right views but the concrete oppression continues.

It's true that an increase in political polarization has coincided with the rise of social media, but actually to show that that the former was caused by the latter would be an arduous project. Many factors are relevant. One of them is the relentless self-interested pinheadedness of our political leaders. Another is the practical separation of the economic interests and value systems between urban and rural America. Yet another is that members of our species characteristically purport to be speaking the truth when they’re only intoning sentences together as an expression of social cohesion and concomitant exclusion. The term “tribalism” is often thrown around to describe this phenomenon, itself an indication that the problem did not first arise in 2007.

Social media, it’s often said, creates an “echo chamber” effect in which people gravitate only toward things they already agree with. Since they do, the algorithms push them more into the pit of unanimity. However, nothing is easier than leaving your echo chamber, switching from Fox to MSNBC or vice versa, following people on the other side. Swear to God, it's just a click away. People don't do that because they don't want to do it. They don't do it, in other words, because that's already who they were.

Both the utopian dreams of a connected world and the use of social media as an all-purpose explanation of all dysfunctions give it far too much power. Wherever we go—whether it's a physical or cyber space, exploring the globe or emigrating into virtual realities, dicking around on Instagram or moving toward the Singularity—we take us with us. I don't think we're much or even any worse on Twitter than elsewhere, though certain things about us might be more evident or exposed there. Facebook has neither healed nor damned us; it’s not profoundly degrading us and it’s not particularly uplifting us.

I hate to say it, but it's us in here in the echo chamber. It's us who wrote the flawed code. It's us who are watching each other and trying to manipulate each other, us who are the bullies and the bullied, the nationalists and the identitarians, us who love and include and hate and exclude one another, us who are struggling for power and wealth and fame, us who think in hostile tribes. Or we could just blame Mark Zuckerberg.