Fighting for the Throne in Armello 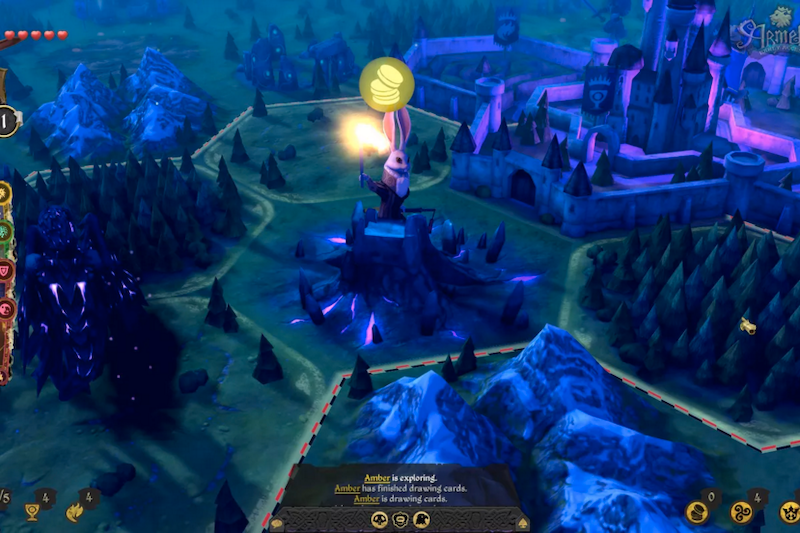 I tried Civilization. I think it's a great game when you have a whole day to waste and you want to lose track of time. But I'd never really have the patience to sit through an entire game. One of those reasons, I'd come to find out, was because it got to the point where I could easily predict my loss long before the game was over. But I liked the core concept, the digital board game aesthetic.

I was introduced to Armello, and I quickly found myself enchanted with its quick play sessions and blend of strategy and RPG elements that works to create a compelling gameplay experience. The core concept is simple, players compete with each other to take the throne from the dying king. However, where Armello shines is by the unpredictable nature of play. Even on a turn-by-turn basis, odds can suddenly shift. This allows for engaging sessions up until the last turn.

Aesthetically, the game uses anthropomorphic animals such as wolves, rabbits, and rats. The visuals are competent, though not particularly brilliant. It's small scale and the game knows it. But that simple style works for what the game is intending to do. The battle animations, card animations, and dice rolling animations are still enjoyable to watch throughout.

There are ways to shake up any given play session by using amulets and rings to modify stats and introduce new variations. Additionally, there are characters available for purchase via DLC. As a multiplayer game, it offers quite a lot at a relatively low price. There's a good bunch of content available after picking up the base game. DLC in multiplayer is shared between players, allowing a try-before-you-buy approach to content.

As a simple pick-up-and-play digital board game, Armello hits the mark. It's engaging and even somewhat addictive in its approach. It's a quiet, small, and delightful game that works for multiplayer gaming in an approachable way. Games are also short enough to allow for replayability. This makes Armello a great choice for that board game-like experience with a hint of digital flair.