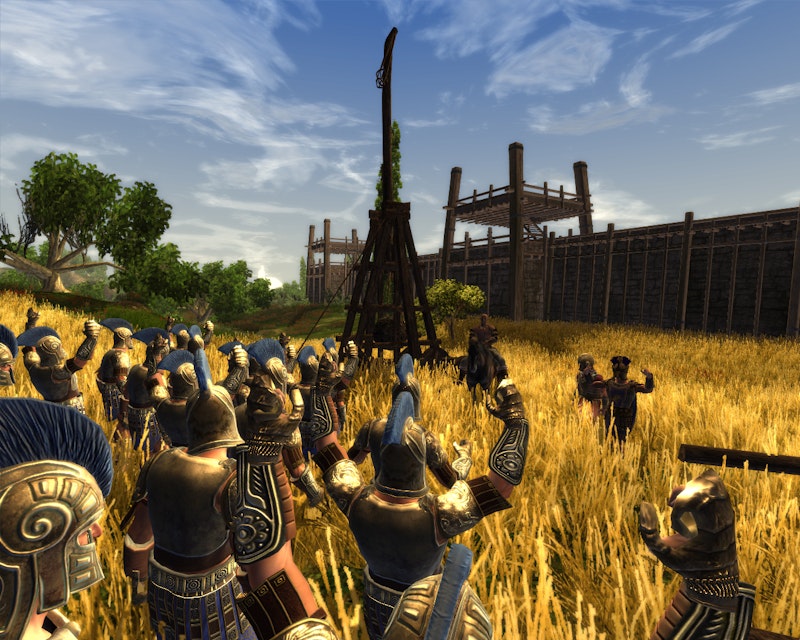 I remember hearing about Age of Conan nearly a decade ago. I played near launch, but the game's unrefined nature and chaotic PvP turned me away. I decided to play it once more since it had gone free-to-play. I had heard things about the game's current state, none of it really good. I logged in, nonetheless, to see what exactly had changed.

Turns out, not much. The game has fixed its PvP mess, but overall the game feels just as unfinished as it felt at launch. The very first cutscene with your character features an NPC with an animation glitch that ends up making him loop his kneeling animation. The game's interface is a visually disconnected, with stylized interface windows mixed with plain text. The overall aesthetic is generally unpleasant, with the gritty barbarian theme being a poor fit for the game. While this is certainly intentional, mixed with developer Funcom's penchant for releasing unfinished products it makes for an overall poor visual design.

The game's much touted combat system was something that initially drew me in. But in practice, it does little to alleviate the stale MMO combat formula that was prevalent at the time of its release. Perhaps the biggest problem with the game is that it too closely apes the MMO tropes it was ostensibly trying to challenge. There are hints of this in the game, in its attempts to use voiced dialogue instead of plain text. But all of these bells and whistles fail to make up for the fact that the game makes little effort to draw the player in.

Additionally, the theming of the game doesn't age well. The pulpy pastiche of scantily-clad women, ultramasculine barbarians, and the gleeful celebration of brutality don't last beyond its adolescent male demographic. The blatant pandering makes the game more difficult to engage with, rather than more enjoyable. In a way, it feels like a relic from another time and of a completely different point of view to what we would see today. Players may wander around, but it's clear that these are living ghosts, existing in a dead world.