The Mirrored Hypocrisies of Musk and Anti-Musk Forces

Social media has had exactly the democratic effects that the techno-utopians predicted as it began. That's why people hate and fear it. 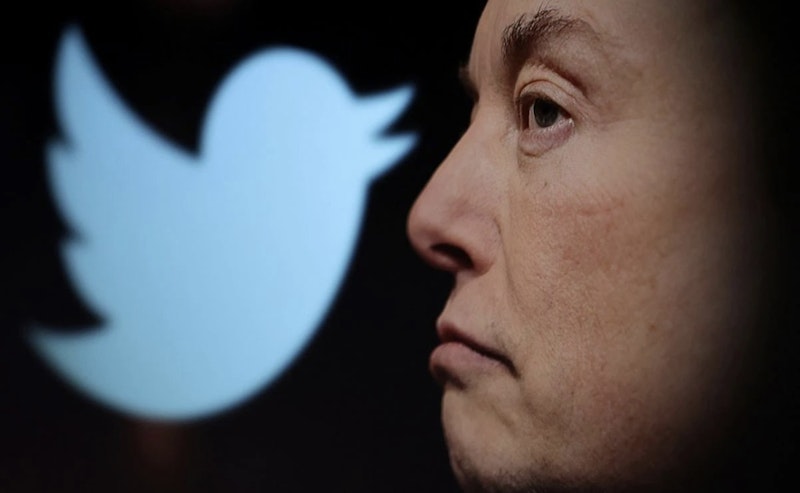 I've more or less defended Elon Musk's acquisition of Twitter. I found his advocacy of free speech useful, if not exactly clear or uniformly inspirational. That I personally disagree with his politics—if I do, because the man is hard to read and perhaps not entirely coherent—is a matter of indifference to me, frankly, though Shonda Rhymes refuses to appear in any media owned by people whose views she dislikes. Wait, does she?

Having watched Musk thrash prosperously about for all these years, I’m not surprised that his commitment to free speech tends to waver when he’s insulted or doxxed. That the platform's owner is unilaterally suspending (but then reinstating) reporters who deliver critical commentary on himself (well, and location information) poses precisely the sorts of problems that Musk was apparently trying to draw attention to when he first started making noises about acquiring Twitter.

It’s familiar, but nevertheless remarkable, how today's unanimous bands of apparent people change fundamental principles at will to maintain their incoherent unanimity. A few years ago, the entire left launched on their social media panic, blaming it for everything that had ever gone wrong. The question then arose whether government could legitimately control the content of Facebook or Twitter, specifically to remove all traces of "right-wing populism." Perhaps not, by the letter of the First Amendment, but it could call all these CEO's on the carpet, issue dire anti-trust threats, and force them into a lot more "content moderation."

And, as many progressives argued immediately, no one has a constitutional right to post on Twitter. Twitter is (or intermittently has been) a privately-held company. If they remove your post or kick you off, it was argued, tough luck; that’s not in itself unconstitutional government restriction on speech. The stories usually started off like this: Of course, I'm in favor of free speech. Then: and Donald Trump must be silenced. It was grossly disingenuous, and par for the partisan course.

When Musk kicked the reporters off last week, the same sort of people were describing Twitter as central to public discourse, and being kicked off as tantamount to censorship. If you favored kicking Trump off Twitter, saying it raised no free speech issues, and condemned Musk for kicking off those reporters, saying it raised free speech issues, you should get some principles, or make a minuscule effort to make your opinions consistent with one another. Or, just admit that your position is that you support free speech all day every day, for people who agree with you. Honestly, that's more or less everyone's position.

It's similar to the people who just discovered individual rights and the importance of bodily integrity and autonomy and the right of each of us to make our own healthcare decisions at the moment that the Dobbs abortion decision was issued. The week before, some of those same people were demanding vaccine mandates, forcing everyone to get jabbed with needles. Just forthrightly endorse you actual positions, is my advice to you, rather than appeal grandly to general moral principles that you'd demonstrably dump overboard at a moment's whim.

A lot of the people condemning Musk are the baldest sorts of hypocrites. But so is Musk. And if you condemn removing Trump or repressing the “laboratory” theory of the Covid virus's origin, as Musk did, and then start taking down the accounts of critical reporters, you obviously don't have any principles in this area either.

The First Amendment (with a lot of qualifications and complications) doesn’t apply directly to private companies. But the purposes of the First Amendment have always been partly discharged by private companies, such as newspapers. One question is cosmic: What is a right and what rights do people have, in virtue of what facts about them? Another is jurisprudential: What rights are enumerated or implied in the Constitution, or what rights can you enforce in a court of law against whom?

Nice questions, but I'd take a basic defense of free expression in a somewhat different direction. Whatever expression rights people have, I don't think other people have the right to silence them. I’d like as many people as possible to express themselves in as many ways on as many matters as they can devise.

What the people who've spent the last decade in a moral panic about social media and demanding more controls are really objecting to isn’t the misuse of social media, and it's not any particular tranche of disinformation, etc. It's that social media has made everyone a publisher. Almost anyone can publish almost whatever they want. To people who are sitting here pining for Walter Cronkite, the sort of people who want one unanimous opinion achieved in one extremely narrow information stream (or three identical ones), it was a chaotic disaster from the get-go because the lower sort of people could now speak publicly.

Social media has had exactly the democratic effects that the techno-utopians predicted circa 1995, although it’s had other effects too. But the specifically democratic effects, or the dramatic increase in the scope of free expression, is just what all these authoritarian elitists can't abide.

Anyway, Trump doesn't even want back on Twitter. It's still proving to be the case, as the cyber-punks insisted, that information wants to be free. You can torture yourself and all the rest of us for the next decade with maximum moderation and maximum moral panic. But you won’t be able to silence your opponents. Sorry!