Twelve Days of Future Past

The machines are already hunting you. 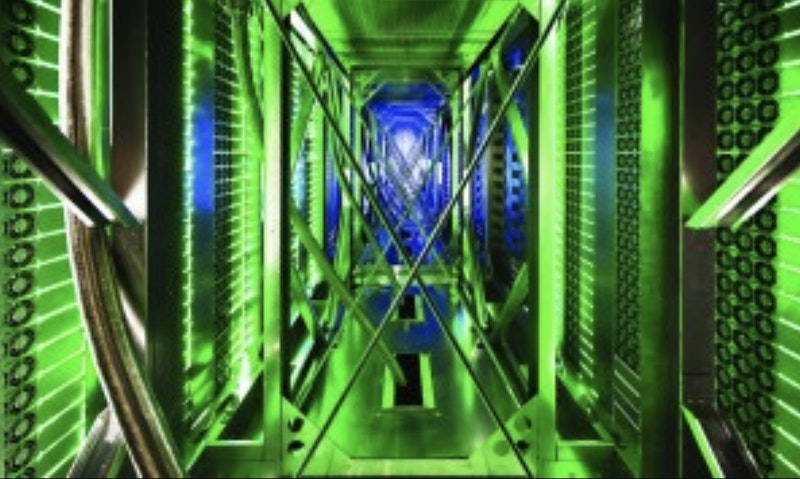 This coming year, 2023, at least as depicted in one of the X-Men movies, is when giant robots exterminate humanity. Six years ago, a prominent magazine editor warned me not to say that such things could one day happen in real life if I wanted to avoid sounding like a loon. Still, as robots increasingly replace workers and soldiers alike, it keeps looking more plausible. And robots are just one of a dozen fronts on which tech—for all its good points—is hemming in the human spirit these days.

Take the prominent tech company GOG, as I’ll call them for short, which apparently “disappeared” my column last week from all search results (though you can find it via Splice Today itself and via the Bing search engine, so Bill Gates has his uses—viva competition!). Did my piece’s original “peace on Earth” wording run afoul of the war effort in Ukraine? Did its reference to a notoriously miserly Dickens character in the title make GOG’s human or non-human censors fear some veiled anti-Semitic theme (there wasn’t one, and I harbor no such sentiments)? Was I done in by mentioning physical assaults and DC transportation facilities in the same column? Was it the untimely wisecrack about science? Was it my mention of green anarchists and European zoos? Too much libertarian outreach? The combination of all the above? (And a prominent former head of the aforementioned GOG apparently helps fund dozens of jobs within the Biden presidential administration. None dare call it digital fascism!)

Algorithms now hover over our shoulders more menacingly and manipulatively than did the billy-club-wielding government troops of mid-century. Writers younger than me may not realize they missed out on living through a couple of precious decades after that in which we didn’t much worry about such things. Trying to figure out what would persuade or become popular was often maddening, but American writers by the late-20th century spent little time worrying their work would be flat-out erased if they unwittingly mixed some forbidden, taboo combo of topics—maybe references to DC and libertarianism too close to a J6 anniversary, in my case? Who knows.

If 2023 ends up being like a robo-pocalypse, the real warning—our alert-issuing Wolverine, if you will—will have been Edward Snowden with his 2013 heads-up that we’re electronically, algorithmically, data-sortingly snooped on all the time now. Yet I notice a libertarian writer defending algorithms at length in Reason, as if humanity’s mounting fear of the numerous stealthy, discourse-warping ways the algorithms can be manipulated were merely a generalized ignorance of how computerized rankings work. Her piece appeared just days before revelations about how many FBI agents had worked for or with Twitter, making assurances about the cold rationality of math seem beside the point.

It’s not, after all, mere helpful librarians (nor libertarians) out there crafting the tech that subtly steers our reading, purchasing, and voting: There are all those inherently-creepy surveillance moguls, for one thing. Peter Thiel and his ilk would have a scam of historic proportions going if they consciously decided to fund rebellious right-wing and quasi-libertarian political activity with one hand while with the other nudging government to respond to such ferment in the streets by purchasing more surveillance and crowd-control tech. Rile ’em up, then charge for policing ’em. Classic crisis-and-response pincer move, care of the synergy of markets-plus-politics. Time to be rid of both, perhaps, somehow.

Meanwhile, Facebook is reported to be staffed by lots of ex-CIA workers, according to the Daily Mail.

Streaming video for now remains pretty responsive to public tastes and individual consumer demands, though you have to wonder how long that massive torrent of information—and potential propaganda—will remain unfettered when you see things like the massive backlash within the establishment (a scathing review in the Guardian, etc.) to something like dissident sociologist/journalist Graham Hancock’s Netflix series Ancient Apocalypse. For his suggestion that there might be some overlooked truth to multiple myth traditions that describe civilization being devastated by a great flood some 13,000 years ago, his ideas are now not just being called wrong or stupid but likened to racism and election denial. That button-pushing response only confirms that what the gatekeepers really can’t abide—on any front, specifics be damned—is a challenge to their authority.

The gatekeeping got unusually literal at Radio City Music Hall recently when a woman entering with Girl Scouts to see the annual Christmas show was stopped by security guards who were directed to her by facial recognition tech and loudspeaker announcements, after which she was asked to leave. Her crime? Being a lawyer who works for a firm involved in a suit against the company that owns Radio City Music Hall, MSG (also owners of Madison Square Garden, which I will henceforth avoid after decades of avid concert-going). I’m of course reminded of Fox News once ousting me from their building a mere block or two away from Radio City. That incident left me a bit less conservative (I was once arguably more conservative than Fox itself) and a lot more anarchist.

If you want further reason to think anarchy makes more sense than democracy, Big Tech, or corporations these days, look no farther than a story from the site The Federalist about YouTube censoring a user for a warning video stating the sad, timeless basics about the easy hackability of elections—doubts that brought no censorship when they were made verbatim by Democrats in 2016. What was true then is heresy now, apparently. Who knows what will be deemed heresy next?

Given all this institutionalized chicanery, how can any sane person be surprised that people distrust, say, election results, especially when electronically counted (with one side claiming in Arizona that its random sampling of gubernatorial ballots found some 40 percent to be illegal—scandalous if remotely true, even if you’re inclined to think “no ballot is illegal”). Machines no longer inspire confidence, no longer symbolize objectivity. But maybe that’s just paranoia talking.

Then again, paranoia’s a natural response to a repeatedly exploited state of uncertainty, and today one just can't know, for instance, how broadly the government will throw its electronic dragnet for rounding up people linked to Trump’s purported coup attempt two years ago, the J6 riot. The Congressional committee investigating J6 would plainly like to arrest him and some of the rowdies who protested in the Capitol on his behalf—the committee has just recommended as much to the Department of Justice, even as some activists urge additional measures such as legally barring Trump-allied House member Marjorie Taylor-Greene from running for office again, as an insurrectionist. Might merely sympathizing philosophically with the rioters from afar get one on some electronic “naughty” list these days (even after FBI’s Chris Wray, asked twice, refused to say whether the Bureau had agents disguised as Trump supporters actually inside the Capitol on J6, feeding mayhem)?

But I shouldn’t blame machines and electronics for all the mischief among the authorities, of course. One of the new Republican members of the House from Long Island, as perhaps should’ve been reported a tad sooner, is apparently a con man with a long, utterly fictional resume. An old-fashioned human slimeball is almost a chuckle-worthy relief after the litany of computerized transgressions above, though. Maybe he should run for president while humans are still allowed to do so.