The courageous journalist and Nobel Prize winner has turned, hyperbolically, against freedom of expression. 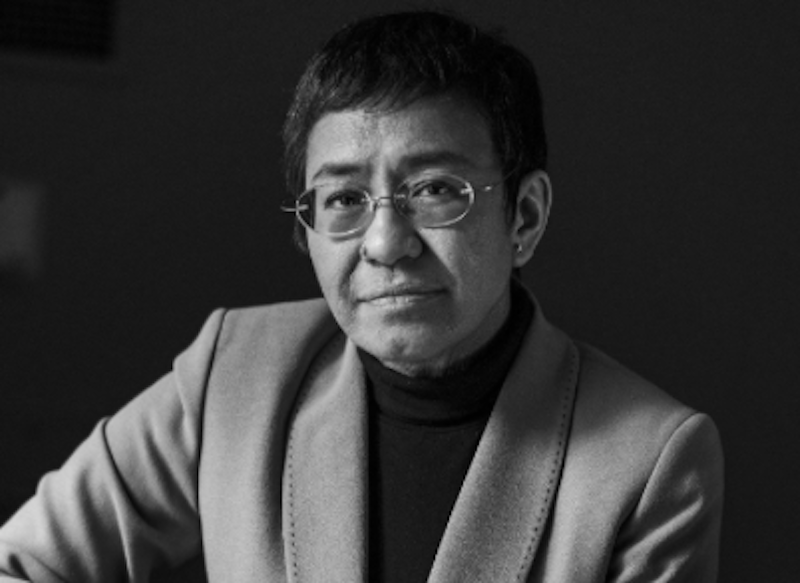 Maria Ressa is, in many respects, an admirable and courageous person, and an emblem of democracy and freedom of expression. Her investigative journalism site The Rappler exposed corruption and repression in the Philippines through the 2010s, helping check the worst excesses of the right-wing dictator Rodrigo Duterte, who eventually had her arrested for "cyberlibel." She still faces arrest and imprisonment for her own investigative journalism if she returns, though Duterte is no longer in power. In 2021, she was awarded the Nobel Peace Prize, shared with Russian editor Dmitry Muratov for "their efforts to safeguard freedom of expression, which is a precondition for democracy and lasting peace."

The Nobel judges were right to recognize her, and right to centralize freedom of expression as essential to democracy and to resistance to authoritarianism. But Maria Ressa has switched sides.

What she wants now is much more regulation of expression on the internet. Amazingly, she argues directly that it should be far easier than it is to sue social media platforms such as Facebook and Twitter for libel and in other ways hold them liable for the content appearing on their sites. In this, she strongly agrees with Donald Trump and also with the people who've issued warrants for her arrest. The problem, she says directly, is freedom of speech. She’s repudiating everything the Nobel committee praised her for representing.

Ressa proposes something like a world social media regulatory body, an authority to regulate the expression of everyone on every corner of the internet. Her model appears to be the social media regulation operated by the Chinese Communist Party, but covering the earth. One thing's certain: it’ll be libelous to doubt the legitimacy of the election by which this world speech-regulation regime came to power.

Ressa's descriptions of the effects of social media disinformation are grotesquely hyperbolic and embody an irrational moral panic. But they’re also commonplace among professors in panel discussions at academic conferences and among the editorial staff at the Atlantic and The New Yorker. People in such contexts nod along with them no matter how ridiculous they get, and they get more and more ridiculous. Vaguely, people appear to think that these declarations are based on “science” of some sort, like the studies linking youth crime to comic book readership, or out-of-wedlock sex to watching television.

Here's a bit of an interview that Scott Simon conducted with Ressa, broadcast on Saturday's Weekend Edition on NPR:

Simon: Maria Ressa, what do you think social media platforms are doing to us?

Ressa: Creating our worst selves. We know… in 2018, MIT said that lies spread faster than facts, that if you see a lie, you are 70% more prone to share it, to retweet it, than a really boring fact. When you take that to its extreme, what does that mean? Lies are rewarded. So we have created a situation where there are no facts. And without facts, you can't have truth. Without truth, you can't have trust. Without these three, we have no shared reality. You cannot have democracy.

I’d like to have a crack at that MIT study, which is also getting pretty old. Some of the things it definitely doesn't show, however: that "there are no facts." As to the rest, for example the claim that "without facts, you can't have truth": well, it’s possibly tautologous, possibly meaningless. By the time "we" have "become our worst selves" and don't "have" any "reality" anymore, the whole thing is just a burbling soup of nonsense, just the sort of thing that Ressa herself argues should be repressed wherever on earth it appears. I'm going to express my respect for "Oh, my" as a response; Simon said it rather drily.

"It's like we're essentially cloned," Ressa continues, big-ass metaphors clashing all about. "So machine learning builds a model of you that knows you better than you know yourself. And then, they use AI to take all of our clones, and that is the mother database for microtargeting. And when this happens, our emotions, or essentially our biology, is weaponized against us. Your view of the world is changed through your emotions."

This is, admittedly, the vocabulary of now. It slides past. But I want to emphasize that Ressa holds that "we know" that Facebook "weaponizes our biology against us." I'd ask in all seriousness whether any definite content is being expressed, any fact described or any truth asserted. Rather, this is just an empty attempt at emotional manipulation And we'll go from the insanely hyperbolic to the less-than-trivial in a heartbeat. Let me ask you this: Is it wrong to have your "view of the world changed through your emotions"? What can you possibly be talking about, Maria Ressa, and why?

I think we’re quickly finding out that much more content moderation on social media doesn’t make for much less right-wing populism. But that, and indeed no real-world phenomenon at all, is going to keep people from flowing mechanically through these nonsensical and self-devouring sentences ("there's no reality anymore in the post-truth era"). This could be funny or charming in an infantile way if they weren't proposing to enforce it by duct-taping your mouth.

As the Nobel prize committee observed two years ago, you can't have democracy without free expression. And so we might politely ask Maria Ressa to think again about which side she's on.