The Journey Across Newmaker Plane 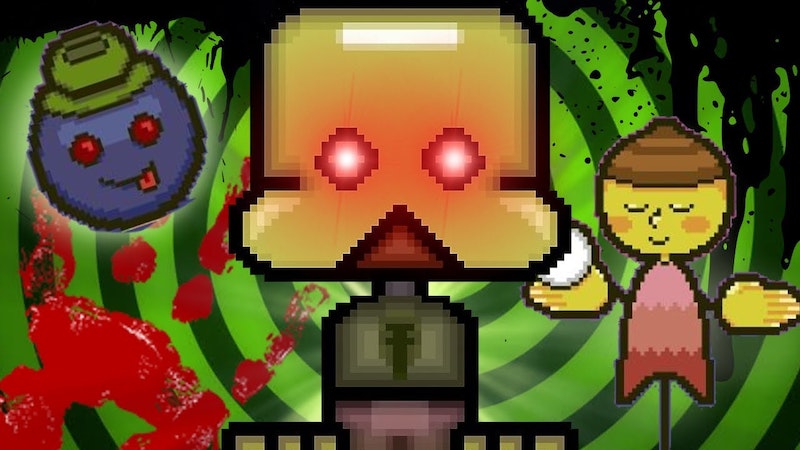 For over a year, someone named Paul has been playing a classic PSOne game known as Petscop, an early 3D adventure in which the player collects pets in a manner similar to Pokemon, and uploading his playthroughs to YouTube under a channel of the same name. But instead of a lighthearted romp through a world full of colorful characters, the game soon delves into disturbing territory. The catch: Petscop never existed, and even the identity of Paul is questionable.

The Petscop series of videos are an alternate reality game, using the language of the popular “let's play” and “creepypasta” style of videos to tell a story about something that few forms of media dare to tackle: child abuse. The series, presently on 15 videos from the channel, calls attention to the horrifying pseudoscientific practice of “rebirthing” through its story.

It’s a painstaking replication of PSOne games from the graphical artifacts to the visual design of the sprites, loading screens, and crude polygons. As a piece of media, it invites endless speculation and interpretation. Very little regarding the identity of the creator is known, with much of the information regarding the project available on wikis or other channels. Watching the series feels like a descent into an uncomfortable darkness.

The case of Candace Newmaker, a girl who was suffocated to death during the process of rebirthing, seeps throughout the entirety of the series. Much of the game's most ominous interactions take place on the desolate Newmaker plane. One room in the game is referred to as the “quitter's room,” a reference to the insults hurled at Newmaker when she said she couldn't breathe. Later in-game text makes references to being reborn as someone else. One of the pets, Randice, must be deprived of her support from Wavey in order to be captured. Another, Amber (a reference to Amber alert), must be manipulated into coming with the player.

Paul serves as a confused participant. Often, he doesn’t fully process the horrific implications of what he observes or the actions he performs. When he passes by the grave of Michael Hammond, whose headstone indicates that he died at the age of seven, his response is, “That's a dead kid.” Paul's playstyle and commentary creates an additional layer of dissociation in the viewer.

Petscop is a glimpse into the role that new media could play in delivering narratives that would be either far more difficult or even impossible with previous forms. By slightly tweaking the language that most YouTube audiences are familiar with, Petscop can communicate a narrative about child abuse that is both chilling and offers more investment than if another medium was chosen.