The dark implications of living by an algorithm. 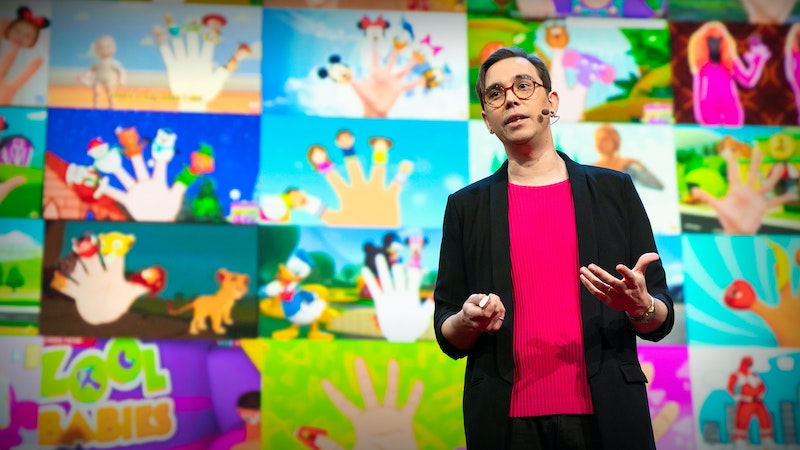 As social media dominates most facets of our lives, the algorithms that power these platforms are slowly undergoing scrutiny. The behind-the-scenes curation of content has ominous implications, from questions of deliberate malice by the programmer to the exploitation by opportunists. All of it’d done opaquely and invisibly. How do these algorithms shape the very nature of content generation?

These questions ran through my head as I watched a terrifying CGI abomination of a baby sneaking into a kitchen cabinet to steal sugar. After being interrogated by his father and accused of lying, he’s asked to open his mouth. This is sung in the repetitive lyrics that have become memetic: “Johny Johny [sic]” could be considered its own genre because it’s been replicated so often that it feels like one.

This is the latest outgrowth of bizarre children's YouTube videos. The Five Finger Family and disturbing videos featuring Elsa, Spiderman, and other popular characters are also commonplace. James Bridle hosted a Ted Talk dissecting these videos, further implying that these are exploitative of children. YouTube claims the algorithms rarely get abused, but it's pretty clear that the sheer volume of these videos tells a different story.

Their titles are long and incomprehensible to their ostensible target audience, but largely because their true audience is the software that curates content. It’s nearly impossible to discern who’s producing the content, as Bridle explains in his talk. Bots, professional animators, trolls, all of it’s brought into an ambiguous muck that matters not to the algorithm. With autoplay on, the child falls into a maze of increasingly bizarre content.

There are shades of dystopia in all of this. Conforming to the algorithm is what determines your presence on the platform; you either game the system or face obscurity. Meanwhile, the platforms’ administrations aren't held accountable for what they do as long as they keep bringing in ad revenue. But do we really want thousands of videos about sneaking into the kitchen cabinet to eat sugar, or is that just what works for the algorithm?