On the PS4's lack backwards compatibility. 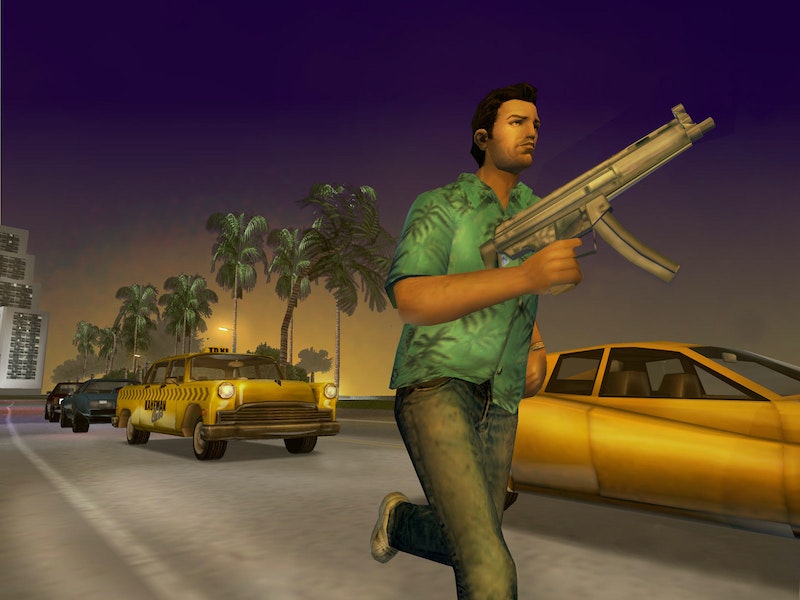 Since getting a PlayStation 4, I've played a lot of games that were originally developed for the system. I've spent hours exploring the Commonwealth in Fallout 4, building a Knicks dynasty in NBA Live 18, and hunting zombified Nazis in Wolfenstein: The Old Blood. But some favorite memories with the console have been playing old games. A brief highlight of a handful—Bully, Day of the Tentacle Remastered, Uncharted: The Nathan Drake Collection, Grand Theft Auto: Vice City, and The Last of Us Remastered.

Bully, released in 2006, was Rockstar Vancouver's send-up of traditional boarding schools, set at a fictional Bullworth Academy in New England. The playable character is a boy named Jimmy Hopkins, who seeks to climb the social hierarchy. I never finished the game when it first came out, and having attended a similar institution, this was a treat to go back to. The developers got so many of the details right, like the dynamics between students and townies. There have been persistent rumors about a sequel being made, and I hope it eventually comes to pass.

Day of the Tentacle Remastered is an updated version of a LucasArts title that was initially published in 1993. Arguably the best point-and-click adventure ever created, this game is a lighthearted romp featuring time-traveling toilets and a world-conquering mutant. I played it at a friend's house as a child, but it wasn't until I was an adult that I actually beat it. The re-mastered edition boasts improved graphics and audio, but if you're a glutton for punishment you can toggle back to the old settings at any point.

Uncharted: The Nathan Drake Collection includes three games first released on the PlayStation 3—2007's Uncharted: Drake's Fortune, 2009's Uncharted 2: Among Thieves, and 2011's Uncharted 3: Drake's Deception. The series borrows liberally from the Indiana Jones franchise, but that was inspired by 1930s serials, so it feels wrong to penalize the games. I'd never played these Naughty Dog titles, which are a rollicking good time. Getting them all in one updated bundle provides a lot of bang for your buck.

Grand Theft Auto: Vice City feels dated. The graphics in this 2002 game—like those from Bully—can be headache-inducing to modern players. More fundamentally, the title's politics are particularly retrograde in 2018, though they were criticized back in the Bush era. Still, Rockstar North's homage to Scarface was my introduction to a series that became a cultural juggernaut. I wish the full soundtrack was available in the PlayStation 4 edition, but licensing issues have gotten in the way.

It's silly to talk about The Last of Us Remastered as an old game, since the original title came out in 2013. But this modern classic was initially published on the PlayStation 3, so it counts for my purposes. I didn't get the opportunity to play it until recently, when my wife was pregnant with our first child. The timing was fortuitous, given Naughty Dog's focus on parenthood. Besides technical improvements, the updated version includes The Last of Us: Left Behind, downloadable content that’s fabulous in its own right.

The PlayStation 4 is justifiably criticized for not offering backwards compatibility. If the Xbox One can do it, surely Sony's console could too. I also don't understand why some older games—like Fallout 3 and Fallout: New Vegas—appear to be available only to PlayStation Now subscribers. I guess it’s about money. Disappointments aside, there are great titles that will appeal to nostalgists and those interested in gaming history.