Frontline’s documentary “The Facebook Dilemma” makes clear the company’s collapse is a matter of when, not if. 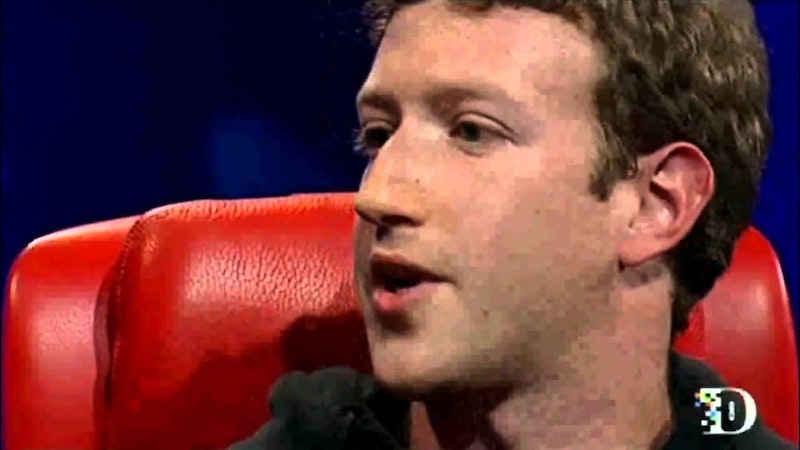 How long until Facebook goes under? Generation Z are deactivating their accounts or avoiding the site altogether. Millennials—now dubiously designated by Jonathan Haidt as those born between 1982 and 1994—are increasingly abandoning their accounts or lamenting their dependence on it, often for professional reasons: promotion, group chats for work, organizing. The only reason I still have a Facebook account is to share my writing, music, video work, and event invitations. I hate it. I’ve quoted Dan Deacon before on Facebook, but he really nailed it a few years ago: unlike the idiosyncratic and volatile MySpace, going on Facebook is “like meeting everyone you’ve ever known in a mall food court.” It’s graphically bland and intentionally generic, homogenizing the experience of using social media to the point of anesthesia. For the first time, I’ve seen people ask—on Facebook—“Why is anyone still on here?” Good question.

Facebook’s reputation has crumbled since 2016, when the scale of their data warehouse and its alarming security vulnerabilities became clear. This week, PBS’ Frontline premiered a documentary called “The Facebook Dilemma” aired in two parts on Monday and Tuesday night. It’s a startling piece of journalism tackling very recent history: it opens with clips from an amateur documentary filmed at Facebook’s first offices in June 2005, where Mark Zuckerberg wears basketball shorts and drinks beer from a red solo cup on camera. At a certain point, people in the company realized they were building a “digital nation state,” and one employee recalls thinking at the time that “Mark isn’t going to stop until everyone is on Facebook.”

In November 2011, COO Sheryl Sandberg told reporters that “Our business model is by far the most privacy friendly to consumers… the only things that Facebook knows about you are the things you’ve done and told us.” Meanwhile, they were meeting with data brokerage firms to sell user data in order to justify their IPO and make wary investors come onboard. Tim Sparapani, Facebook’s director of public policy from 2009 to 2011, says these deals went down “four or five months” before the company’s IPO in May 2012. In 2010, Kara Swisher pressed Zuckerberg on Facebook’s privacy policy at a D9 panel event. As she recalls, and as the video shows, Zuckerberg began stammering and flop-sweating, so much so that Swisher “really thought he was going to faint.”

The enterprise had gotten out of hand, and the optimism that bloomed after the Arab Spring and the fall of Mubarak in Egypt in early 2011 was quickly spurned by the fallout and swift rise of the Muslim Brotherhood. And by now, we all know about Facebook’s involvement (and complicity) in the spread of “fake news” during the 2016 presidential election. Their news feed algorithm, designed to reinforce the user’s existing worldview and elide opposing viewpoints and enemies, creating the toxic bubbles and echo chambers that caused so much confusion and misinformation that year all over the world, from America to Africa to the Middle East.

“The Facebook Dilemma” belongs in the same canon as Citizenfour, Laura Poitras’ 2014 documentary about Edward Snowden and the NSA. It’s turns shocking, scary, and tragic, because as awkward and unlikeable Zuckerberg comes off, his words to Congress ring true and betray how completely in over his head he remains: "When I started Facebook in my dorm room, my main goal was to figure out if my classmates were hot or not.” Now, his site is used to influence elections in authoritarian and compromised states halfway across the world, and arguably helped Donald Trump become President in 2016. Suddenly, foreign powers like Russia are using the algorithms that Facebook created to track and control their populace. In that June 2005 footage, the interviewer asks Zuckerberg where he planned to take Facebook at that point. Zuckerberg stammers and says, “There doesn’t necessarily have to be more.” If only he knew.

It’s now a matter of when, not if, Facebook goes down. A mass exodus of users in the next couple of years is not inconceivable, but I’m stumped by Instagram, which is by far the most popular and en vogue social media platform today. Instagram is owned by Facebook, and people aren’t thinking of deleting their Instagram accounts. They’re too hooked on it, particularly the stories function, which keeps people looking at their phones, on Instagram, for hours at a time. People talk about quitting Instagram and social media the same way they talk about dieting, or getting sober.

Whatever Facebook’s fate, the vacuum it leaves will not remain unoccupied. There will be no great Thoreau (or Kaczynski) style retreat to the woods. As technology becomes more invasive, and we become even more android than we already are (there aren’t nanobots in our blood yet, but the smartphones we carry with us every day are for all intents and purposes appendages), someone will arrive with something even more corrosive than Zuckerberg is even capable of. When this is published, I know I’ll promote it on Facebook, but I wonder how many people their algorithm will allow to see it. Maybe I should spell it “F*c*b**k”—yeah, that’ll definitely get past them. God I can’t wait until it all goes down.