The Best Players in the World 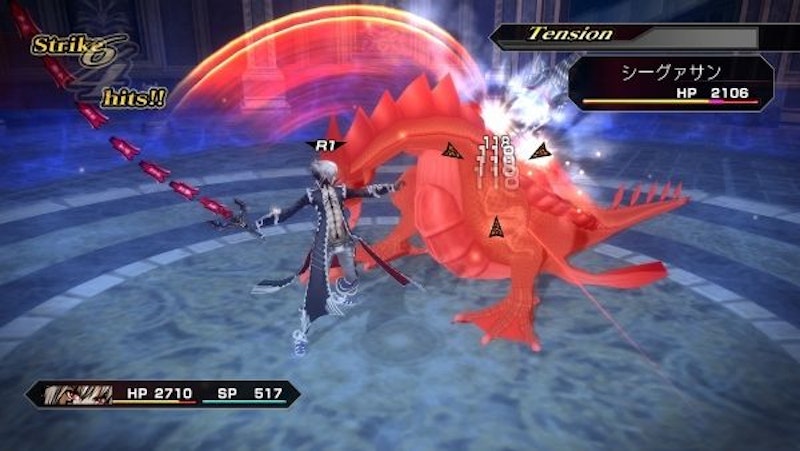 The .hack series is one of the first game franchises to experiment with episodic releases. The first tetralogy of games served as an interesting proof of concept, a series of four games set in the same universe that would carry over data from previous installments. The end product was a decent dungeon crawler, with interesting story and character ideas marred by repetitive gameplay. The second series of games, a trilogy known as .hack//G.U. featured an evolution of the story and gameplay of the original tetralogy. This was recently released as a single title, .hack//G.U. Last Recode.

Calling .hack a game franchise is also a misnomer: that’s not all they do. Should the curious player want to fill in some conspicuous gaps, they could watch .hack//Roots. However, Roots isn't really much to write home about on its own and skipping it won't impact the game negatively in any way.

There's a lot to love about the core concepts in the .hack franchise. The game is meta in nature, taking place in a game known as “The World” in the fictional universe. The player will navigate across a virtual desktop, sending emails, reading forum threads, and downloading artwork from online galleries. The attempts at verisimilitude are admirable, even if this usually boils down to just skimming posts for area keywords that are necessary to progress through the game or some piece of artwork that you can put as your wallpaper.

The game’s biggest asset has is the dual identity. Discovering the difference between your party member's offline and online selves is an intriguing narrative element. It's a shame that this very idea remains largely unrealized, with far few too juicy nuggets of information delivered through the three volumes. What remains is an average dungeon crawler, one that doesn't capitalize on these potent building blocks.

It’s easy to find Japanese RPGs in Last Recode. The first volume contains far too many cut scenes before play outside of the tutorial begins. Many of these would have more of an impact if the player had some control within them, as they are mostly around to characterize the protagonist as a badass.

One of the underlying problems that prevent the game from ascending from mediocrity is its total disregard for respecting the player's time. Extra grinding to get past this one boss that was more difficult, trudging through dungeons to do side quests that don't feel commensurately rewarding, and the shameless indulgence of arena battles to pad the length of the game. Soon enough, the game becomes a blur and lacks a sense of accomplishment.

The game's narrative suffers from a premature climax. The entirety of the third volume feels like the player is just a narrative janitor, tying up loose ends and fighting a final boss that was largely not foreshadowed. Combat is no longer enjoyable by this time, with new mechanics added not to advance in master, but to simply differentiate it from previous games. The newly added Volume 4 continues this trend, wrapping up the final days of “The World,” and after a short romp, the story and characters vanish along with the game they played in.

Last Recode is a game that I want to like. Maybe if some of these flaws were fixed in a modern implementation, I’d be more inclined to say it's something I enjoyed. But the game gets in its own way. Perhaps a changing market, including new anime with similar concepts such as Sword Art Online and Log Horizon bringing in new audiences, could mean a new hope for the franchise.