Harry Potter and the Microtransaction Imp 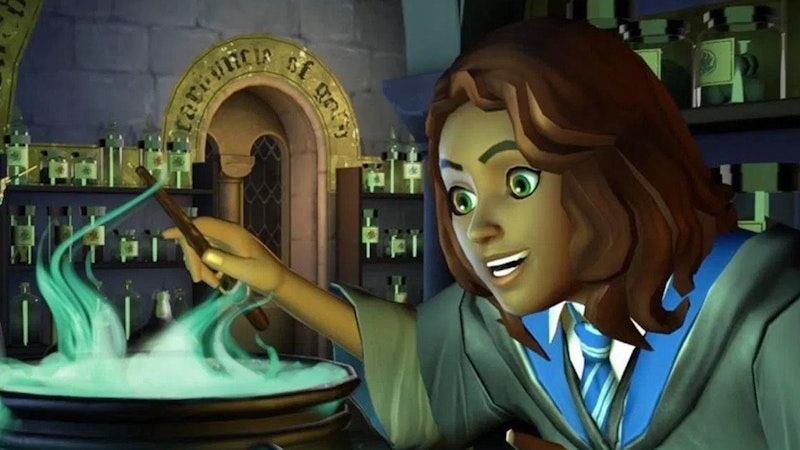 Hogwarts Mystery should be a cinch. Harry Potter fans have long held text-based online roleplays about being a Hogwarts student. Making a game that captures this would definitely sell well. But, in our current mobile market landscape, everything’s watered down for the sake of accommodating microtransactions. The end result is a stripped-down affair that’s meant to separate the player from their money.

To describe it as a roleplaying game is a stretch. While there are statistical attributes such as courage, wisdom, and empathy, these have a very limited impact on gameplay by barring dialogue options. The most interactivity the player gets is the tapping and swiping. The player won't have to navigate their broom through the skies for Quidditch or comprehend recipes and mix ingredients together to create potions. Everything the player does is a tap or a swipe to get a cutscene to play.

But these taps and swipes consume in-game energy. Everything from a smirk to turning a page to casting a spell will cost an arbitrary amount of energy. This replenishes slowly, forcing the player to pay money or by waiting an absurd amount of time. Should the player not return in a set amount of time, they'll have to start the task all over again. The game has one of the most hostile designs, working as hard as it can to make the player feel pressured into making a microtransaction.

I wanted more meaningful gameplay. I wanted to mix potions based on collecting ingredients, explore the castle corridors of Hogwarts with my classmates at night without getting caught, and get into duels with rivals. Instead, Harry Potter fans are preyed upon by a game that's more interested in getting players to buy in-game currency than making an entertaining experience. It's clear the developers and publishers knew exactly what they're doing. Ultimately, it shows exactly how much they care about their audience.