The situation in Portland is all too reminiscent of a Tom Clancy video game: The Division. 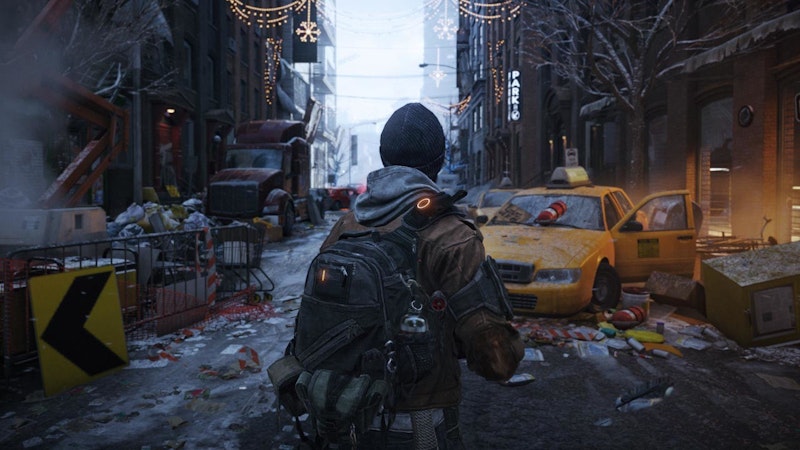 A strange feeling of familiarity struck me about the recent situation in Portland. Where had I heard this before? Then it hit me. A video game, branded with the name of Baltimore’s own Tom Clancy: The Division.

Clancy grew up in the Northwestern Baltimore neighborhood of Northwood. After graduating from Loyola University MD, Clancy worked as an insurance salesman, writing in his spare time. He published The Hunt For Red October in 1984, and four years and three books later, had earned an estimated $4.3 million.

Clancy’s near meteoric rise to success is mostly attributed to Reagan Era cold war politics, and he dedicated several books to Reagan. Clancy’s unabashed conservatism allowed him to bask in the light of Reagan’s policies, normalizing his war hawk ways. Clancy was never seen as an incredible writer. His dialogue was mediocre, and reviews often scoffed at his inability to develop characters. But he had an undeniable talent for putting together page-turning techno thrillers.

It was only a matter of time until this success led to film adaptations of his novels. The first was released in 1990, the next is slated to release in 2021. In 1996, Clancy further expanded by co-founding Red Storm Entertainment, a video game development company. Red Storm received significant praise for its 1998 release of Rainbow Six. The game’s based on one of Clancy’s novels of the same name and follows an elite, international counter terrorism unit. The game was revolutionary for the industry, as it brought a new tactical element to shooters.

Red Storm continued its success before its purchase by the much-larger Ubisoft in 2008. Fast-forward to 2020 and over 50 games have been produced bearing the late author’s name. Only the Rainbow series is directly based on his novels, with five other major original series. Accounts differ regarding Clancy’s direct involvement with these games, though most agree he had some type of creative input, especially in earlier games, and they take place in the same shared universe as his novels.

The most recent game is Tom Clancy’s The Division II, an open world shooter and sequel to The Division. The settings of the two games in the series differ, but the distinctions end there. In both, agents of a government sleeper cell are called to restore order to a world crippled by an influenza-like pandemic and riddled with chaos. And they do it all without a uniform or identifying themselves.

The similarities to reality end there. You’re not striking citizens with batons, and you’re never instructed to arrest them. The people you do encounter that are violent are comically evil and seek to aid the virus in its spread for… some reason.

The one-dimensional look at a post-pandemic world is not problematic in and of itself. If warlords roamed around Baltimore lighting people on fire because they support coronavirus, I like to think I’d try to fight back, but the world doesn’t work that way. Clancy’s work exists in a fantasy vacuum where there are only heroes and villains.

What’s troubling is that the implication in a lot of Clancy’s work seems to be a message of what could be. The “techno” element of these thrillers gives way to a soft sci-fi setting, in which countries are forced to employ futuristic weapons and tactics that have been kept secret, to stop an endless wave of villains from killing us all. It’s what conservatives fear, and it’s also what motivates the audience to root for our clear-cut hero as they take down the evil radicals trying to ruin the world. If Jack Ryan hadn’t stepped up, would we have been forced into nuclear war with the Soviet Union? If Rainbow Six hadn’t stormed the embassy in Paris, would France’s government have crumbled? If we don’t deploy our clandestine forces, could we descend into pure chaos?

Clancy thought so. Clancy desperately wants an excuse to use these “toys” in a space of fiction where it’s justified. If Clancy’s generally conservative fanbase were to play these games, they may allow it to justify their beliefs, that if these agents don’t step in and crack down, we could be in a crippled society, and then we would only have more unidentifiable federal agents to “help” us.