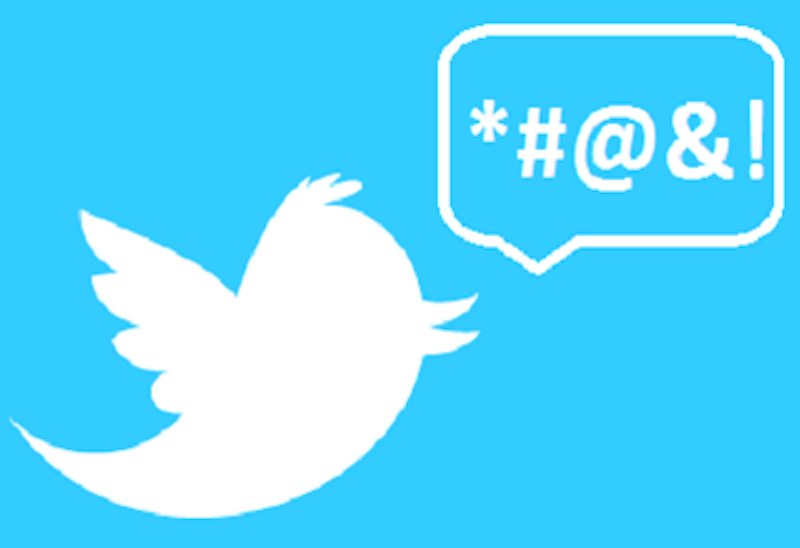 Twitter’s a collective scrolling howl of bitterness, bile, animadversion and obloquy. It’s the social media place to tell people they’re wrong, express political despair about the coming nuclear apocalypse, and personal unhappiness about yet another rejection letter. Twitter’s a bubbling vat of dissatisfaction and dismay leavened with occasional harassment.

Facebook is organized around wishing people happy birthday, sharing family photos, and announcing career successes. If Twitter is staring into a pit of sadly writhing maggots, Facebook is cartoon bunnies hopping about the screen and looking up at you, waiting for you to festoon them with medals for meritorious conduct.  No wonder everybody’s on Facebook, while Twitter glumly sheds users as it begs old and potential tweeters to please stop backing away slowly.

And yet, the bleakness of Twitter make it oddly cheering and comforting—while the relentless optimism of Facebook feels like all those billions of cute bunnies are sitting on your head, or using their oversize buck teeth to chew out your heart.

The problem is that if you're not feeling chipper all the time—and who is?—Facebook feels relentless and oppressive. Wake up every day, and the first thing you're supposed to do is wish someone you know tangentially a happy birthday, because what kind of jerk would you be if you didn't wish them a happy birthday? It's always a special day for somebody, and through the miracle of connectivity you share it with them, which means that every day is a special day. Fucking special days.

A writer's group I follow on Facebook is mostly people posting to share their high-profile bylines and express excitement about how this story went viral or that publication was on their bucket list.  Everybody talks about how great they’re doing, or, occasionally, about how they have suffered a minor setback, but will suck it up and turn that setback into tasty setback-overcoming lemonade. You're supposed to read the posts and feel inspired, and go write an amazing reported piece about hang-gliding in the Antarctic for The New York Times. Since the thought of hang-gliding makes me ill, and since the likelihood of my writing for the Times is remote, though, I don't feel prompted to get up and go go go. I just feel depressed and resentful.

No doubt that means I’m not a good person. But that's the appeal of Twitter; nobody there is quite up to the standards of being a good person. People do talk about promotions and successes on Twitter too, but since the timeline isn't algorithm curated in the same way, the positive posts get washed away quickly in a sea of breaking news and fiddly minutia. Someone's as likely to be talking about their dog farting as about their awesome book publication.

Twitter harassment can be nightmarish, and when breaking news is bad, following that can be bleak. But I do like that the platform encourages its users not to airbrush their warts. Everybody on Twitter is irritated, distracted and depressed; nobody is maximally self-actualizing. For chronic non-self-actualizers like me, it's soothing.