The Uncomfortable Defeatism of Sonic Mania 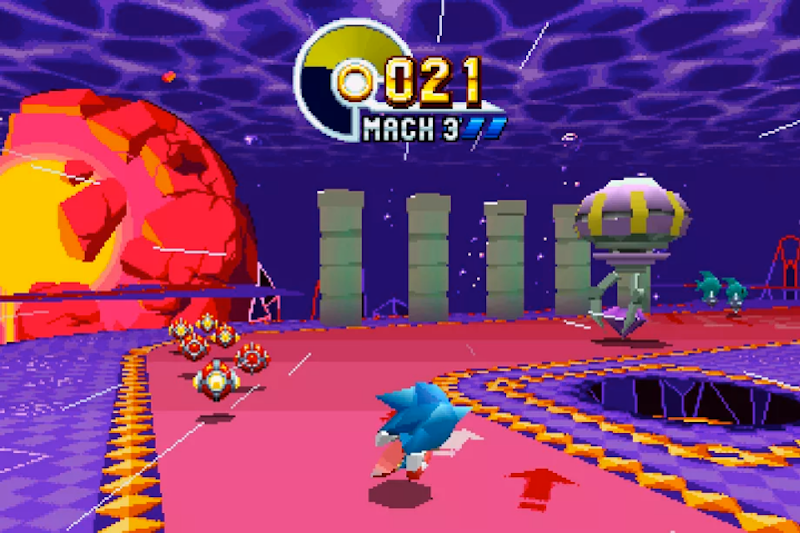 Truth be told, I haven't had this much fun with a Sonic game since I played the original 2D sidescrollers on Sega Genesis. I could feel the absolute burst of nostalgia as I zipped through familiar stages, without any of the baggage associated with modern Sonic like extraneous characters or unnecessary gameplay style changes. Sonic Mania feels like a love letter to the Sega Genesis and Sega CD titles. Unlike most Sonic entries, Mania was created by fans of the franchise who eventually used their technical prowess to create improved ports of previous games. Much like the last well-received Sonic game, Sonic Generations, it liberally cribs from Sonic's history in both its aesthetic and gameplay.

But as I was zipping along through the pixelated levels, rendered in loving 16-bit graphics, I began to feel uneasy. Underneath this gem lies a grim reminder about the very core of the Sonic franchise. While the developers had nothing but unabashed love for the franchise, I can't help but think that Sega's in-house developers Sonic Team and Dimps have been upstaged. For a long time, industry figures have debated whether or not Sonic Team even knew what direction the franchise should go in.  After a departure into the edgy tone of Shadow the Hedgehog, the abysmally broken Sonic '06, and a return to competent play in Sonic Colors and Generations, it crash landed once more with Sonic Boom.

This can even be seen in the present reception of upcoming Sonic games, both Mania and Sonic Forces were covered simultaneously. While Mania was a critical darling, Forces was blasted for poor gameplay. Even when Sonic Team makes advances, they're quickly undone in an upcoming release. No one has managed to consistently get modern Sonic right. Meanwhile, the Super Mario franchise transitioned to 3D with no trouble and manages to produce well-received games without batting an eye.

Mania also carries with it a concession, a solemn acknowledgement that Sonic as a franchise can only work in the context of 2D platforming. Marketing to nostalgia is a formula constrained by the law of diminishing returns because things have to already exist for us to want to go back to them. While it was certainly not developed with that explicit goal in mind, I wonder if this is able to carry the franchise further into the future. Mania is a delightful treat, but I wouldn't be able to fashion a diet around it. I suppose, at the very least, I get to return to Green Hill Zone once more.