What this says about online political polarization. 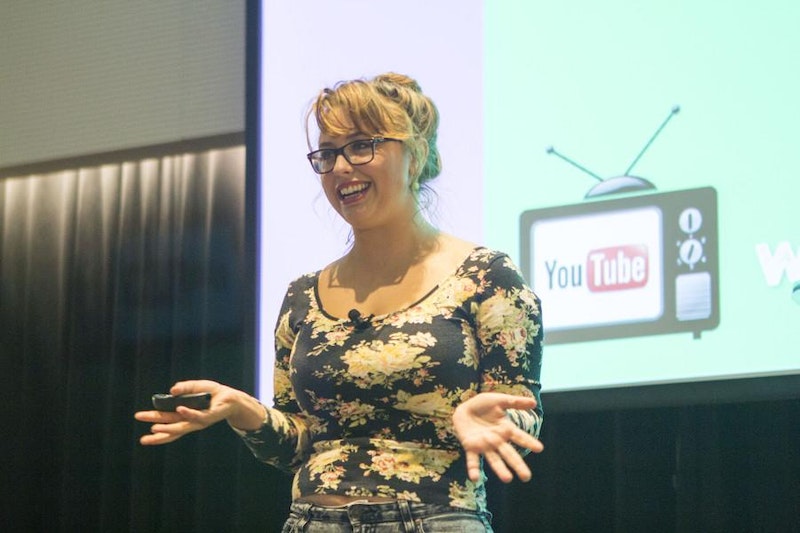 I have a lot of younger friends, many engaging in intimate relationships for the first time. Others are planning on it soon, and unlike me, they weren't raised in an environment where sex was discussed. Some came from conservative families that actively suppressed anything about sexuality. Since the most they remembered from high school health classes were pictures of STDs, I often dispensed advice. While the book Sex for Dummies remains a great source of information, I knew Laci Green's YouTube channel would work in a pinch.

For a while, Green was the most popular sex educator on the platform. Her channel also contained videos about feminist and social justice issues, and she previously made content about atheism. While these videos had a “pop feminism” feel to them and were most beneficial to adolescent girls who were discovering sex, they nonetheless helped people articulate their own experiences and take solace in the knowledge that they weren't alone. But since Green’s a feminist, she also became a punching bag for the burgeoning alt-right and anti-feminist community. YouTubers like “Sargon of Akkad” and “Tl;dr” have produced response videos (hardly thoughtful critiques) that led to her comments section being flooded. In particular, her video about the actual number of false rape allegations got targeted and many of the commenters left calling cards that pointed to exactly whose video they came from.

Two months ago, Green announced that she was attempting to open a dialogue with the anti-feminist community. This led to a sense of betrayal within the social justice community. While Green’s weathered these storms, many smaller feminist channels simply get driven off platforms because of the subsequent targeting that these response videos generate.

This has the impact of making her previous work difficult to consume. It's hard to recommend a sex education channel that’s now cozying up to some of the worst people on YouTube. What was once a beacon of sex positivity is tainted by the knowledge that Green’s made her flirtations with the anti-feminist community common knowledge. This easily accessible source now feels disquieting to support. I have one less recommendation for friends who simply want to explore their sexuality.