Déjà With a Vu 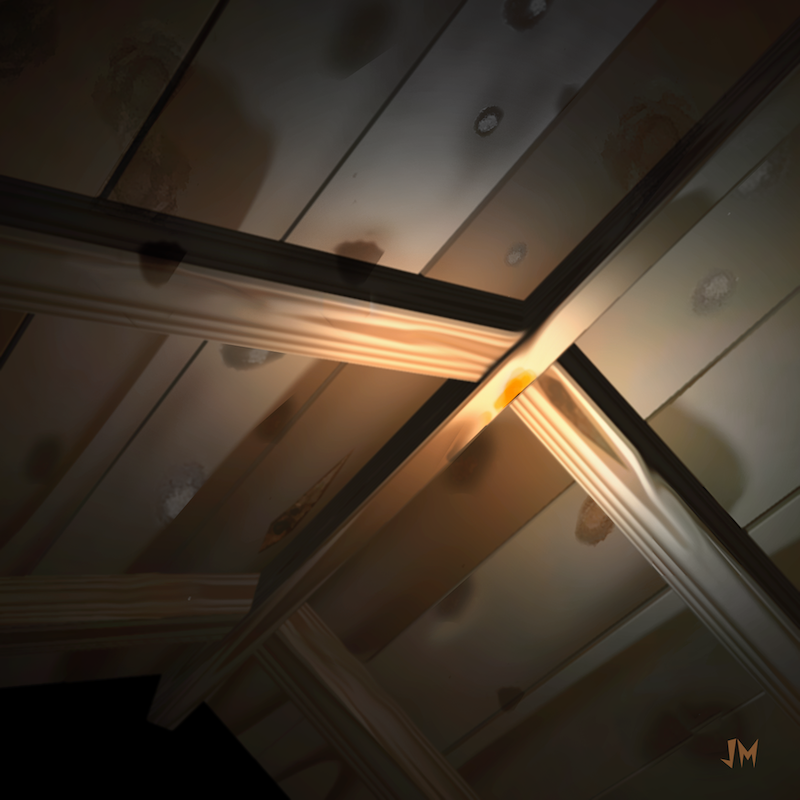 Give me a cabin or a cottage, just do me a favor and shut the door on your way out.

At this sort of digitally-isolated, non-curated rental, the outside modulates the inside. Books read better here. Simple sandwiches taste like a million. Drinks sink smoothly. Merely pulling on a sweater is a pleasure. And all these interior special effects are enhanced by a few windows delivering outdoor TV of the highest definition.

Peculiar as it might seem to fly 1000 tedious Covid-masked miles to watch great television, I do get out a little.  My change of channel here is a lakes region market down the road.  Dee-Dee's sells bait and tackle, papers, lobsters and cold cuts and sundries. While I don’t care for fishing or lobsters and glaze over at the sight the newsprint at home, Dee-Dee's is just the sort of place where I like to dawdle a few minutes before getting back to my perch.

Sheer nostalgia? If so, its onset arrived awfully early. While I once loved raising and demolishing sand castles, digging moats and sparring with breakers, beach play wasn’t the shore’s main attraction. That would be my family’s modest Jersey rentals themselves, changing every year, steps from Manasquan’s tiny corner markets and its scuffed rhinestone of a WW2 era pocket boardwalk arcade.

Those interiors I thought about most of all. Hard. Not to say all my thoughts were good and certainly none were deep. Obsessive? Yes. The nuanced otherness of our rentals compounded summer after summer, such that no altered state I know is both strangely attractive and unsettling once inevitably thought about too much.

Before email, before wireless escape and encroachment, before dirt-common portable TVs, cottage rainy days could mean a lot of I Spy and Bird, Beast or Fish. Or cards. Or Parcheesi. Or whatever yellowed Penguin Pocketbook of an opaque mystery I might pull from a shelf and drop hot potato. Bad weather-bored with all that, I got down to what became my recurring business of vacation, that is, plunging through memory's sinkhole.

Okay, at six, I didn't plunge far. Might’ve had one beach house under my belt, but by the second, that was enough to raise an eyebrow at the red-checkered oilcloth on the dinette and recall there was neither at our first place. We lacked a dinette set at home, which in the 1950s was akin to lacking car with fins, so that was a plus. The oilcloth was salt air sticky on humid days, so that was a minus, skin-crawling as Sea & Ski tanning goop applied against my will. One memory led to another. Still does.

Hereabouts, down the lake road, Dee-Dee’s takes me back three score and five to a Jersey shore next-door pre-convenience market. Its Coke machine stood sidewalk sentry, vending glass bottles you could almost yank out for free. Inside, a fan-cooled dark hodgepodge of staples and impulse items lured me, Tastykakes to racked comic books. Thanks to relaxed beach retail ambience, I could comfortably speed-read the comics, running the rack after a day or two. That’s all it took to become a regular, sent out for The New York Times, Newark News, Borden’s milk, Sunbeam bread, Popsicles and Eskimo Pies in my bare feet.

That was August 1955. Yesterday, September 2021, I established myself at Dee-Dee’s, gabbing with the younger deli guy and older cashier comparing our New Hampshires.  I’m a high school/college NH grad, a long-gone former resident. We swapped a few stories. The market was post-summer, pre-foliage season still. Our easy talk was autumnally wistful, of a familiar muted tone. I remember that tone as one of a bunch of Jersey shore kids gathered around and given pause by a beached Sea robin very late in August, surely a sign as bad as a Back-to-School sale.

The day after that memory, right now as I type, a kayak paddle propped-up by our fireplace recalls my mid-30s, maybe later-1980s, a lakeside Maine cottage weekend with college pals. I can see us, Old Town canoeing checked-off, cheeseburgers and corn on the cob polished-off, settling-in by the hearth with more beer and shots and a Billie Holiday cassette loop for an all-night drunk.

I can hear us laughing like our lives were just beginning.

Over my lifetime, cottages, cabins and camps I’ve known have become almost the same place, insofar as visiting a new one returns me to all the rest. This situational dreamtime kicked-in long ago and episodically never let up. It’s a layered thing, distinctly sedimentary as cliff walls. How many times have I drifted down this creek canyon, by turns cozy and melancholy, cutting a little deeper with successive bungalows?

It’s late-morning and I’m still indoors squinting at my laptop. My eyes stray to our cottage’s unpainted rafters and decking. So many knots, same old switcheroo. I’m flat on my back in a 1950s beach house attic bedroom. From not-my-bed, beneath not-my-bedspread, allowed to leave a dim light on when I hit the hay, I’m staring up at knotty bare wood. I’m staring like I might have stared at our black and white television at home. But I’m not at home and I’m not amused. The knots stare me down, eyes spooky enough to shut mine.

Now I remember. Back then, too much sun was always a great soporific. And these days, I have the nerve to nap before lunch. And now my phone is out of data. My brooding game gets better every cottage. My memories lose borders across a timeline elastic as taffy.