The people who opposed violent video games got it wrong when they said the games cause violence. 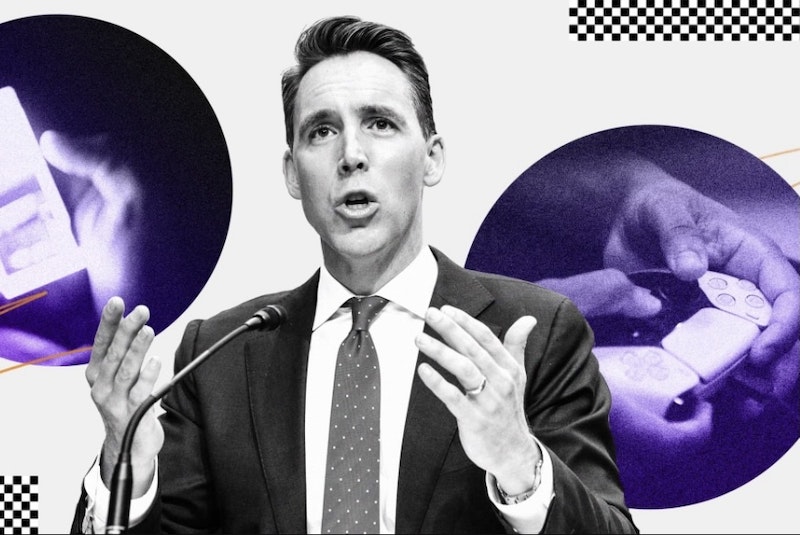 Sen. Josh Hawley has a problem with video games. He thinks that they’re a negative consequence that feminism’s had on young men along with pornography and those not working. He said that’s not masculine.

Playing too many video games could be a problem. If someone never leaves their house, never interacts with people, and stays home and plays all day, that’s worrisome. However, there are functioning members of society—teens or adults—who like to play video games. Some are National Honors Society students who are on the football team; I played Xbox live with a handful of my high school football teammates, many of whom were good students. There are adults with jobs that don’t live off the public dole who play video games as a hobby. I like to play when I’m listening to a hearing or town hall for work that I know will be boring. I also play when I’m done working or when I don’t go out, which can involve spending money and drinking alcohol.

For some, playing video games is a stress reliever. It helps them get their anger out. The people who opposed violent video games got it wrong when they said the games cause violence; they most likely reduce violence.

When I was little, my dad played Nintendo 64 with both of his sons. He worked a lot with his hands, and still does. Is he less masculine than some guy in a suit who whines about politics for a living because he spent time with his kids? We also played outside, but you can’t be outside 24 hours a day.

Meanwhile, two things that society considers masculine are hard liquor and cigars. Tobacco and alcohol are both major problems for society that cause adverse health effects. That’s why I haven’t used tobacco in a year-and-a-half and have essentially stopped drinking liquor. That's not to disparage people who like whiskey and cigars, but Hawley shouldn’t go after people for playing video games either.

I do appreciate that, to Hawley, conservatism isn’t just some economic system where we cut taxes for the wealthy and gut regulations without ever explaining to the public what those regulations did. When I think of what it means to be conservative, letting corporations pollute drinking water isn’t my first thought.

Hawley seems like he wants to take action against society’s problems, whether it’s pornography, alcoholism, youth social media addiction, and games of chance for minors. That's not a complete endorsement of his agenda—especially the part where he didn’t want to certify the 2020 presidential election—but he deserves some credit for wanting to take action on social issues.

With a declining life expectancy in the United States, deaths of despair increasing, and more people experiencing depression and anxiety than in previous years, social issues need addressing. The government can’t fix everything. However, if it can help ease some pain, that’s good. Maybe compulsive video game playing is part of the issue, but not video gaming in itself. Let’s focus on the big issues before calling everyone who likes to play Super Smash Bros a cucked soy boy.