I’m a cork on the online ocean. 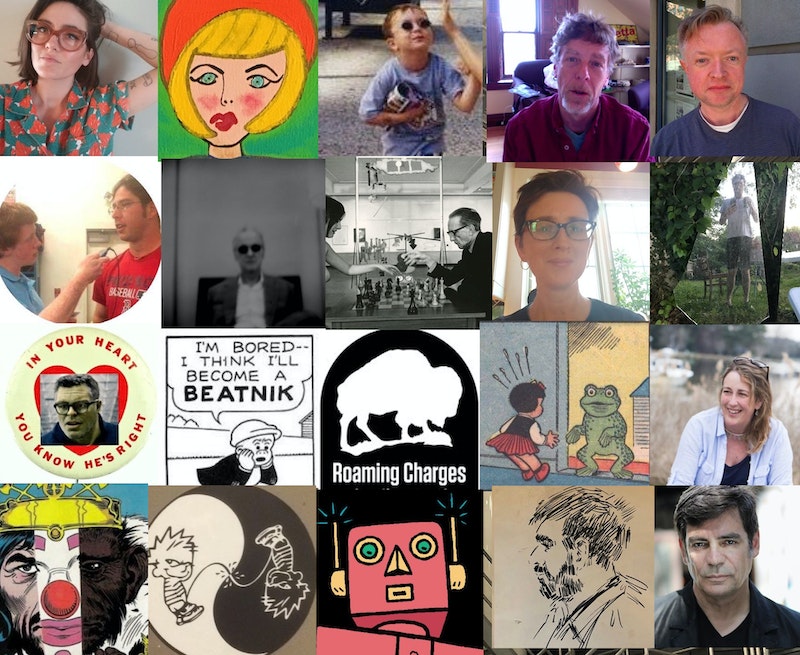 If I were writing on a “scratch pad,” (the new “first draft of history,” as if reliable historians existed anymore, besides a handful that can’t ink book contracts) one thought might be that I’ve reached enlightenment and have entered the “Post-Twitter-Outrage” club, but honesty compels the declaration that Twitter—the only entertaining social media site—never outraged me. It’s true that as I scroll through posts, it’s vexing that in 2021, some people still believe that adding the word “literally” to a comment confers validation (or, even worse, intelligence) and other Internet-speak tics like “It’s almost as if…” and “I’m here to tell you,” “It’s a clown show,” “double down” (still!) and the profligate use of the word “things” when someone’s writing so fast they don’t bother to say something concrete, lest a vital opinion disappears in a puff after Paul Krugman, the affluent Elmer Gantry of “economists” makes a grand, read-every-word statement.

My friend Tom Joyce—an online “friend,” although unlike others I won’t name, New Englander Tom, a mauve-duck conservative who loves the Red Sox, is, I’m certain, a really good fellow—posted one of those “trophy” Twitter celebrations that date a person’s joining the site, and what took me aback is that he’s been active for eight years, and since he’s 24 that means he enlisted at 16. “Fun fact”: after a moment of thought, after that “scratch,” that Sensible Tom began making public statements at 16 isn’t unusual, considering the millions of adults who write like seven-year-olds yet expect to be taken seriously. I signed up for Twitter in 2008, but didn’t really use it until four or five years later. I remember my first admonition from a “mutual”: she’d written something very stupid, and tossed a “literally” in there, to which I responded with a mildly nasty sentence. Five minutes later, she retorted, “You’re better than that, Russ,” which was fitting, because that compounded her undoubtedly unconscious arsenal of cliches, made marginally worse because she was/maybe still is, a magazine editor.

The onetime useful (in moderation) word “mediocrity” has taken a beating since Twitter, a company that has morphed into a censorious International Billboard, is how members of the media (a loose term, and I do mean that in the antiquated 1940s/50s way of describing future chicks/women/womyn as “fast and loose” if they went to bars or smoked cigarettes), musicians, celebrities, athletes, quipsters, poets, novelists, designers and “I’ve been vegan for six days, woot woot” attention-seekers communicate with each other.

Until a couple of years ago I’d never heard of Tom Nichols, a professor/author/NeverTrump Keyboard Resistance lieutenant, who has 546,600 Twitter followers and is apparently popular with a segment of America’s “very online” bravehearts. One of his July 17 tweets typifies why he’s reached such “stardom”; he writes in Twitter-speak, which means he “whispers” and “checks notes,” among other phrases that aren’t lampooned enough.

Here’s the tweet, and “end of”: “So, on the ride home, my daughter taught me to sing along to ‘Hot Girl Bummer’ by Blackbear and now I'm either a cool dad or a complete failure as a father, but it made her laugh and that's a win.”

“Cool dad,” starting off with today’s version of Valley Girl lingo, “So,” which is superfluous, and “That’s a win.” Give Radio Tom credit for not including: “It’s a thing.”

See, this is light-hearted, because the devolution of language—which used to bug me—“is what it is,” and “I’m here to tell you” that’s okay, even if Twitter is 100 times more boring than when Trump was in office. He was obnoxious, reveled in his role as The Narcissist’s Narcissist, very funny (alternating between intentional and unintentional), and drove his detractors off the cliff. That’s a win! I’ve no use for Trump loyalists who continue to monitor alleged vote fraud in, say, Arizona and Pennsylvania (“ackshully” not alleged, as there was undoubtedly fraud on both sides in the pandemic election), praise his despicable conduct on January 6th of this year, and cite sketchy polls showing Trump’s resurrection, whether from Florida or a gentleman’s prison.

Earlier this month I read a New York Times essay by Roxane Gay (who’s blocked me on Twitter; God knows why, but, like David “Axis of Evil” Frum, she apparently counts “blocks” as satisfying scalps), headlined “Why People Are So Awful Online.” You don’t have to read the column to find out the answer: a lot of people are vicious and ugly online because there’s no personal cost when a comment is made to a person who is similarly walled-off by a laptop, PC or phone.

I did read it, and though no worse for wear afterwards (it wasn’t “five minutes I’ll never get back” and I can definitely “unsee it”). Nothing new, though: “I have seen all kinds of ridiculous arguments and conversations. I have participated in all kinds of ridiculous arguments and conversations. Lately, I’ve been thinking that what drives so much of the anger and antagonism online is our helplessness offline. Online we [use of the third-person plural is very popular for Very Online people, or “folks”] want to be good, to do good, but despite these lofty moral aspirations, there is little generosity or patience, let alone human kindness. There is a desperate yearning for emotional safety… It is infuriating. It is also entirely understandable. Some days, as I am reading the news, I feel as if I am drowning. I think most of us do. At least online, we can use our voice [use your words!] and know they can be heard by someone.”

I never feel like I’m “drowning” while reading the news. I just don’t trust much of it. I speak to my sons nearly every day, and after chatting about baseball or movies, we’ll get around to what happened in the world. Plenty, I suppose, but none of us take the time to parse the reality from imagination. It’s not ideal, but “here we are, folks.”