The Tyranny of George Washington

What good is a dollar? 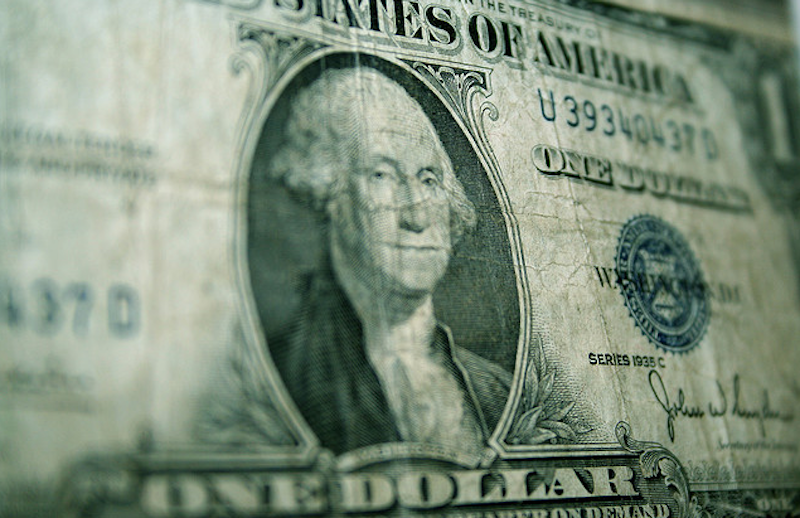 There are few feelings worse, I’ve found, than having a dollar bill in one’s wallet. Scratch that: having a dollar bill and penny-dominated change might trump that. Having no physical currency in tow is preferable to either scenario, because while a dollar and change represents a bridge between having the ability to buy something and being broke as a stick, there’s very little a dollar buys you anymore.

A pack of cigarettes? Not since the 1990s. Candy? No. A soft drink? A Slim Jim? No. A bag of chips? Maybe—but the very act of using your last dollar to buy a bag of chips drives home the fact that a sub or hot dog and a Mellow Yellow would’ve gone great with that bag of chips, that you’re really quite hungry, and that now the dollar is gone, blown on a bag of chips that was vacuum-packed air, mostly.

So in a way you feel worse, but on the other hand, you feel better. Why? Because now you’ve nothing more than pocket change, and there’s no potential for pocket change to get you anything, but paper money—even a $1 bill—creates hope where none should exist. The wrinkled green tender in your billfold peeks out at you, beguiling, and so it seems eminently reasonable that maybe it’s actually a $20 bill, or that if you dug around in your jacket pockets or in the environs of your workstation or established some low-stakes IOUs with co-workers, you’d come up with enough scratch for a food-truck chalupa or something, anything to bid George Washington a not-so-fond farewell. Charities and panhandlers are an option, but they’re never around when you need them to need your largesse more than you need the quiet tyranny of virtual poverty.