Nightlife is a Commodity

Or how I learned to stop worrying and love the twenty five dollar cover. 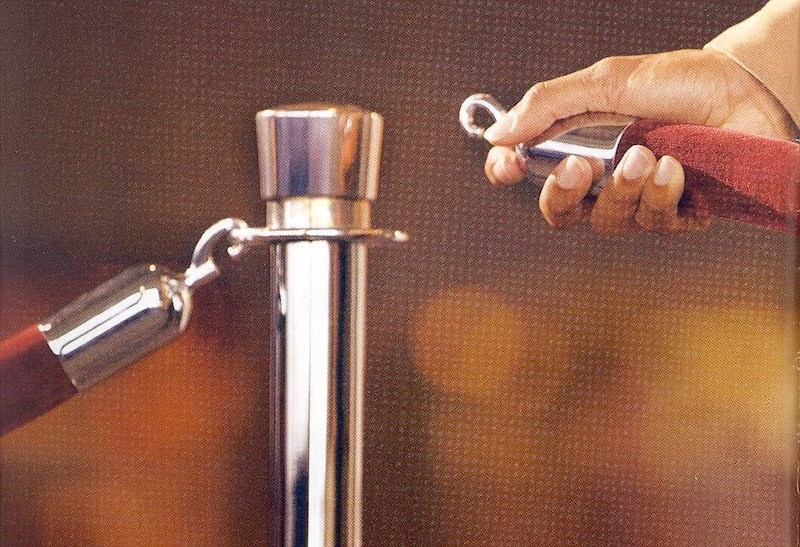 Last Saturday night I went to check out XL Nightclub for the first time, currently the newest, hottest, and largest gay club in New York City, no small feat given how the city has worked to all but extinguish the mega night clubs that once defined the scene. I had no idea where this behemoth was, but then I suddenly saw of gaggle of gays, each of them smoking outside behind a black velvet rope and of course all wearing basically the same t-shirts, so I knew I hit the spot.

I hate paying a cover to go to the club. But I was feeling adventurous, I guess, so when I rolled past the bouncer I took out my wallet and psyched myself up to pay a maximum of $15 for entry. The club is big, new, shiny, and expensive; I figured they would charge a pretty penny to get in. So of course I laughed out loud when the ticket bitch demanded $25. $25 dollars! Mmhm, she said, blankly and matter-of-factly.

Well... that $25 better get me into the secret VIP sub-basement, okay? Anyway, all I remember after that is laughing and walking away, just shaking my head. I felt violated and hot. I couldn’t believe that it was one a.m. on some Saturday night and I was on the precipice of paying a hilarious $25 to be allowed into a space to buy dramatically overpriced drinks and hear generic music that is probably playing in a Wal-Mart somewhere at this very second. But that’s not what made me mad. I couldn’t believe that lots and lots of people were happily forking over their hard earned $25 to get in. So the question I came away wondering was: what were they all paying for? What could possibly be happening in that space that wasn’t also happening in at least 25 other clubs around the city? In keeping my $25, which I can now put towards the purchase of this month’s French Vogue, was I missing out on something?

I’m allergic to clubs with cover charges because, in my experience, they very often seem so generic, and I don’t go out to be bored. The last time I paid to go to a club was $5 (or was it $10?) many months ago at Sugarland, the former pizza point turned Williamsburg gay club down the street from my house. I was with my friend Jerome and we were ready to bounce within 15 minutes of getting inside the space. But we paid so we stayed. Invariably, clubgoer, you pay the whatever-it-costs to go into a space and the moment you get inside, it’s too late! The place is a hot mess or, efff, you hate the music or, ugh, there’s nobody inside or, damn, everybody’s ugly.

I know I sound cheap, but it’s not as though I never pay a cover charge. If a band is playing, or if there is some art or some other such creative expression going on, I’ll gladly fork over the cash. The SPANK and XANADUDE parties in NYC often have performances attached to the evening, so I pay for that. Plus, I actually go see a lot of live music, and recently I’ve been going to comedy shows, too, where you have to pay both a cover charge and succumb to a two-drink minimum. You know, so the jokes are funny! So it’s not as though I’m too cheap to pay.

If you ask me, the only time it’s really okay to charge an arm and a leg to go out is during the big party holidays—Halloween, New Year’s, Fourth of July and Gay Pride—when every bar is trying to capitalize and $50 or even $100 cover charges are de rigueur. That’s just supply and demand! But these events are almost always marketed towards tourists who are coming to take the temperature of “piping hot New York nightlife” and think that paying a such a high price must mean that the experience will be unparalleled.

But is it? Some of the best nightlife experiences I’ve had in New York were at places that never have a cover, bars and clubs alike. These places are typically about the experience of nightlife— fucking amazing dance music, amazing people, a chill vibe, and surprises—rather than the money of nightlife. These kinds of spaces can perhaps often feel more organic and invested in nightlife as an art form that works to bring people together under the euphoria of experience. Look, I know that nightlife is big business, and whether you’re paying a cover charge or not, it’s all about the money. Drinks, bottle service, and who knows what other types of transactions. Nightlife is a serious multi-billion dollar entertainment and gentrifying machine. In NYC alone, 65,000,000 people go out every year, which means that when you pay that $25 to go to the “hot” nightclub, you’re nothing more than a transaction. You are that $25, because a cover charge is an instant way for a club to make money whether you consume when you go inside or not, or whether you stay or go after 15 minutes of being in the place.

If nightlife is a commodity, and it is precisely this because of the way it centers on various levels of consumption—visual, sexual, and substance-based consumption—then doesn’t it seem weird to pay for something you haven’t even seen?