So many companies to boycott and so little time. Drat! 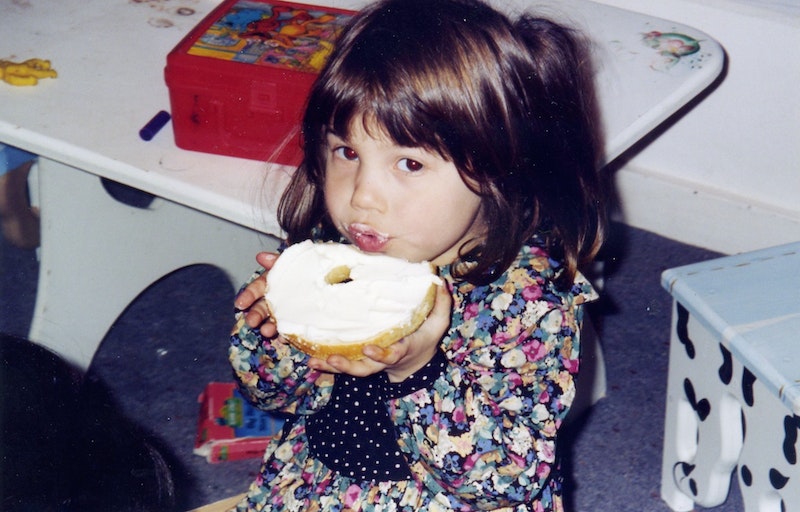 I’ve never purchased a single item at a Chick-fil-A outlet (now the third largest fast-food chain in America, after McDonald’s and Starbucks) and have no plans to in the future. That has nothing to do with the company’s Christian message, which is distasteful, but rather a digestive intolerance for fast food of any kind. It’s likely if Chick-fil-A had a branch on Long Island in the 1960s and 70s, I’d have been a regular customer, as I was at Burger King, Baskin-Robbins and McDonald’s, simply because it would’ve fit my budget. I often ate at Kentucky Fried Chicken when it opened on Jericho Turnpike in ’71 (and our family on occasion picked up dinner at Chicken Delight, a pre-cursor to chicken chains, with the obvious but sensible jingle, “Don’t cook tonight, call Chicken Delight!”), and it was great: back when Colonel Sanders’ legendary, if probably apocryphal, claims of “18 special ingredients” made for the best drumsticks and wings I’d ever tasted.

In the fall of the 1976, when I took a semester off from Johns Hopkins and worked for $75 a week in Denver at a collective wire service for college newspapers, there was a Burger King right next to my dingy apartment off Colfax Ave., and, unless it was payday (when four colleagues and I would splurge for great Tex-Mex and cheap margaritas at the Satire Lounge), I had dinner there every night. When I was down to a couple of bucks, a Whopper Jr. had to suffice, along with several cans of Olympia beer.

I bring this up after reading a smug, unbearably self-righteous essay in The New Yorker by Dan Piepenbring, “Chick-Fil-A’s Creepy Infiltration of New York City” that predictably savaged the chicken company’s march into New York City, which is hardly surprising to anyone who’s lamented (including me) the generic landscape of cities across the country, owing to prohibitive rent and online commerce, the obsolescence of physical retailers/merchants that sell records, toys, art supplies, hotel and airline reservations, books, pet food, clocks for those who still use them, DVDs and even shoes and shirts (which still astounds me, since I like to try on clothing before buying it).

The Brooklyn-based writer says, “Defenders of Chick-fil-A point out that the company donates thousands of pounds of food to the New York Common Pantry [smart business], and that its expansion created jobs [who can complain about that?]. The more fatalistic will add that hypocrisy is baked, or fried, into every consumer experience—that unbridled corporate power makes it impossible to bring your wallet in line with your morals… [Chick-fil-A’s] politics, its décor, and its commercial-evangelical messaging are inflected with [a] suburban piety.”

I’ve lived in cities since I was 18, but what’s with the gratuitous smear of suburbs? A lot of my friends live in the suburbs for mainly one reason… superior public schools.

(The picture above, shot in 1996 or so at our Tribeca home, is of a neighbor friend of my kids, relishing a donut that looks so big that it’d probably be illegal today. Sugar! Tax that sucker!)

As for boycotts, what was the last one that drove a corporation out of business? Not Coors, which was a left-wing cause in the 1970s, and frankly I can’t remember what it was all about. I’m guessing the owners were called fascists, spent millions on an ad campaign softening that image, and proceeded apace. I admired much about Cesar Chavez, but still ate grapes and lettuce in the 1960s. And I’ll bet Bobby Kennedy, endorsed by Chavez in the ’68 California Democratic primary, did as well.

Reverend Piepenbring can counter-proselytize all he wants about the evils of this chain, but he’ll be among a crowd nationwide that’s significantly smaller than the number of subscribers to The Nation, because consumers, by and large (barring a short-lived news event), don’t care about a corporation’s politics. I certainly don’t: I doubt my own politics are in line with those of the Starbucks hierarchy, but there I go, every day, for a venti iced coffee. (I remember when a Starbucks opened in the East Village in the 1990s, as well as a GAP, and there were flurries of protests that ultimately went nowhere). My wife shops at Whole Foods, our entire family habitually uses Amazon, I’m on Facebook and Twitter, we go to the local Landmark Theater… and if God knows what the politics of these financial titans are, he ain’t tellin’. (Though I do find the contradiction of Jeff Bezos paying no taxes—like any savvy huge company—with the left-wing claptrap his Washington Post publishes, a very 2018 sort of irony.)

In short, unless you go the survivalist route, it’s impossible to escape today’s increased corporate domination of food and retail. I’d guess Piepenbring won’t be eating Chick-fil-A “tenders” (unless he sneaks one at an off-hour when no friends would witness the treachery), but as he lives in New York City it’s inescapable that he’s compromising his morals every day.